*Disclaimer: This is another project that I do not have before pictures of. This was done during the insane days that led up to the Better Homes and Gardens photo shoot and I was just happy it got done.

My house was built in 1938. At some point in time someone painted the concrete a rusty red. Then someone painted it baby blue. Both colors were peeling badly. When we moved here we painted the concrete all the same tan color that matched the brick. We just used regular exterior paint. It stayed well on the foundation but the steps didn't fair as well. Two years later the tan started to peel and wear away. I began to research paints to see if there was something we could use that would last longer. 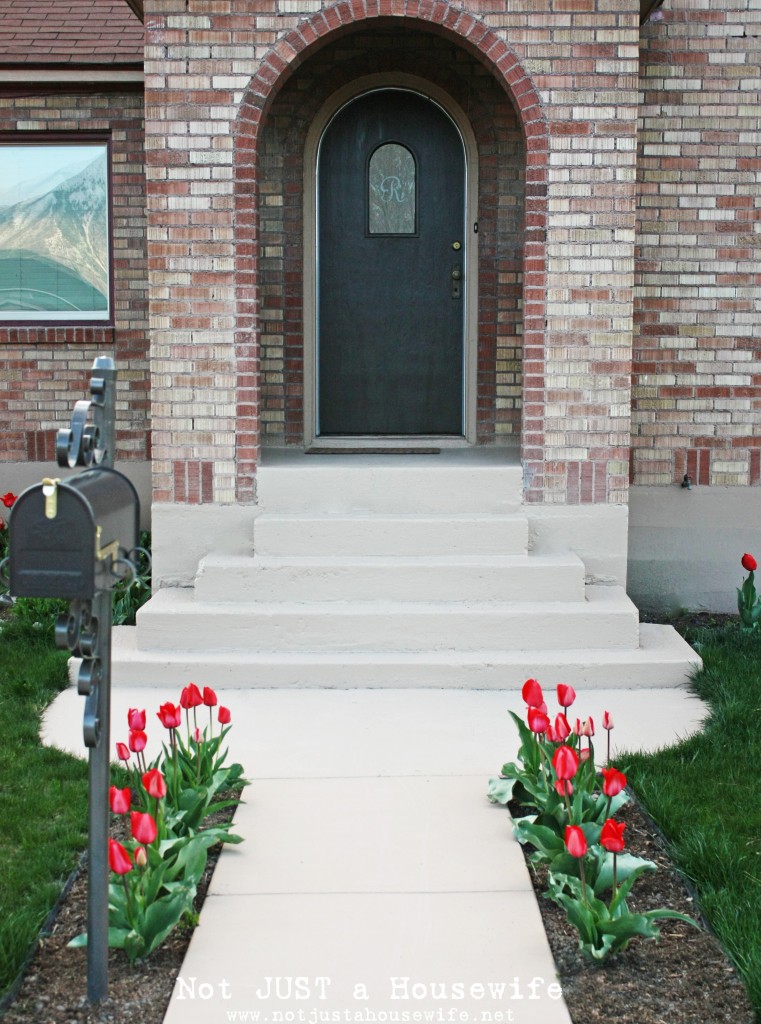 I found out about Behr concrete paint. (FYI Behr has no idea I am writing this. Totally just me just tellin' about my experience in hopes it helps one of you)

It is meant for garage floors but can be used for walk  ways and steps. There are several steps you can do. There's a cleaner, etcher, primer, and paint. We chose to rent a pressure washer and spray the crap out of the steps to get all the loose paint off. As soon as it dried we primed it with the special concrete primer. We did both sets of exterior steps so it was a pain not to be able to step on them. Luckily we have a basement door. The primer looks like Elmer's glue and it stays tacky. When it "dries" it goes clear. Then it is time to paint. They have several different colors and we  lucked out cause one of them matched the existing tan paint on the house. 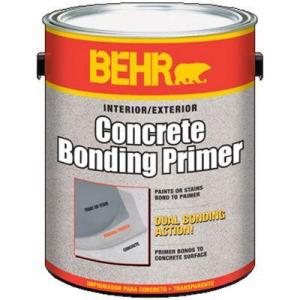 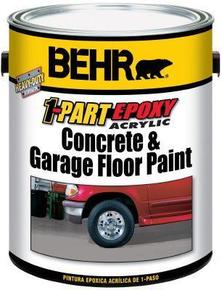 The walk way that led to the steps use to be bright PINK. I kid you not. And it wasn't painted pink. Nope. The concrete itself was pink. I have never been so excited to paint something in my life! 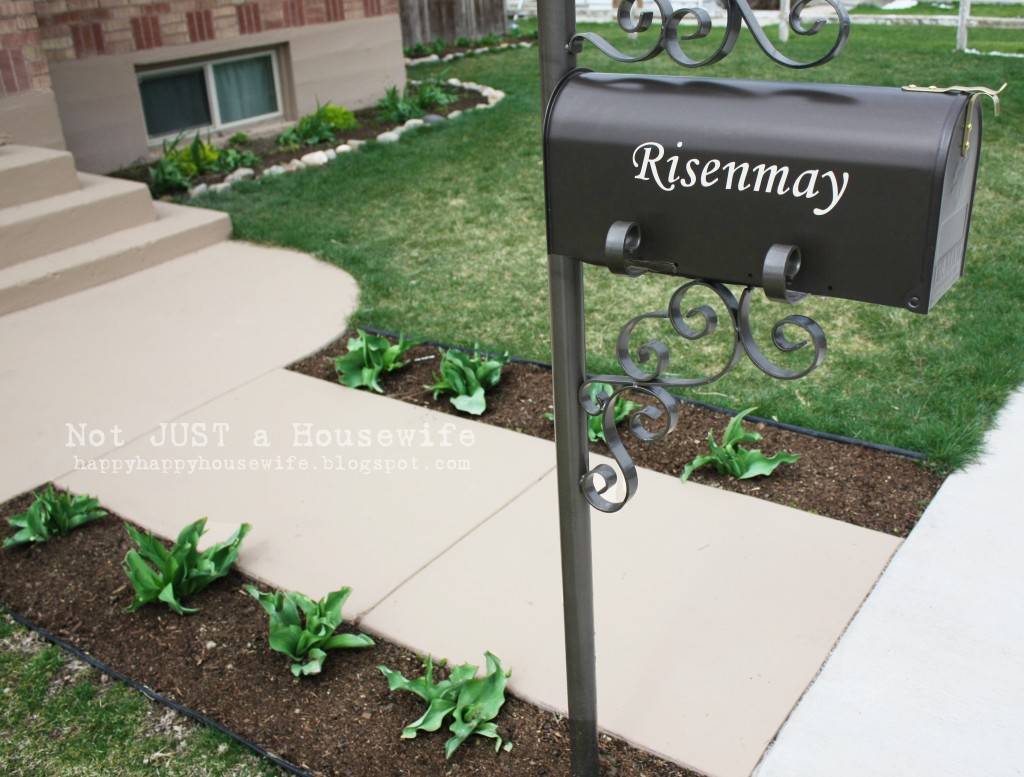 It has only been one month since we have done it so I can't tell you whether or not it will last forever and ever.  But I have been impressed with it so far. Regular paint is kind of soft and rubbery (hence the peeling) and this seems rock hard like it became part of the cement. Plus all the reviews I read were positive.

Have any of you used this paint before? What did you think of it? I would love to know about your experience.

Linked up to Today's Creative Blog

« Hooded Towel Turorial By: Tammy
My form of therapy... »