Shutters have been on my list for ages and ages. I built these shutters this summer. I stained them in early fall. And I am just now getting around to hanging them. The second we had them up and I stood back to have a good look I said to Shane "Why did we wait so long to do this?" It was such a simple project and yet it has such a big impact. 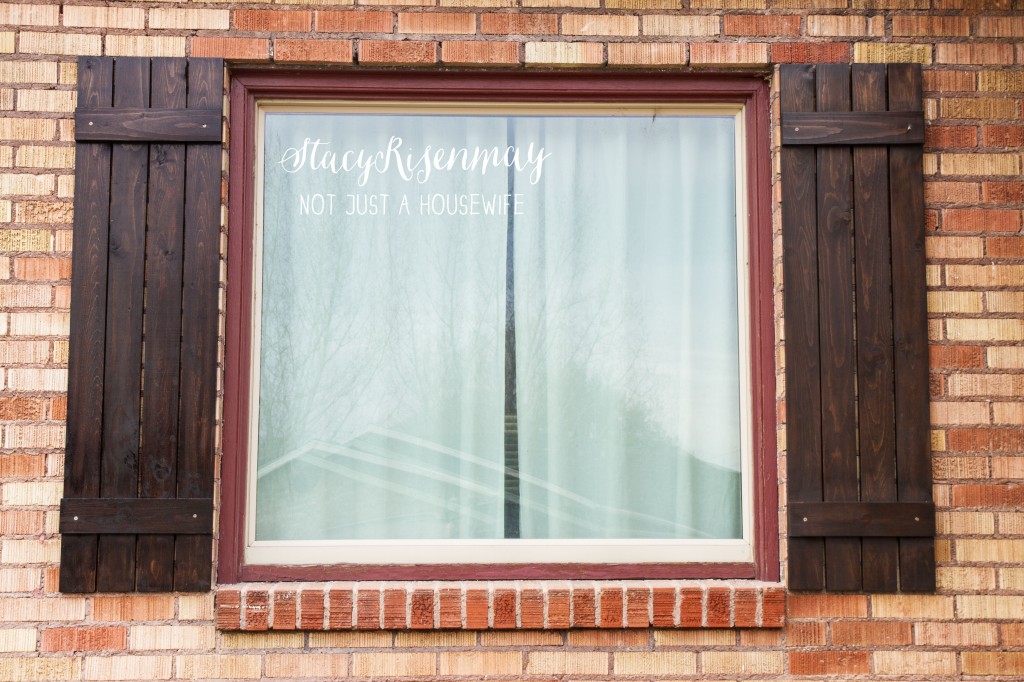 Because I waited so long to hang them, my flower beds are full of dead and half dead flowers. It snowed but then melted. Nobody wants to see that mess! So I promise to do a full on reveal when it snows and covers my flower beds. 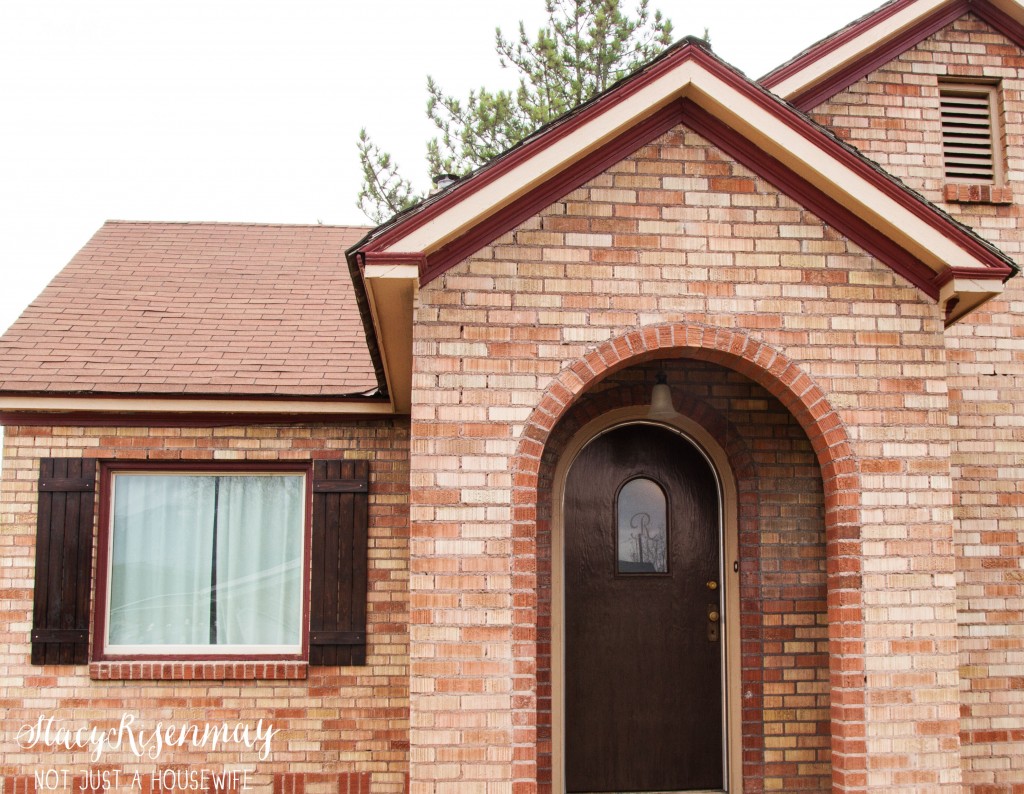 They really are simple to build and easily customizable. I just measured my windows and decided how wide I wanted them to be. I bought some 1x4 boards and cut four (per shutter) the the same length as the height of the window. Then I cut a couple of cross pieces the width that I wanted. I decided to have the slits in between each board be thin but I have seen them much wider. 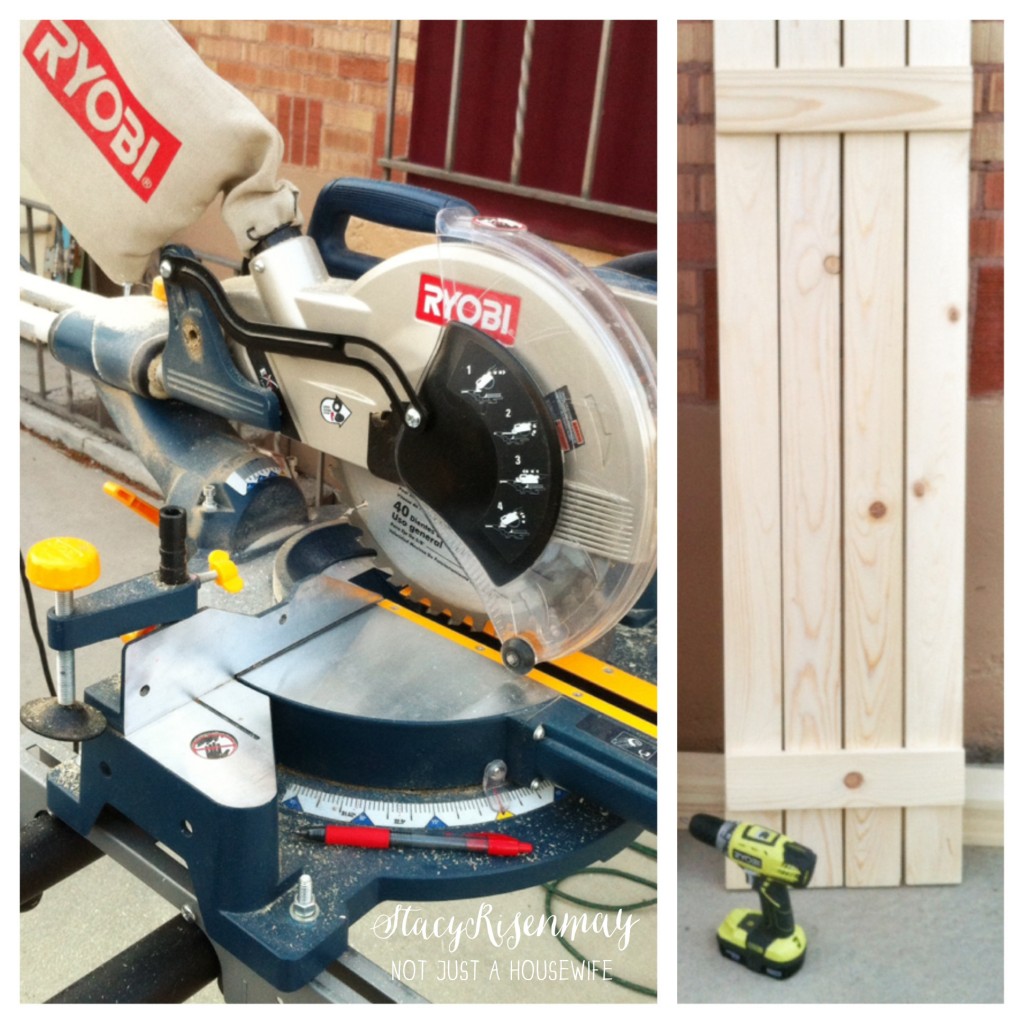 I screwed them together with deck screws (nails won't hold up in the weather over time in pine) from the back so you don't see all the screws.

I attached the outside boards first to make sure they were right along the edge of the cross board and secured them with a screw. Then I eyeballed where the two in the middle should be and screwed them into place. I eyeballed it for two reasons. First, I was lazy. Second, because I knew some of the boards were a little warped and therefore slightly imperfect. If I had measured, it still would not have lined up perfectly so why add more stress. But I get it, you may have an inner need to measure. Go for it :) Each board ended up with two screws on either end. 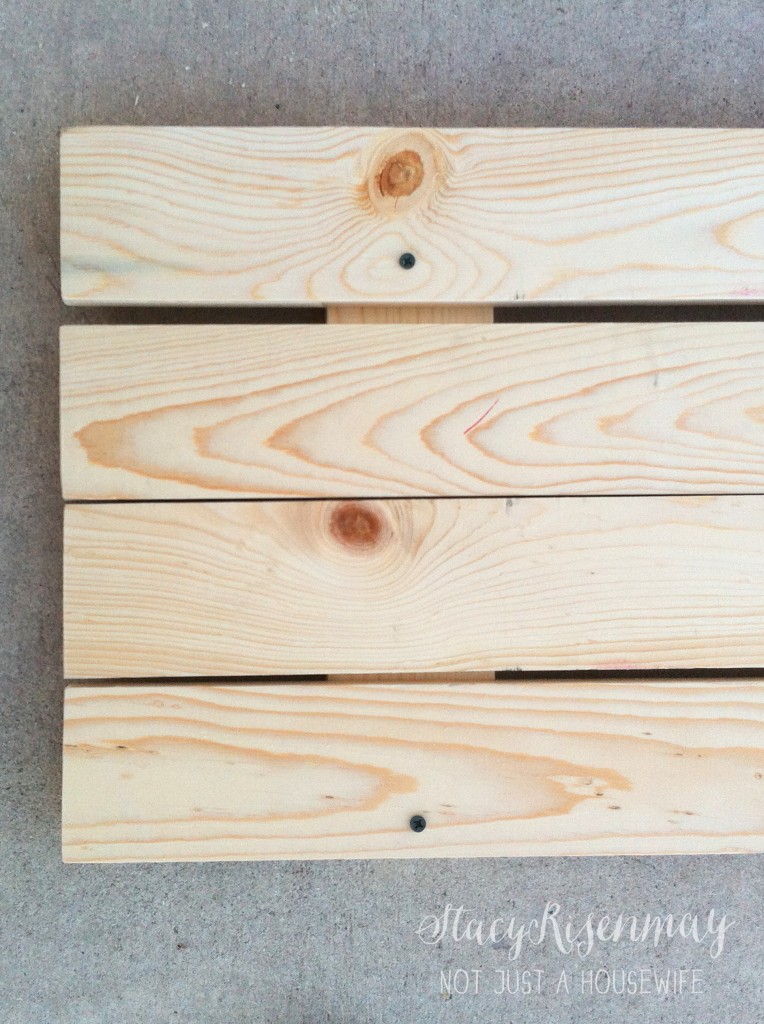 I stained them the same color as the front door which is Dark Walnut from Minwax. 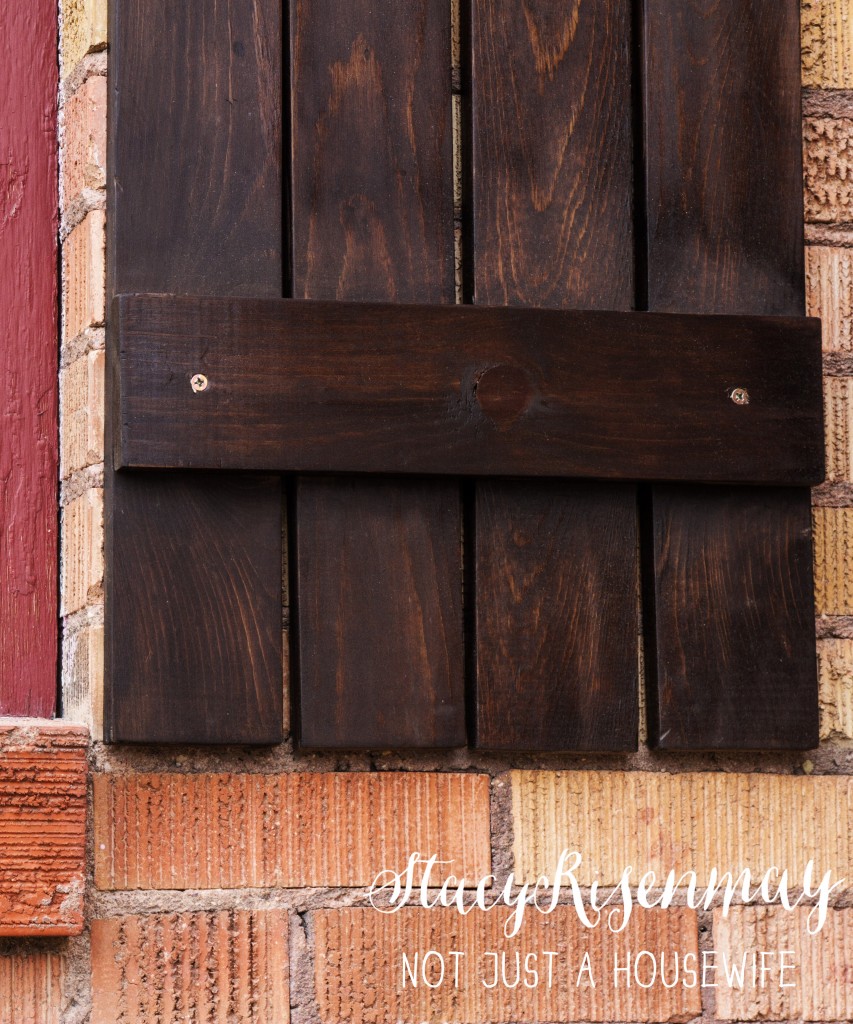 And just because a reveal is not quite complete without a before and after.... 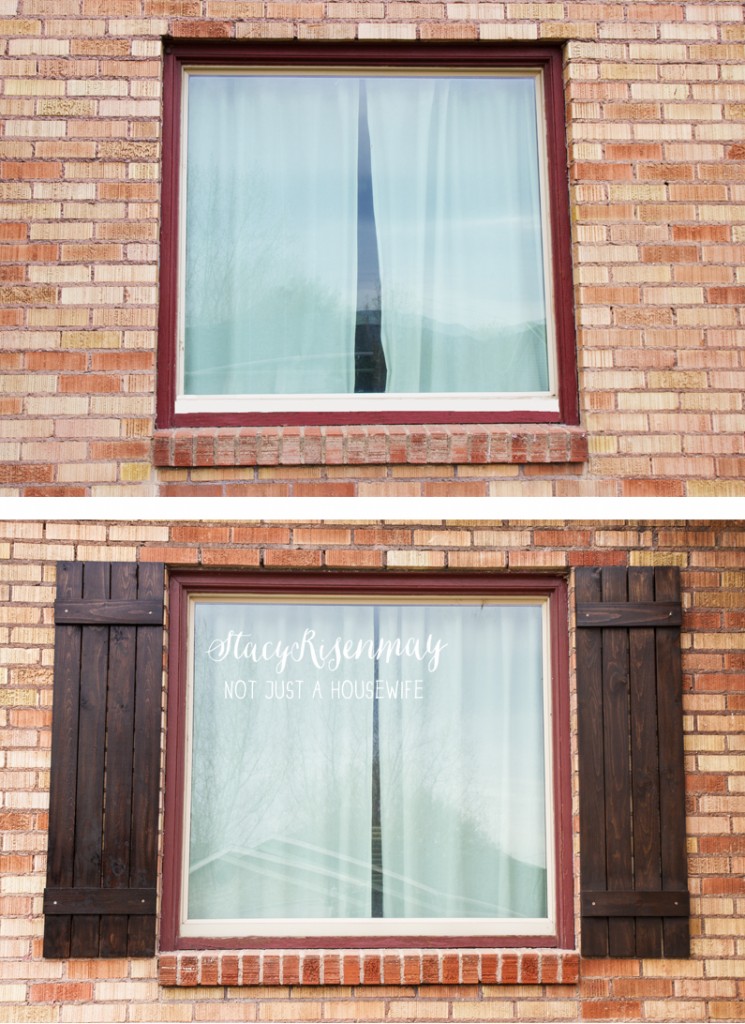 Tomorrow is the monthly linky party and I should have another post up later this week if all goes well. I can't wait to see what you have been up to!