I love this little side table! It is such a space saver and was really simple to build.

Like I mentioned in the reveal post of my son's new space, he wanted a side table with a lamp. I had a side table that I had built but then had a "duh" moment when I realized that his bed has drawers. If I had a regular side table the drawer would be blocked. So I moved on to plan B. 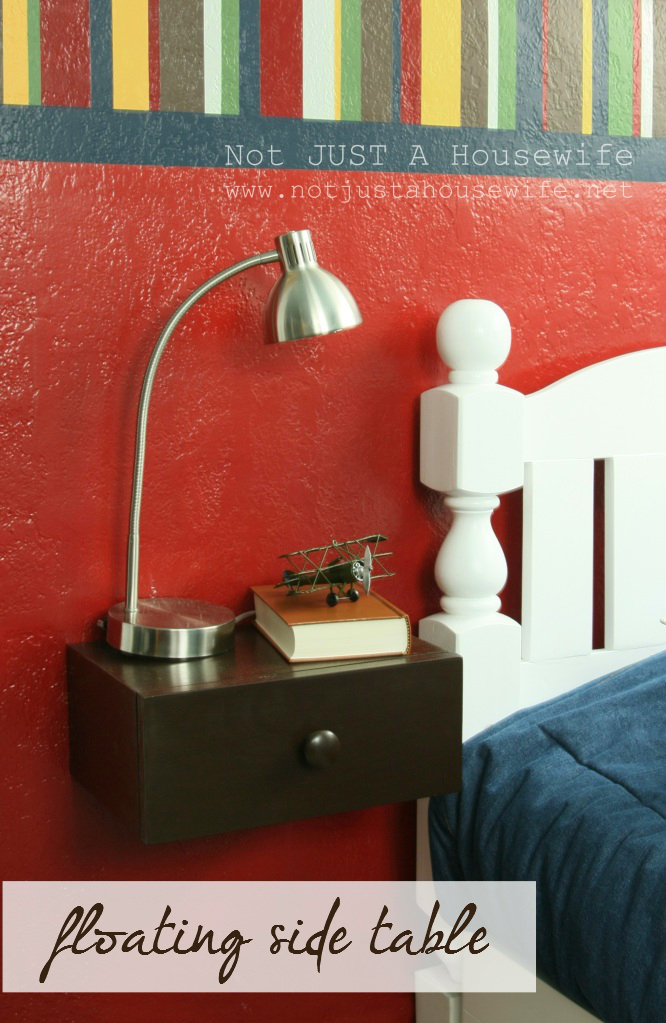 I decided to make a side table that didn't have legs and then mount it to the wall. I had done something similar in my bedroom with an old medicine cabinet. 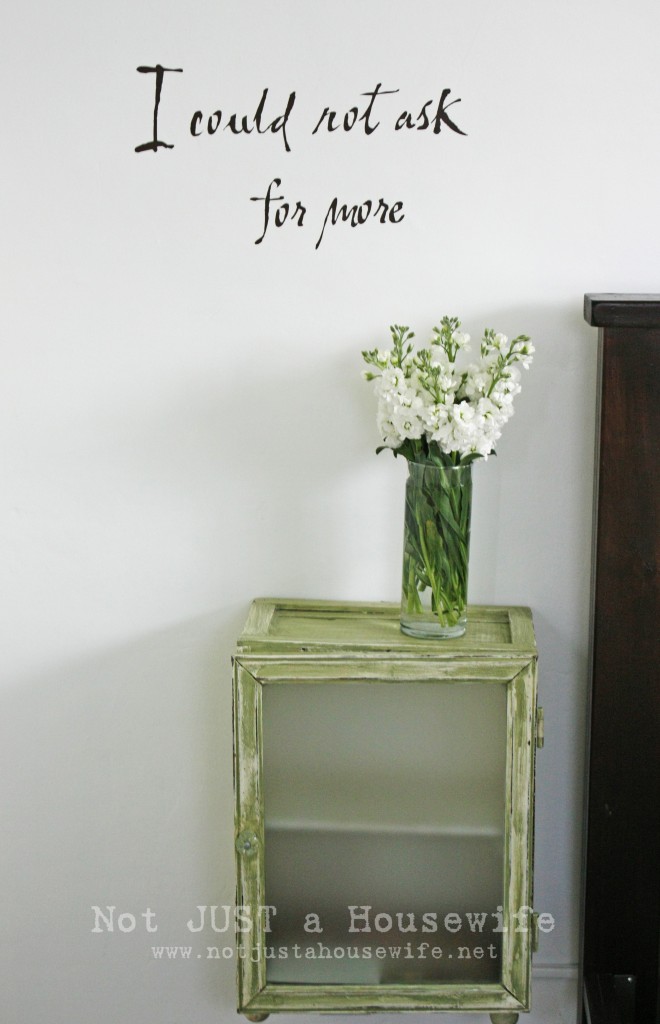 Fist off, you need to decide on the size that you want. I didn't want the door to hit into it when the door opened so I measured based on that. I cut some wood I already had out in the garage to the right size.

The using a table saw with the blade at an angle, the pieces got cut at a 45 degree angle so the fit together like this: 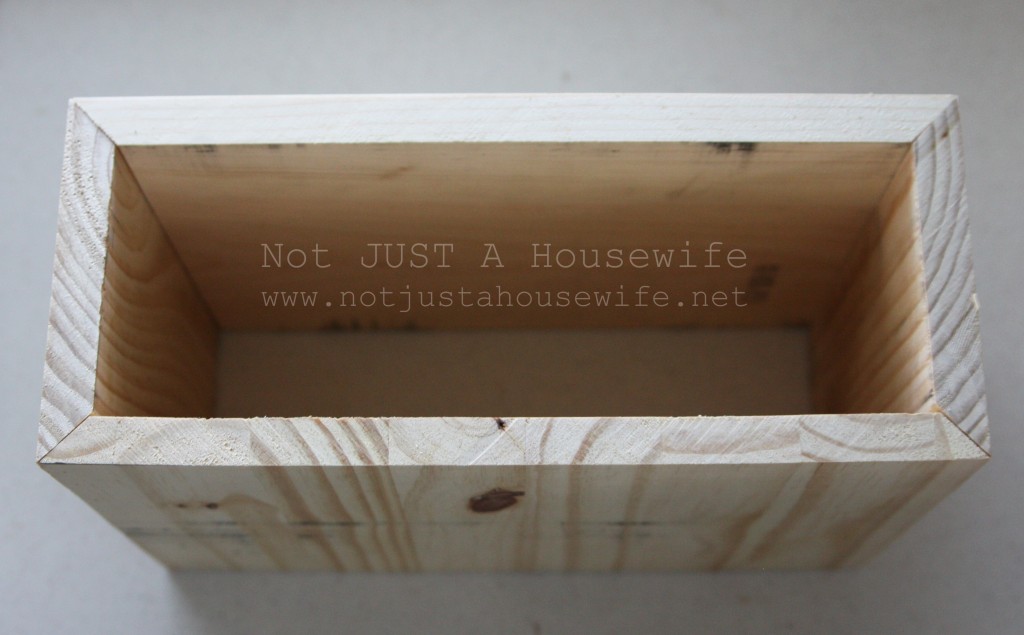 I like to do this so there are not any noticeable seams. Especially if you are going to stain it. 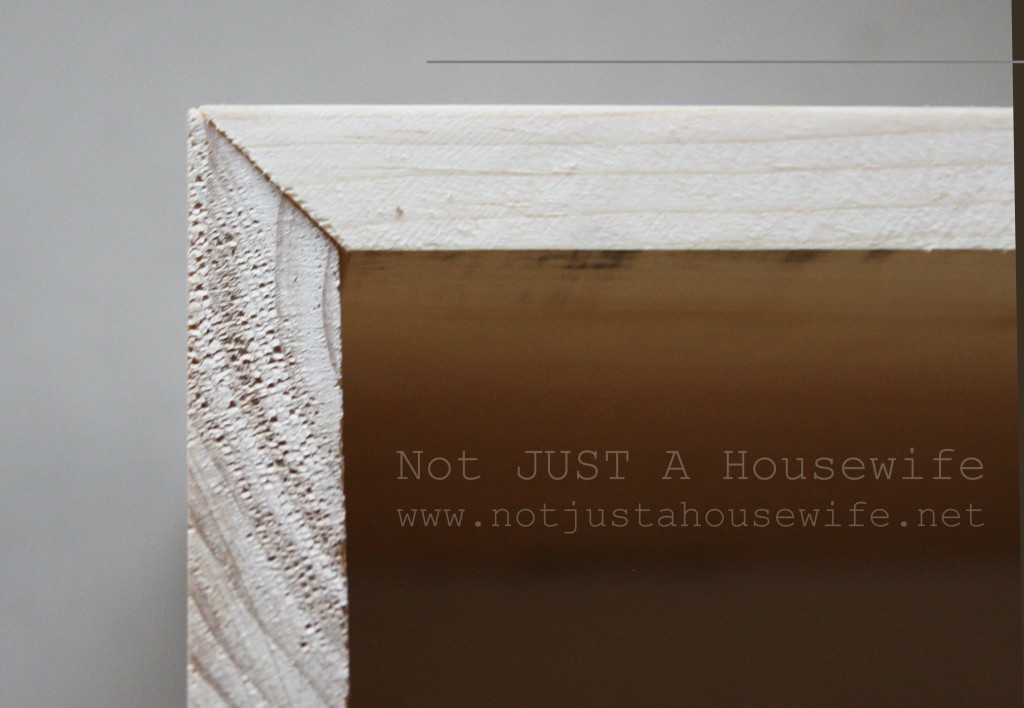 Another option though is to do a butt joint. Here is picture from my shadow box tutorial showing an example of a butt joint. It means the pieces of wood are butt up against each other. 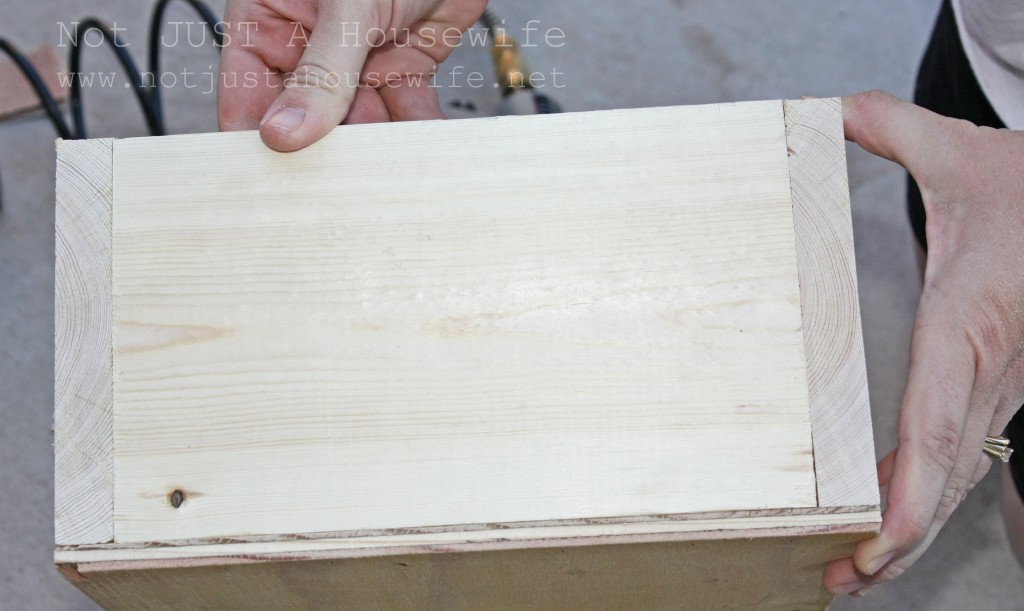 I was going to be using a Walnut colored stainable putty so I was not concerned. 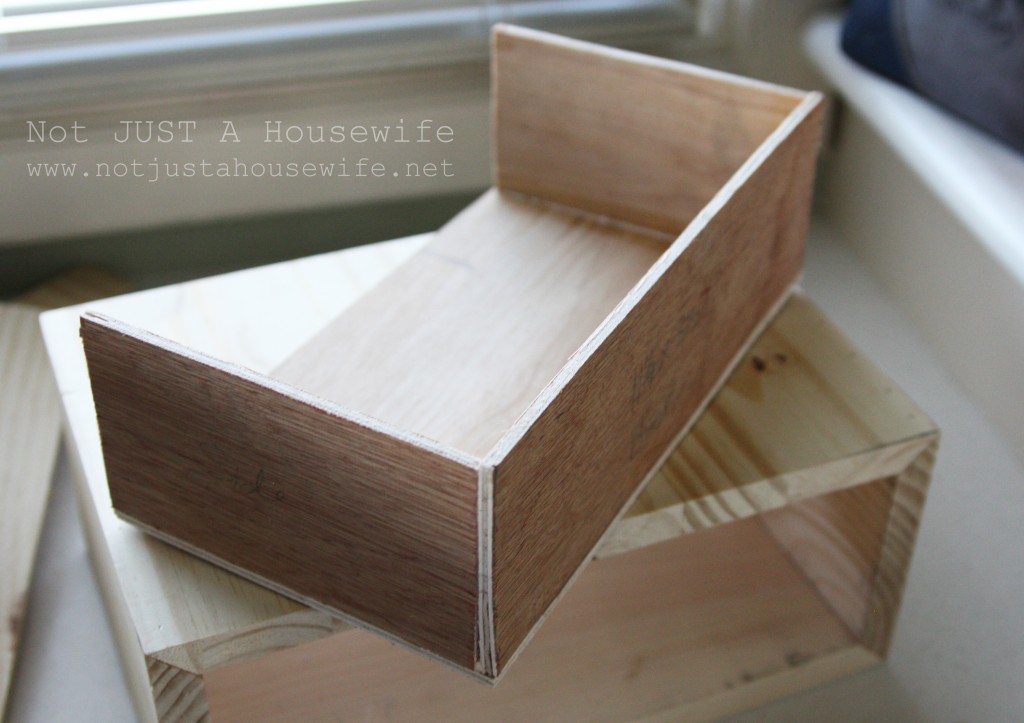 Here you can see the nail holes on the drawer front. I traced the drawer so I knew where to nail and so I could make sure it was centered. Then I puttied the nail holes. Sanded, and stained it using my favorite stain.... Gel Stain in Walnut from Minwax. Best. Stuff. Ever! I put a lot on because I wanted it really dark and rich. 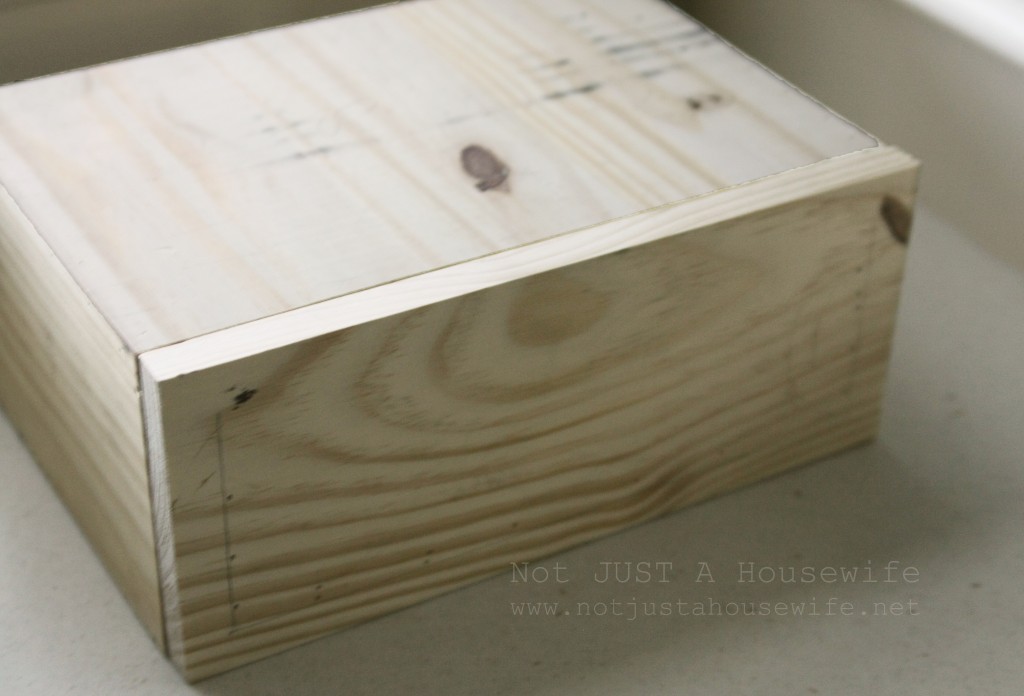 As far as haning it goes, I hung them the same way as I did the floating shelves (with a drawer) in my office. The difference was that I held the drawer up where I wanted it with the level on the top. I made sure it was where it needed to be and then traced the inside of it with a pencil. When I set the shelf down, there was a rectangle on the wall. This way I knew where the 2x2 boards needed to go. 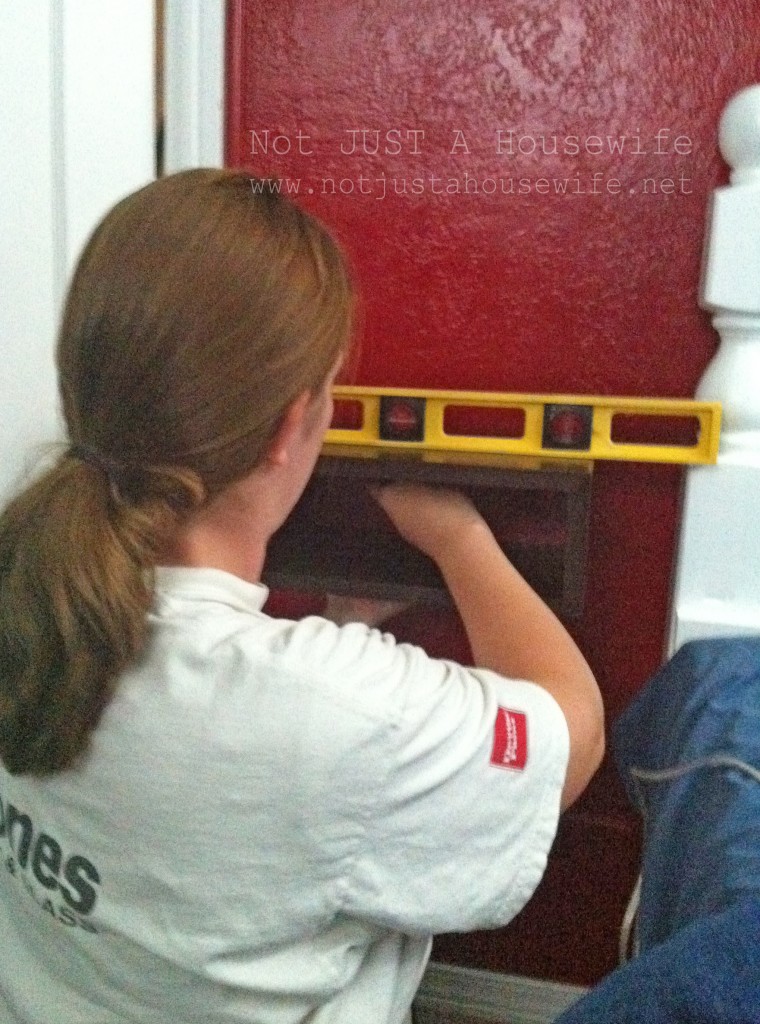 (Pardon the bad cell phone picture taken by my son!)

The other difference was this time I used two boards on the wall. It was because this table/shelf is so much bigger than the ones in my office. I wanted the fit to be snug.

I slid the shelf/table on and then screwed the shelf onto the boards on the wall. I screwed from the top and from the bottom. 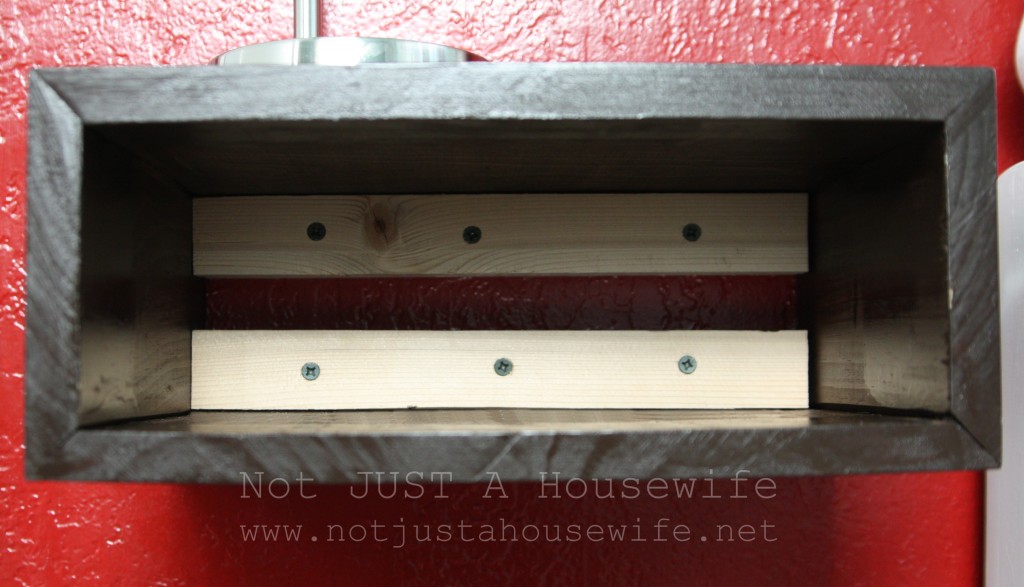 And there you have it! One shelf/table/drawer!!! 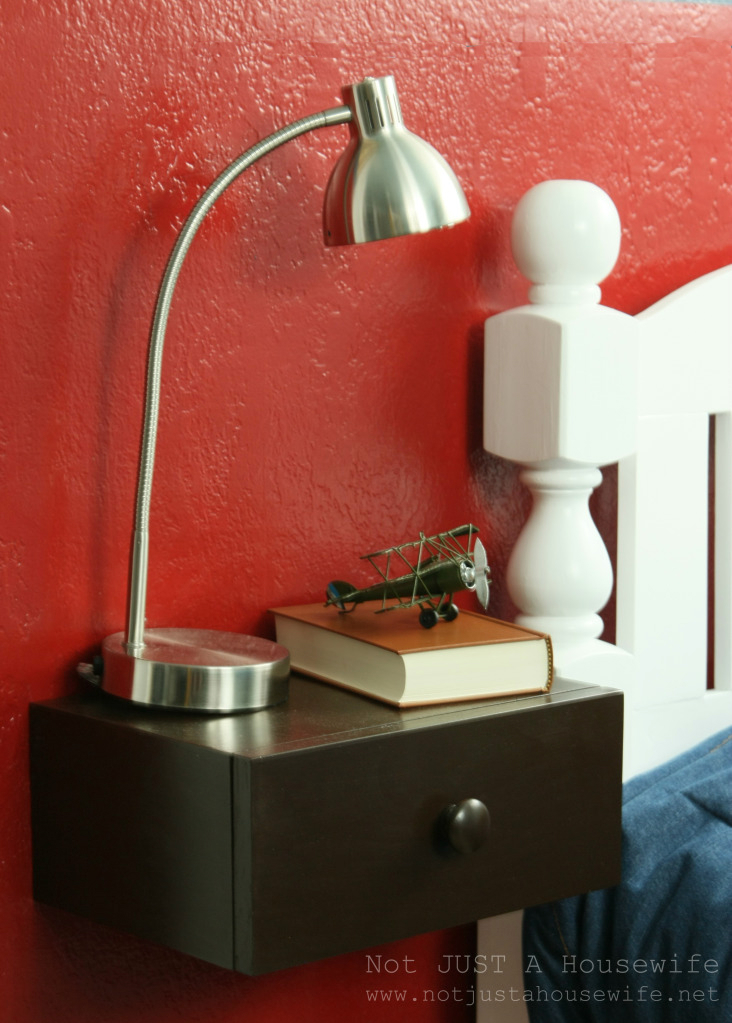 And it is perfect for holding all sorts of treasures :) 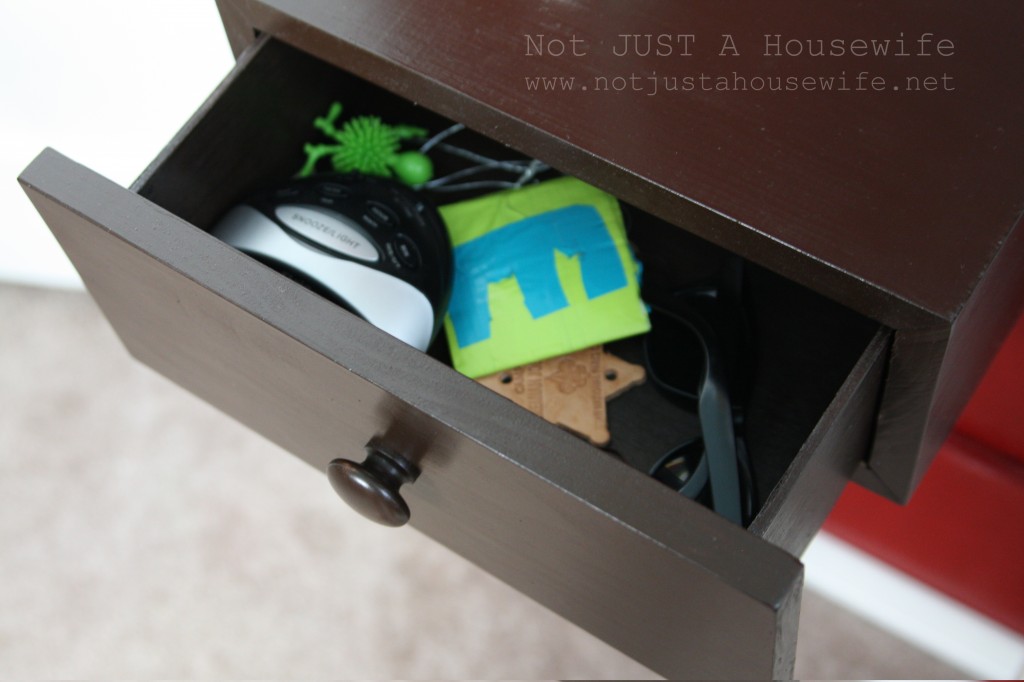