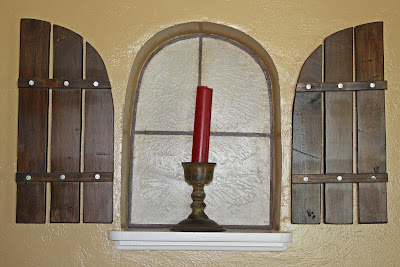 Shortly after buying our cute little 1938 home my mom asked my husband what his favorite thing about the house was. He mentioned the little nook in the front room. WHAT? I had planned on covering it with a picture. So now I had to come up with some way to showcase it instead of hiding it. I came up with this idea. 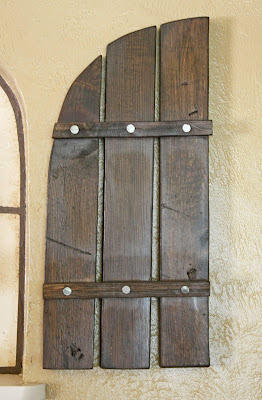 I used a jigsaw to cut the boards. Originally I was going to make the shutters work and have them on hinges. But they would have been really skinny and wouldn’t have looked as good. Plus, I knew my boys would constantly be messing with them if they moved. So I made them the size I thought looked best and hug them like a picture. I also used sticky Velcro dots at the corners so they wouldn’t move if they got bumped. 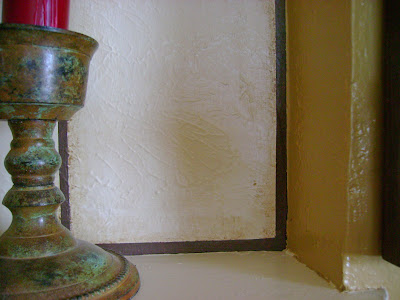 I used brown paint that was watered down and dabbed it on and rubbed most back off to give it an aged look around the faux panes.

I went from not liking the nook to loving it. Now I can say it is one of favorite things in the house too!