I have really enjoyed my new mirror! I didn't realize how boring the old one was until I had this one. I know that the whole tri-fold thing makes this harder. This would be a lot easier if you had a singe mirror/door on your medicine cabinet. That is how my down bath one is and you KNOW it will get decked out :)

Not that you need a reminder of what a builder's grade mirror looks like, but here is my mirror (and bathroom) before: 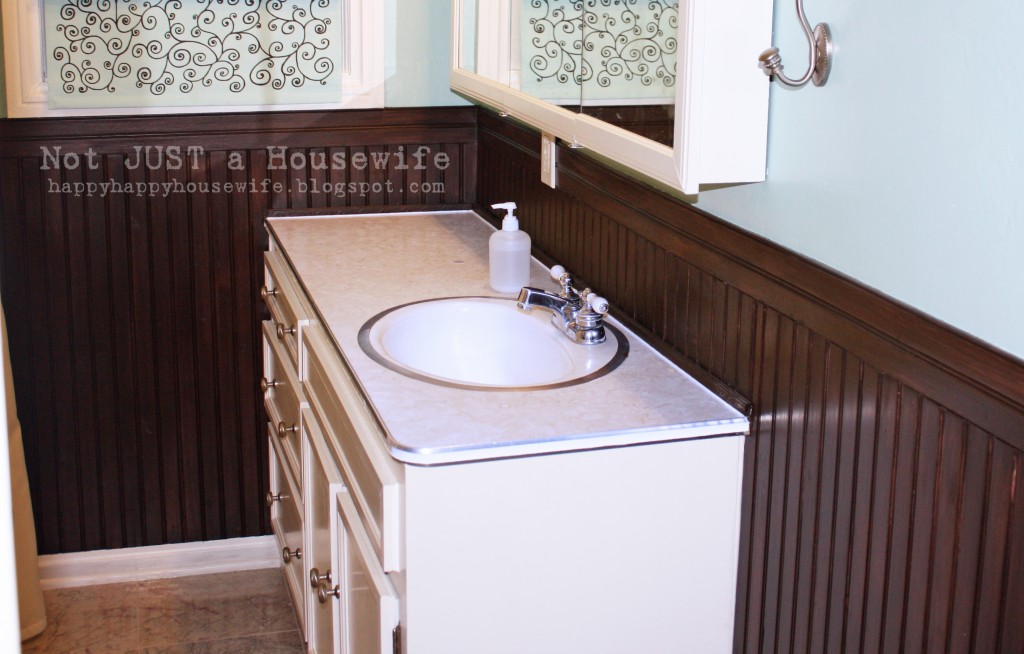 I took the doors off the cabinet and laid them on the piece of plywood. Then I traced it. And yes, my mirror is filthy. I do live with 5 boys you know :) 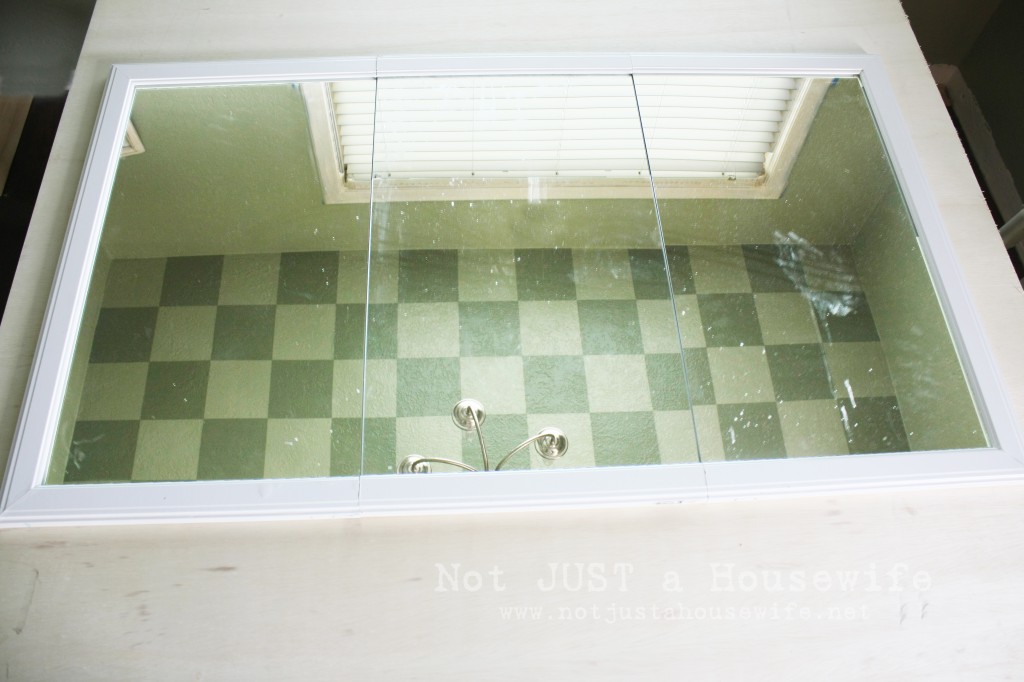 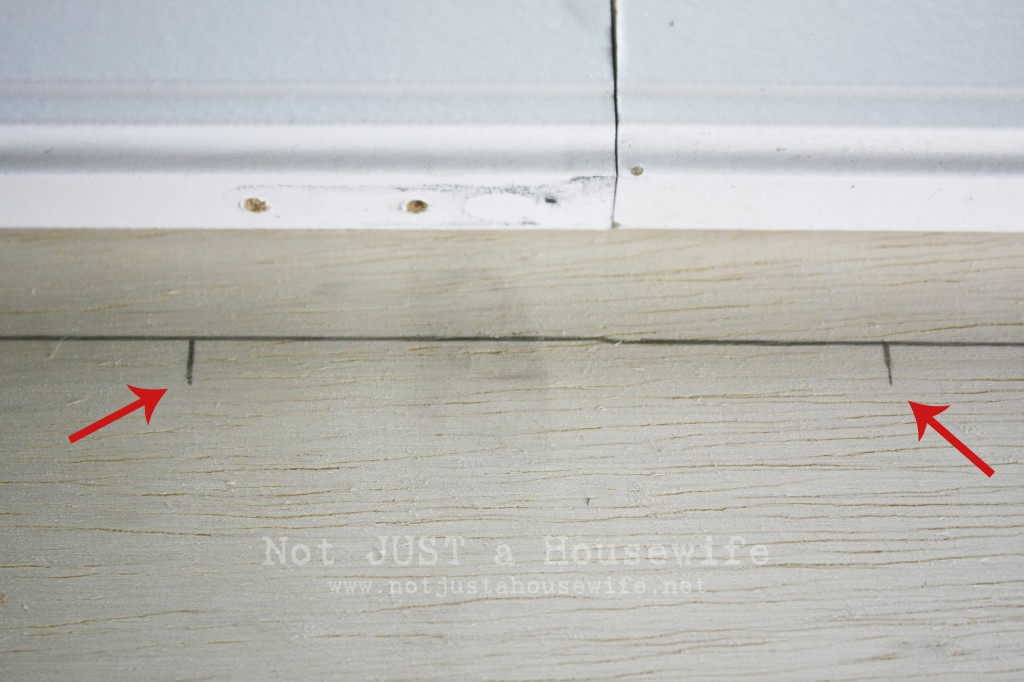 Because the doors need to open, the fancy frame for the mirror can not go below the hinges  so I marked where the hinges go. 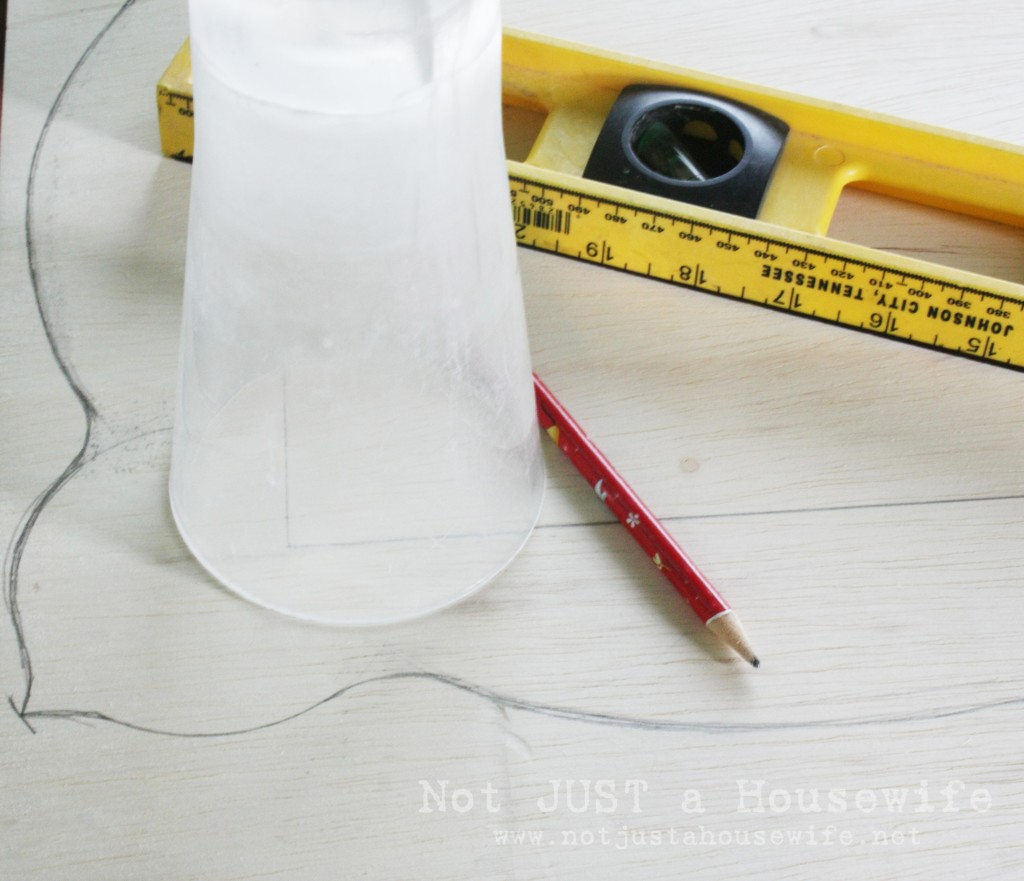 I free handed some of the design but I did use a drinking cup for the rounded parts. I used a ruler so I could measure and mark where all the points, dips, and peaks were so they were all the same. 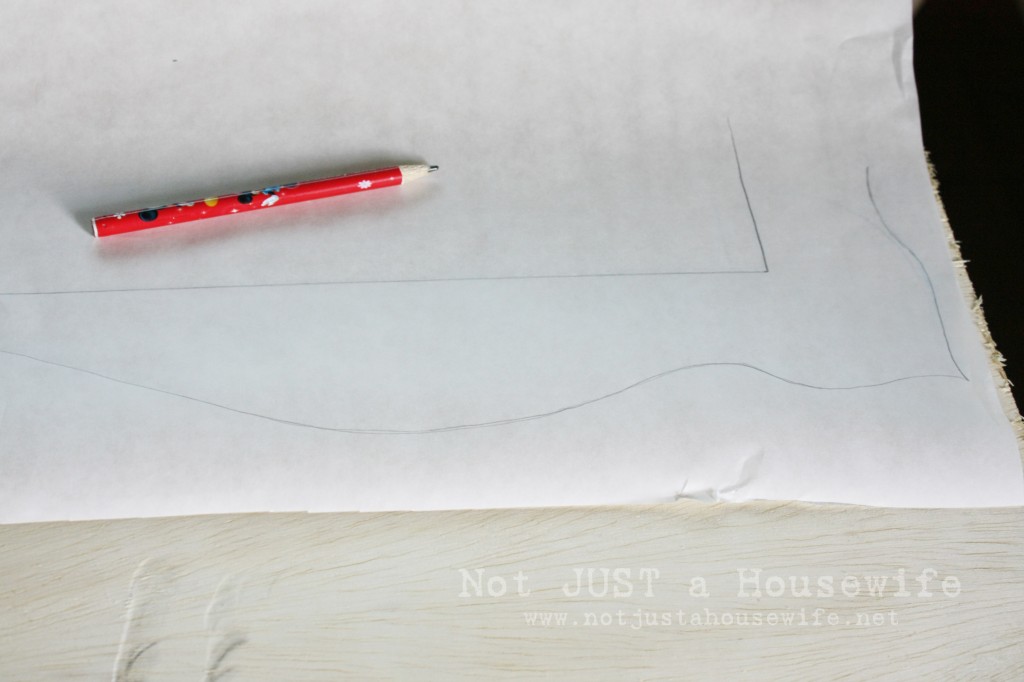 I only drew the design on the bottom of the wood and one side. Then I took some white butcher paper and traced the bottom and the side separately. 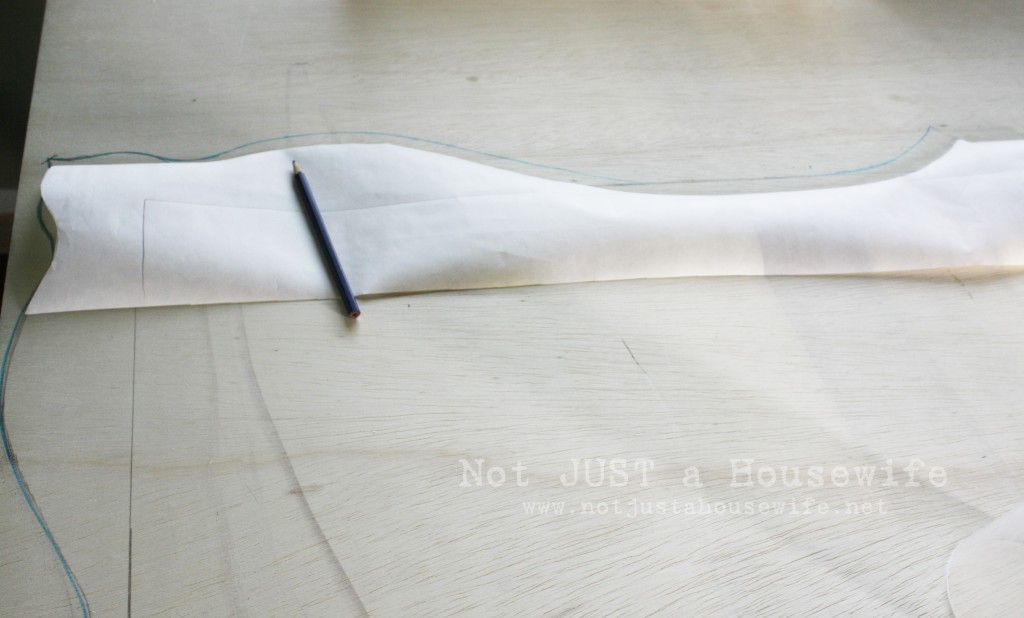 I cut the bottom one out and then the side one. I used them as a pattern for the top and the other side. This way they were all the same. 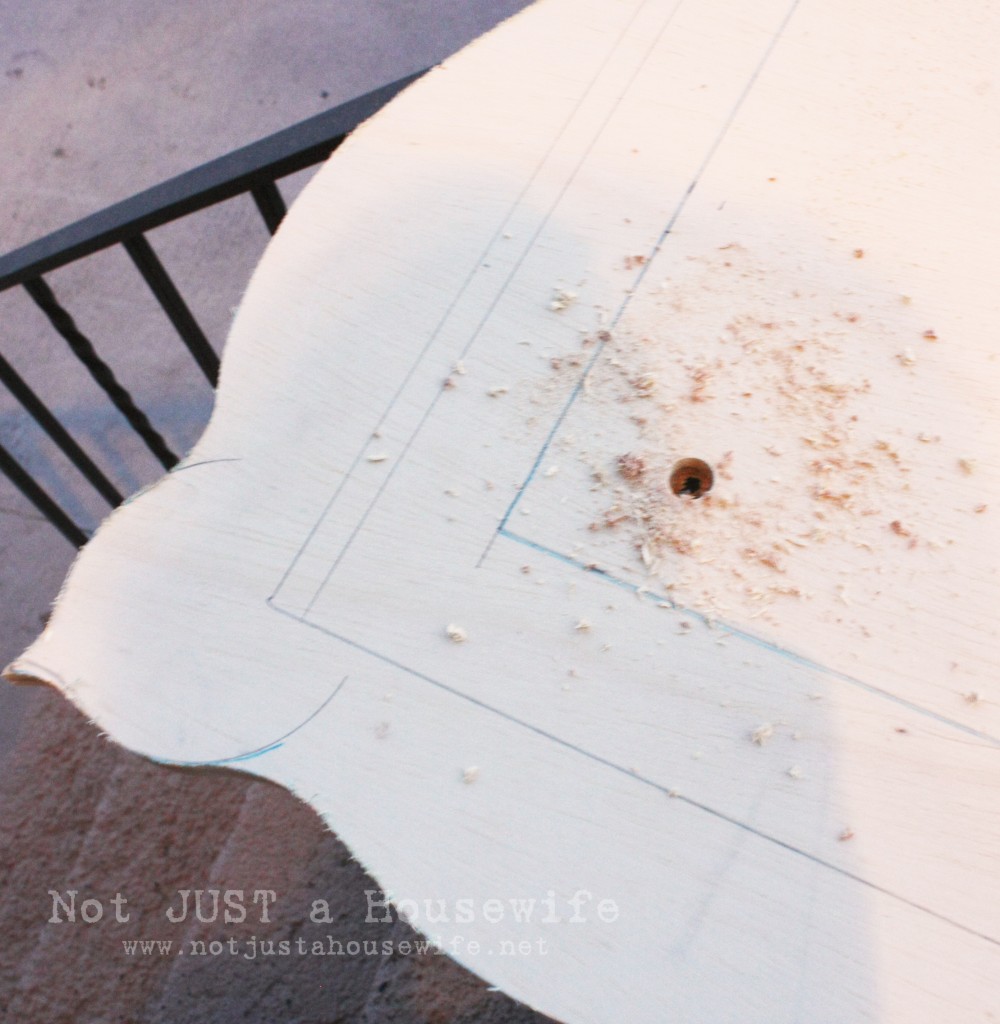 I used my jigsaw to cut it out. In order to cut the middle, you will need to drill a hole big enough for the saws blade to fit in. Then you can cut it out. Whenever using a jigsaw, think of it like cutting something out with scissors. You will have to move and reposition sometimes. 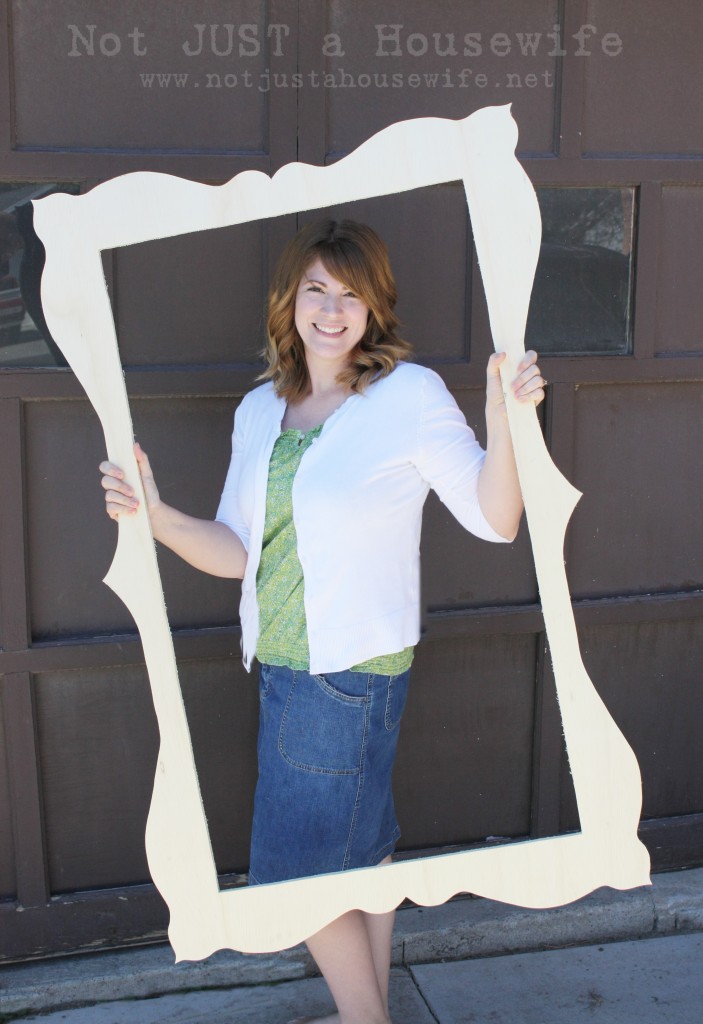 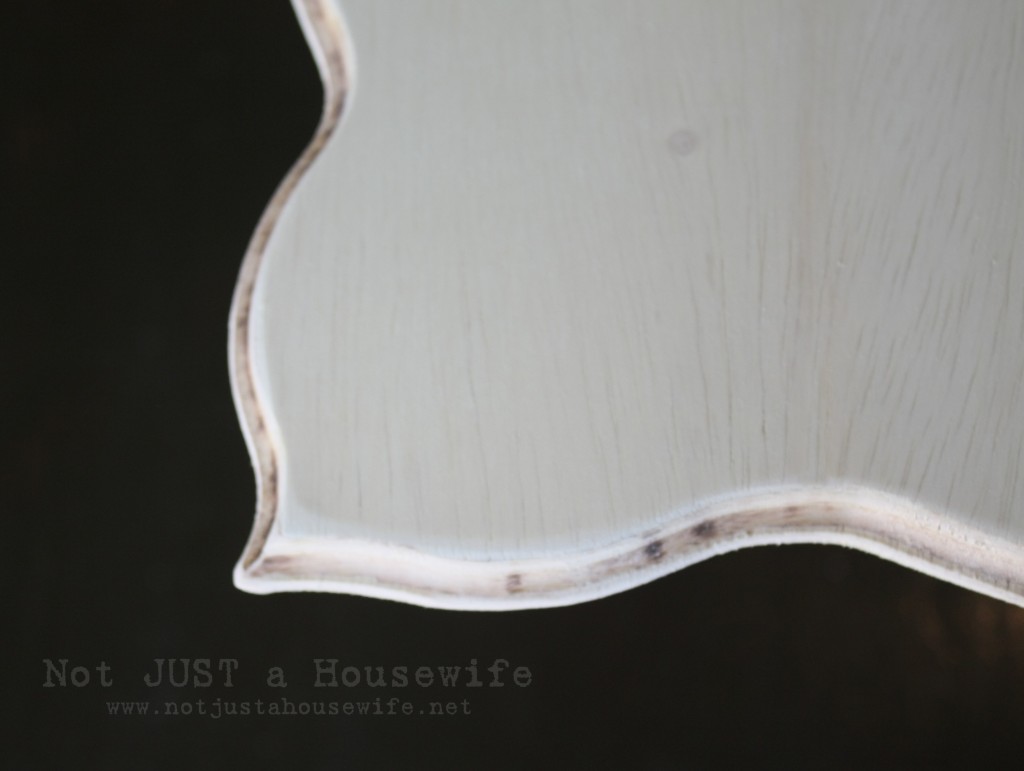 Okay, the reason I do not have a picture of me using the router to do this fun edge is because by the time we got the router from an awesome neighbor it was dark. My husband had to dance in front of the motion light to keep it on so I could see. And then when my arms got tired he would take a turn and I would dance. It was pretty hilarious! Plus the sucker was so awkward. It was hard to keep it still while using the router.

After all of that was done I sanded the crap out of it. I used a fine grit sand paper so it would be smooth and not have the scratched that grittier sandpaper can leave.

This next step scared the soup out of me! I had to cut it up!!! One wrong cut and it was over baby! I laid the mirrors down on my kitchen table again. The I laid this frame over top of it. That way I could mark where the cuts needed to be. Then I used my miter saw to cut it. 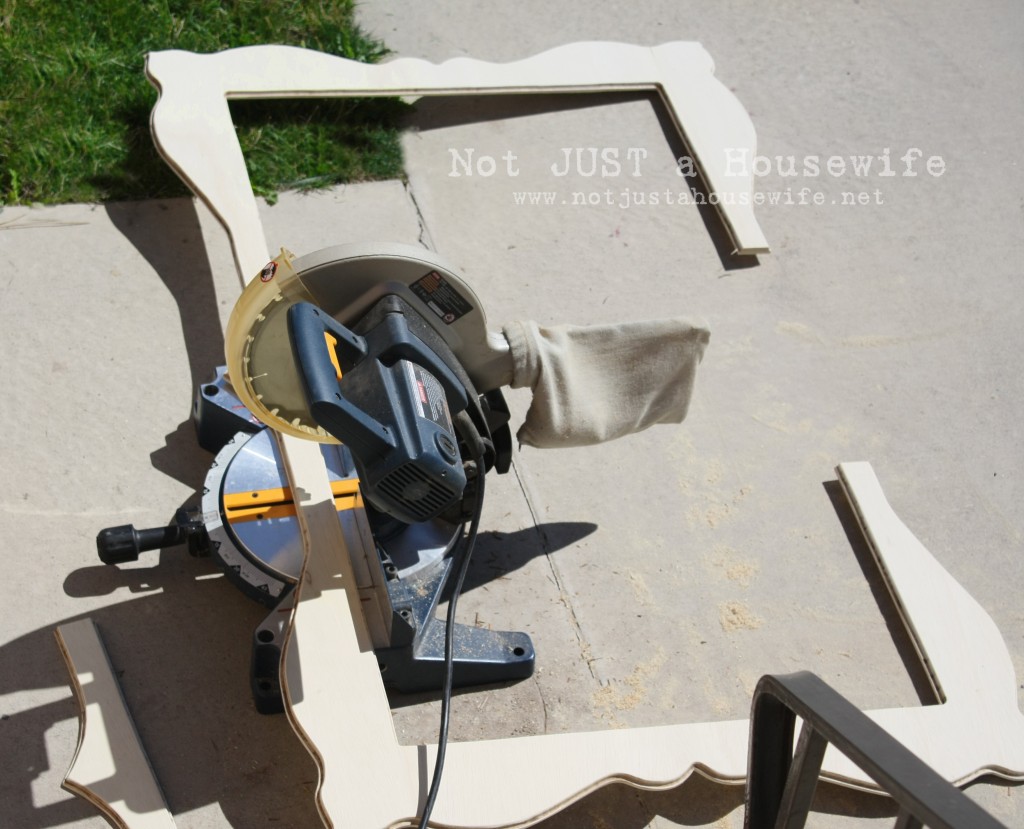 There is something I need to point out. The wood I used was ½" thick. I would not recommend going any thicker if you have the tri-fold. It will not have room to open if you use thicker wood. Mine works fine but any thicker and it would have not worked. If you are doing this for a single mirror feel free to go thicker. 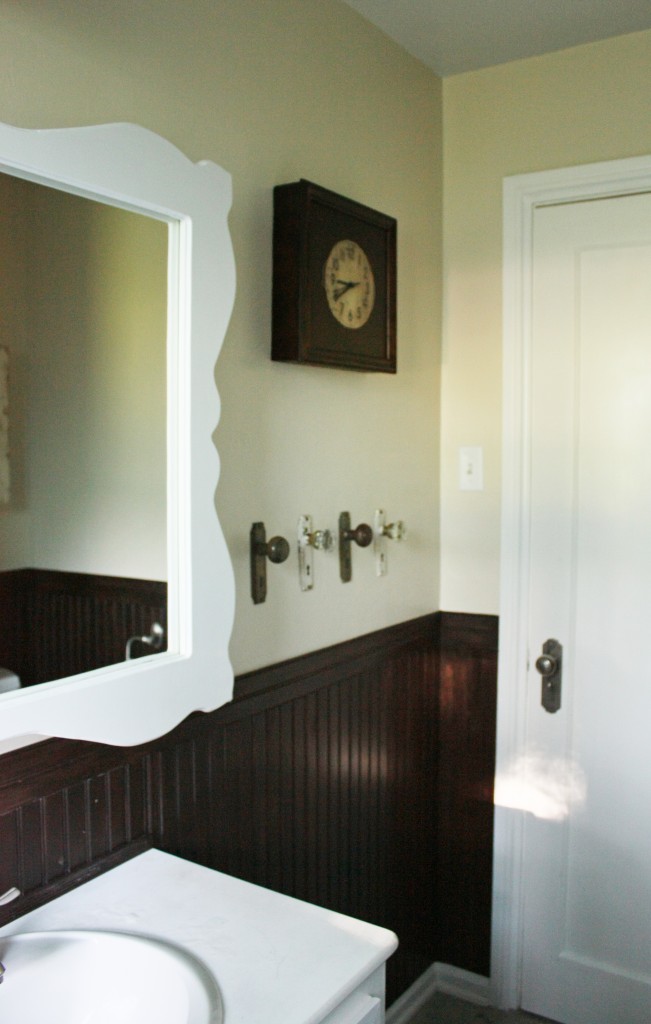 I put the mirrors back on the cabinet and then I used my nail gun to attach the frame pieces to the mirror. I nailed from behind so there wouldn't be any visible nail holes to worry about filling. You could easily screw it on from behind as well. I am going to calk around the seam where to two meet with paintable caulk to hind the seam and because the  caulk will act as glue.

Can you see where the hinges are and how the frame is the same thickness as the original mirror at those places?

Thanks for letting me share how I created my fun bathroom mirror! If you have any questions, please let me know :)