I was just going to do a tutorial on how I made the mirror but since I have received a ton of emails asking questions about other things in my vintage inspired bathroom I thought it would be easier to address it in a post. I will still do a mirror tutorial. I will post that tomorrow. But today I will share everything else. 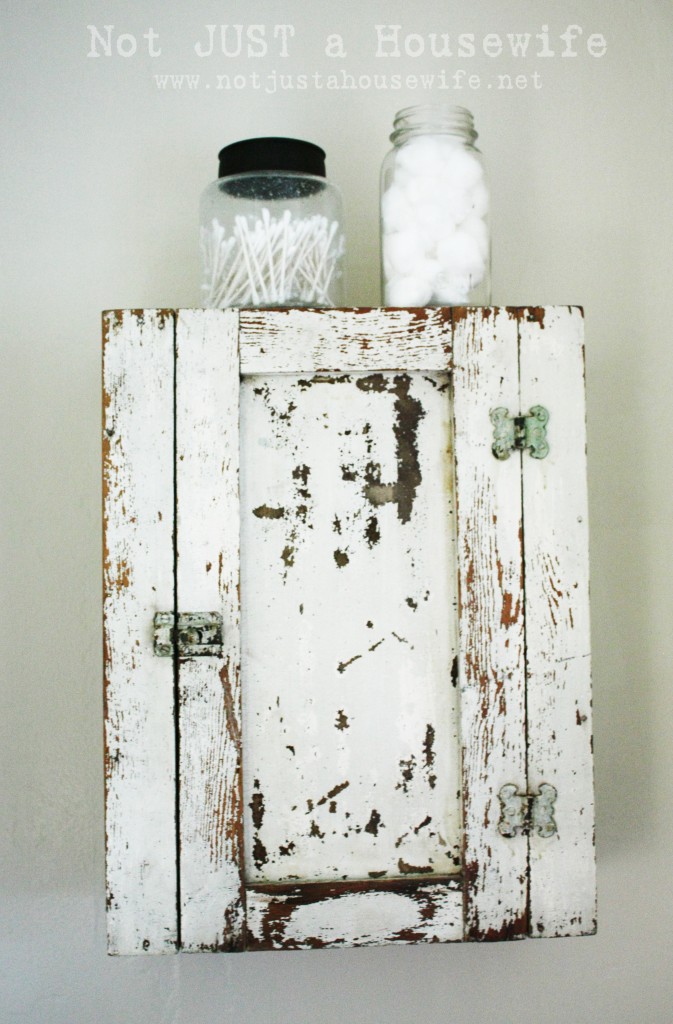 My dad's cabinet needed to be sealed. Not only was the paint chipping off but there is a possibility that it could be lead paint. I chose to use Minwax's Polycrylic. It does not yellow things that are white like polyurethane does. I used a foam brush to apply it. It dries quickly since it is water based. It also does not smell as strong as other sealers which is a plus. 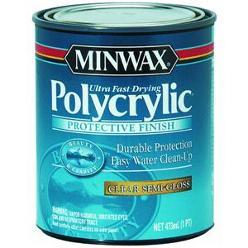 The wall color is called Almond Biscotti and is made by Mythic paint. I had never tried Mythic before. I won two gallons  from a design contest. It says that is has zero toxins and is safe for the environment. Super cool. I was expecting it to smell like, well, nothing. It smelled like regular paint. Not a problem for me as I love the smell of fresh paint. I was just surprised I guess. 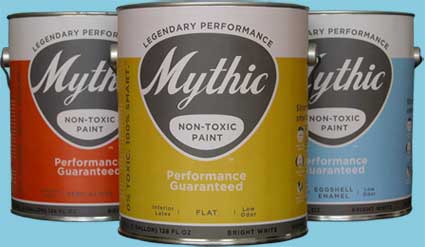 The door knob towel hooks were actually pretty easy. I took the threaded rod from the inside of the door knob like shown here: 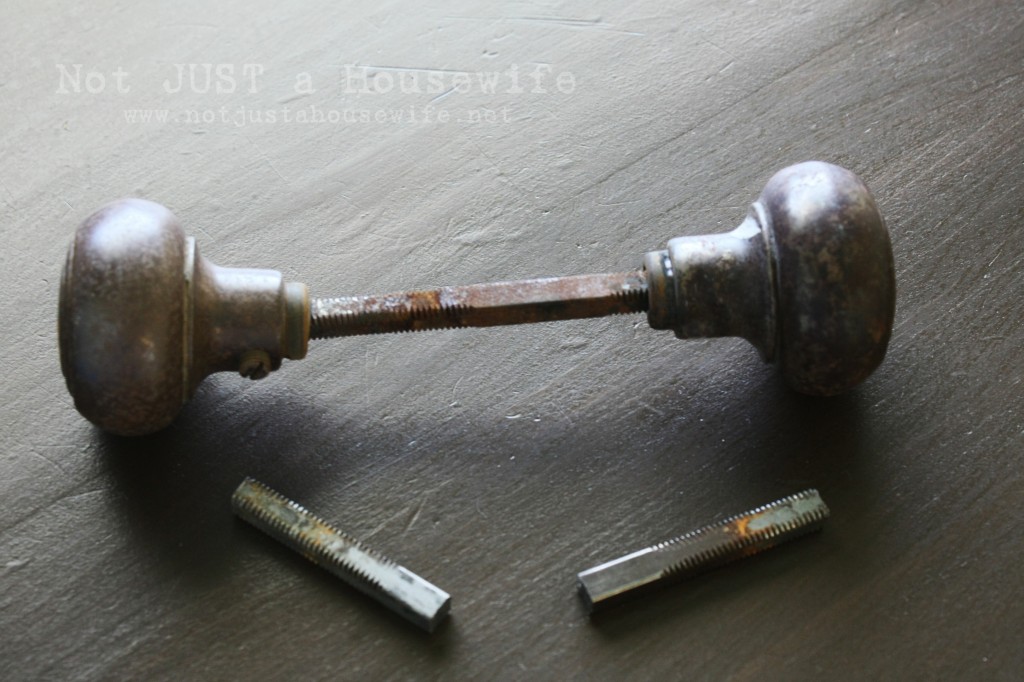 And we cut them in half using a hack saw and a clamp. These are what I put into the wall. I drilled a hole in the wall that was a little smaller that the threaded rod. The I used pliers to screw the rod into the wall. They were pretty tight but they did wiggle a tiny bit. I have 4 little boys. Some of which have been know to hang on the hooks and towel bars in our bathroom. So I added a little Gorilla Glue epoxy. Maybe it was unnecessary but I felt better :) P.S. I have lath and plaster wall so I did not have to worry about finding a stud in the wall. 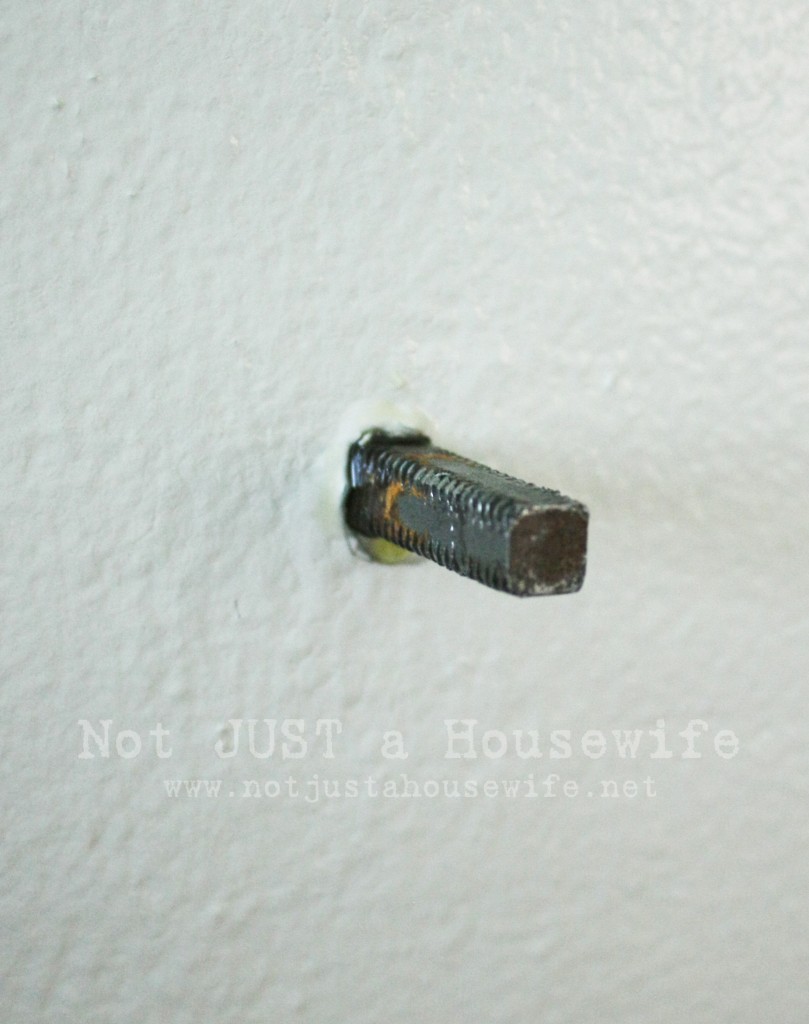 The curtain fabric was bought at Joann's Fabric. It is kind of funny because I had something specific in mind and I ACTUALLY said to my husband "I do NOT want eyelet." When I picture eyelet material I think of the scalloped edges and such. I actually like it. I grew up with it everywhere. But I worried that it would be too old fashioned for this space. Ya'll know I am a sucker for paisley! So when I saw this I was kinda in love. And I think it works :) 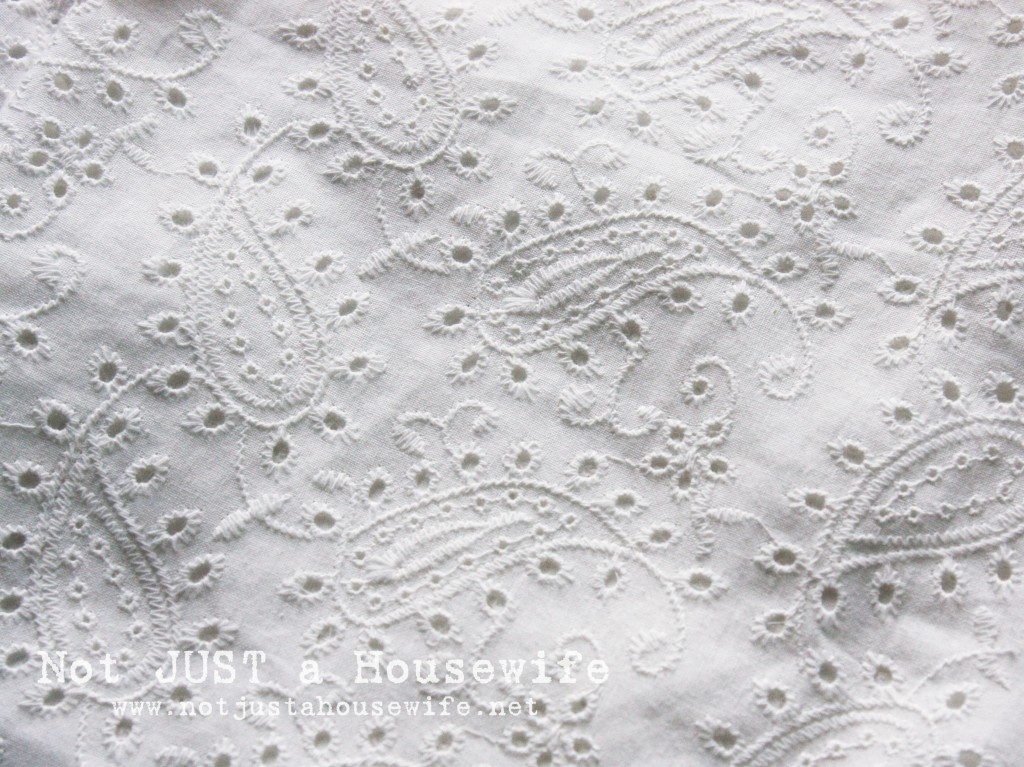 The bead board I stained using Minwax's Gel Stain in Walnut. I am getting ready to seal it using Minwax's Wipe-On Poly. I love the dark color that is different from the traditional white you usually see on bead board. 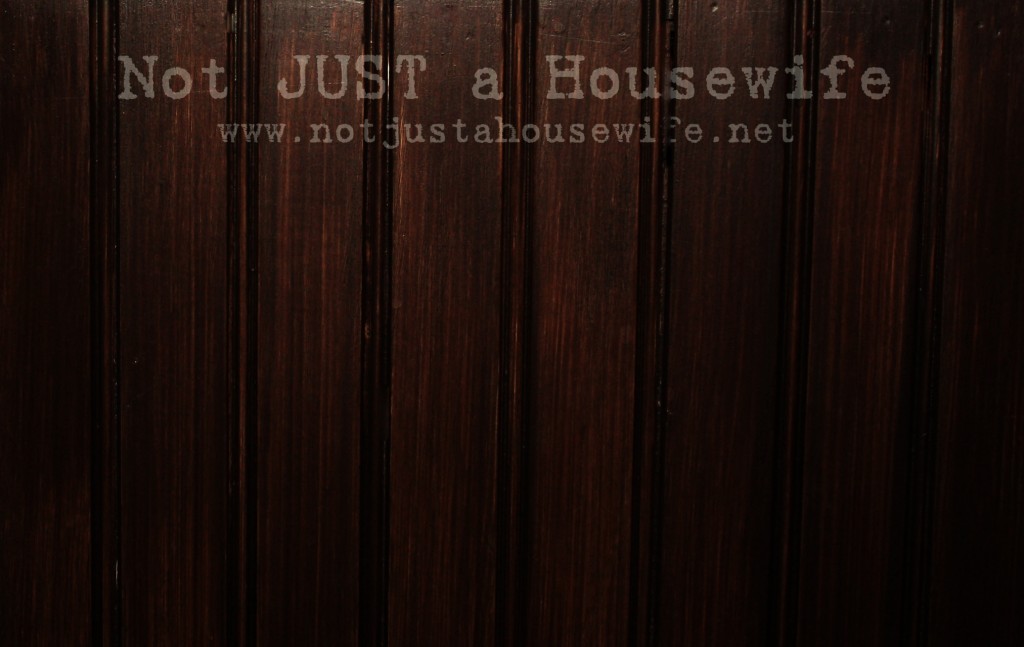 I hope that covered all the questions :) Let me know if you would like to know anything else. And tomorrow I will share the mirror tutorial. 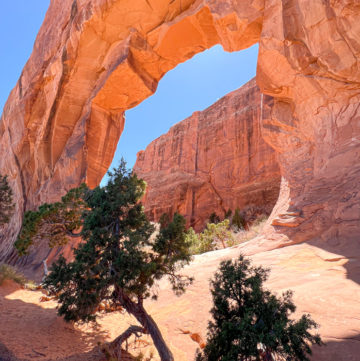