I had the opportunity to attend a conference that is held here in Utah called ALT Summit. It is geared toward designers, fashion bloggers, graphic designers, etc. Now I am going to be perfectly honest here and say that I have not attended in the past because I had heard stories about how people rented designer clothes and hired professional make-up artists and hair dressers. And if you have been here visiting my blog even for a second I think you know that is not my usual crowd. I much prefer painted on shirts, sweat pants, and pony tails. But I also believe in stepping outside of your comfort zone.

I had a little push because Wayfair offered to have me come and help promote their lounge. I ADORE Wayfair. I have worked with them in the past and I get sucked into their site all the time and find all sorts of treasures. I also knew they would put together an AMAZING lounge.

And they did not disappoint! They had a candy bar where you could fill up a bag of your choice of treats, a crafting station, a photo booth, a charging station to charge electronics, and tons of places to sit and visit in between classes. Basically they thought of everything! 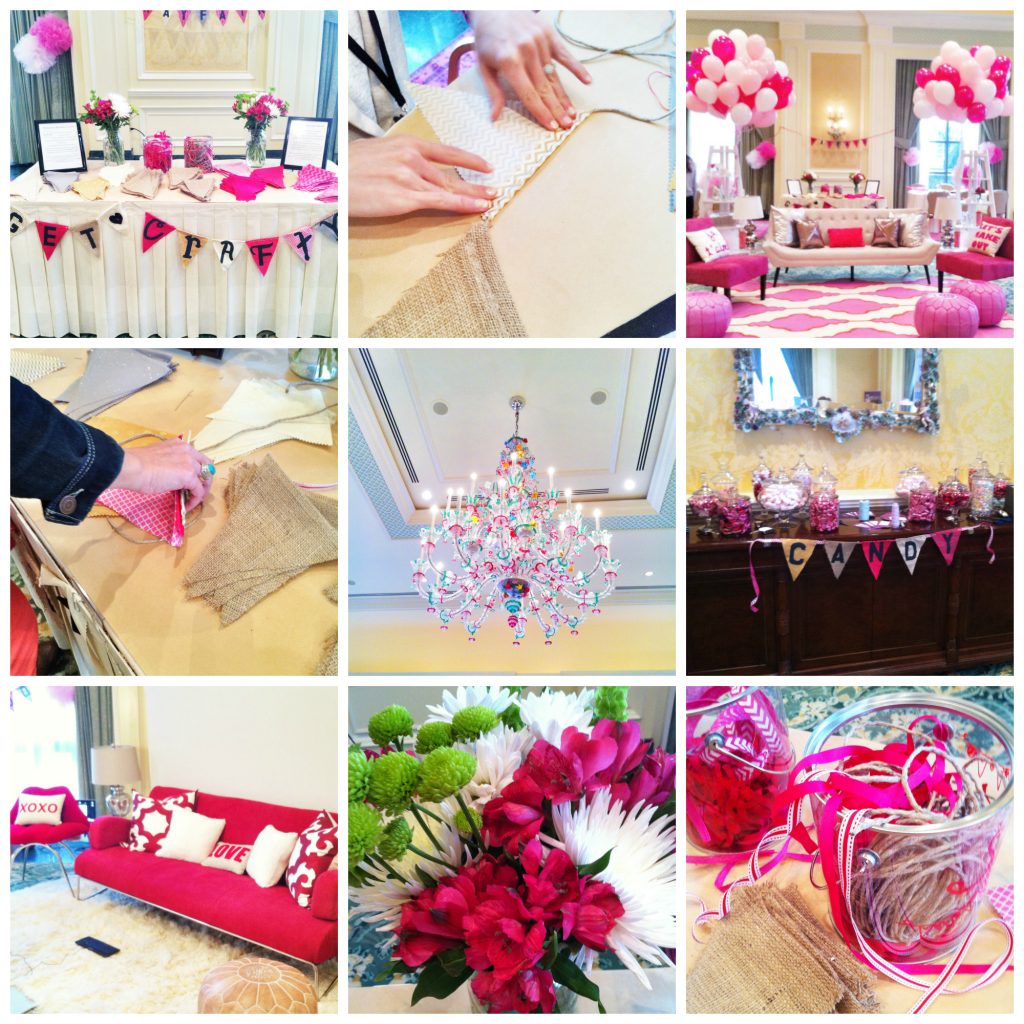 (P.S. After the conference they donated ALL the furniture and things from the room to Habitat for Humanities! I LOVE that.)

I chose not to stay on site at the Grand America because by the time I found out I was going, the hotel was booked (there was another huge conference that same week) and because I live relatively close. My husband actually works a block and a half away from the hotel where it was so I commuted up and back with him. We even got to go to lunch together one of the days. P.S. If you are ever in Salt Lake City you need to have an artichoke burger at Rich's. Like seriously. 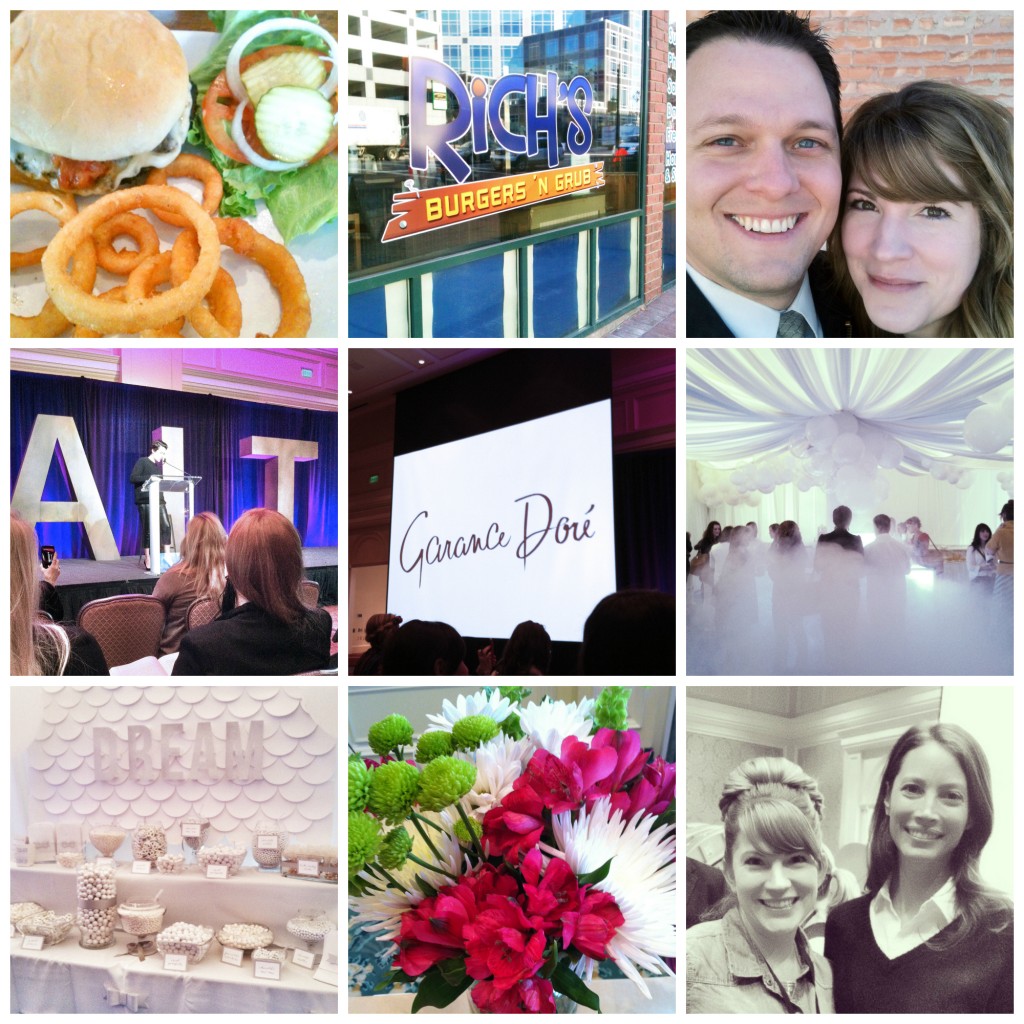 The opening keynote speaker was Garance Dore. She is loves fashion and is an illustrator and photographer. Her nervousness and candid manner was charming and refreshing. It made me relax as I sat there in my Old Navy and Target duds.

One of the days we also got to hear from Christy Turlington (former super model) who now runs the non profit Every Mother Counts. That, my friends, deserves a post in and of itself. Amazing.

I also got to hear from Ben Silberman who is the founder of Pinterest. 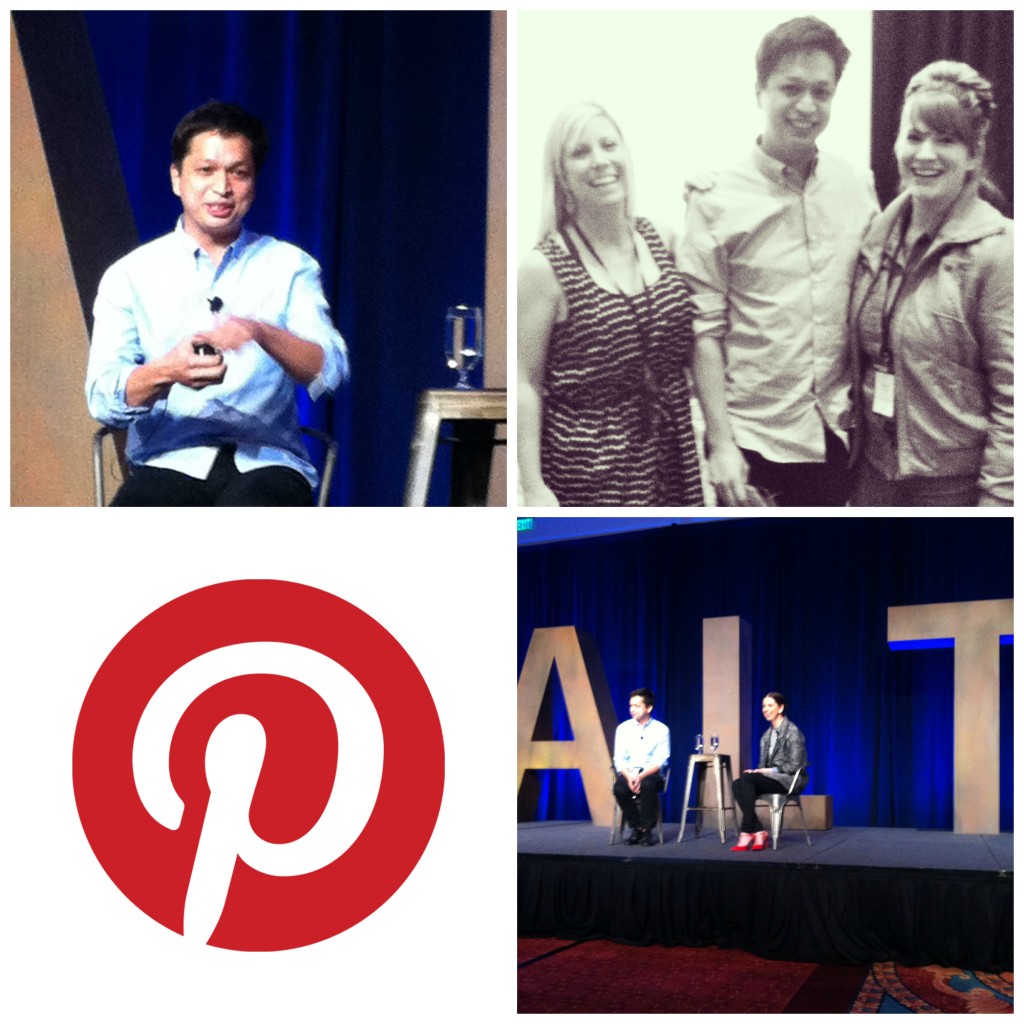 Another moment of honesty..... I have mixed feelings about Pinterest both from a blogger standpoint and as a user standpoint. I think I was the last blogger on the planet to join. And so I did not know what I was going to get out of hearing him speak. But guess what?

I kind of love him.

Here are the key points I got out of his talk:

He said that if he waited until it was perfect to put it out there, it never would have happened. He and his team are actively (daily) trying to improve the site. They LOVE feedback and have made a lot of the changes due to the feedback from users. Which makes sense really, because without the people using it, what would it be really?

2. He would be the best boss to work for.

He doesn't tell his employees that they have to work x number of hours. If they need to leave to pick up their kids or watch a little league game they totally can. He gives them an assignment and as long as they get it done, they are good. He has created a very family friendly working environment. And as a mom, I love that.

I was the first to raise my hand when it was Q&A time. And while my question was coming from a blogger perspective I loved his answer enough to share. We all know that Facebook has changed and made it so you do not see the status updates of everyone you follow. Facebook is also forcing businesses (including fan pages of blogs) to pay in order for their updates to been seen by more than a few people. This is both frustrating as a blogger and as a user of Facebook. I have not paid so therefore my reach is not very big.

So my question was..... Is Pinterest ever going to do something similar? Are they going to charge blogs/businesses money? Will we always see all of the pins from people we follow?

And he said that if anything they are moving in the opposite direction of that and that doing that to Pinterest would essentially ruin it.

As far as the classes went, I basically went to all the classes about video content. I have really loved making the "He Said She Said" videos with my husband but I know my attempts are very amateur. And I love to learn new skills. I have always wanted to do more video tutorials as well. I feel like some projects are better explained if you can see it done in real time.

Overall I am very glad I went. I met some new friends and hung out with old ones. I learned I can be comfortable in my own skin (and cheap clothes) around others who maybe once upon a time would have intimidated me. I learned that my husband is a saint for making that long commute every day. And I learned that I need to be bringing new things to the table to keep things fresh here on the 'ole blog.

So thank you Wayfair for taking me along for the (beautiful) ride!

« My *NEW* Closet!
Valentine's Day Mantel {all you need is love...and flowers} » 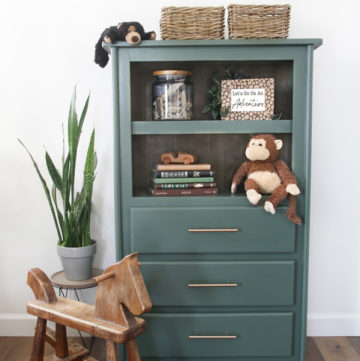