Man. I had such a crumby week.  I have been struggling. I had a bunch of crap to deal with and feel rather down. If you follow me on FB you probably already know about the copyright issue I am dealing with. Let me recap for those who don't know. This photo was staged for a sponsored post I wrote for Micheal's craft store a long time ago. It was stolen by someone. They cropped off my watermark and added a caption. It has been spread all over Facebook and Pinterest.  It is a funny photo and the caption is clever. If I had seen it I would have chuckled and moved on. BUT  it was stolen. It is me. It is my kids. It has been taken out of context and I feel so violated. The WORST part of the whole thing are the HUNDREDS and HUNDREDS of nasty comments that have been posted. They say things like I must be a horrible mother, that my kids are brats, that they should have their a** kicked, that they would NEVER allow their kids to behave that way, and that I shouldn't have that many kids anyway. 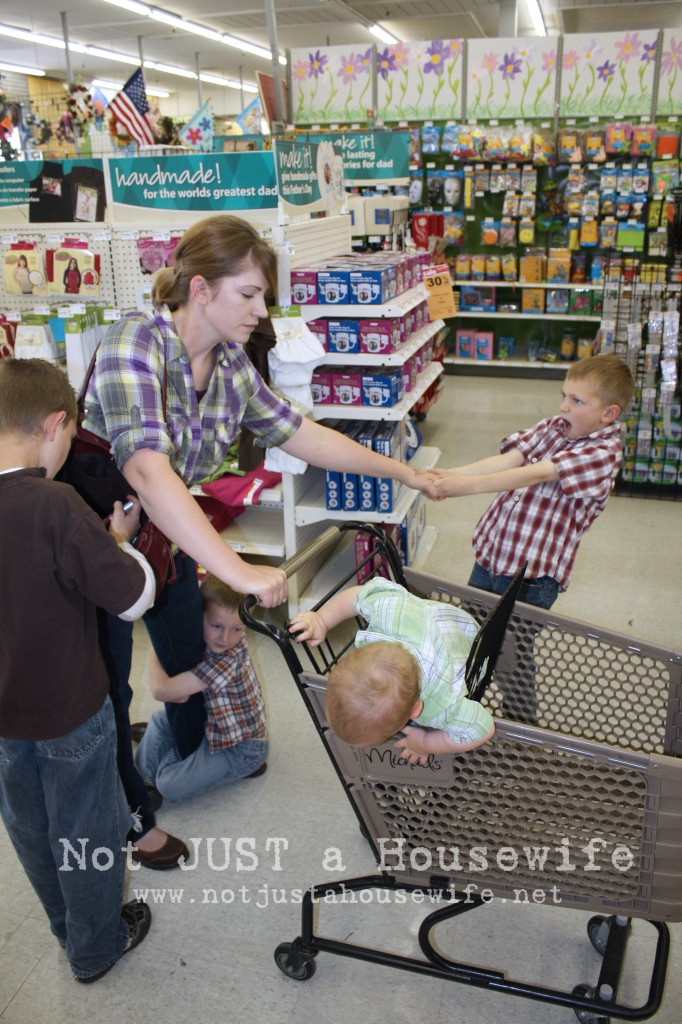 I do NOT take it personal because A) I know it was staged to be funny and that my kids were not actually behaving that way. B) I know I am a good mother. I struggle like everyone else and have bad days but overall I do my best and have VERY sweet kids.

But it has made me so sad. It makes me sad that we have a world full of people so quick to judge and leave nasty comments. It makes me feel sick knowing that because I put my kids' pictures on the internet that they are being dragged through the mud and called names.

I appreciate those of you who have sent me the links on FB and Pinterest. I have been able to remove it from several FB and Pinterest accounts.  I know it has gone viral and will always be out there somewhere but I wouldn't feel good just standing by and not doing anything about it at all either. I have not been able to find the source. One site has claimed it as their own by adding their watermark to it but I know they were not the original ones who took it.  So it may not fix it, but it makes me feel a little better every time I get it removed from a huge FB account.

If you see it and have the time, let me know or ask them to remove it.

It makes me feel good that I have such amazing readers. I feel confident that if I had posted that picture on my FB page that you would have not said nasty things. I love the support I feel from you guys and how sweet you are.

The day this came to my attention was also the anniversary of my dad's death. I was struggling with that and maybe that is why I got so emotional about this picture. On top of that I found out some other sad news about some people very close to me. It was a hard day. Actually, that is an understatement.

I also know I am not the only person this has happened to. It has made me rethink about pinning funny pictures on Pinterest because I wonder if they were stolen too. I wonder if those people feel violated and have cried over their children being commented on. Just something to think about.

Sorry to be such a downer today. I promise that I will say my peace and move on. I have an awesome giveaway this week and hopefully a project to share as well.

I will see you all tomorrow at the linky party :) Thank you for everything.