This is a sponsored post for The Home Depot Foundation. The thoughts, and comments are 100% mine.

This was my first time being able to join my wife, Stacy, on one of these Team Depot service trips. I feel very grateful that I was able to finally come and help, and especially in helping with this wonderful service project! If I were asked to describe my experience with Home Depot and Habitat For Humanity in two words, they would be: Humbled, and Honored.

I feel humbled because of seeing first hand just how much work is still yet to be done in the neighborhoods all around New Orleans, even 10 years after the hurricane hit. I feel honored because I was allowed to attend the event. 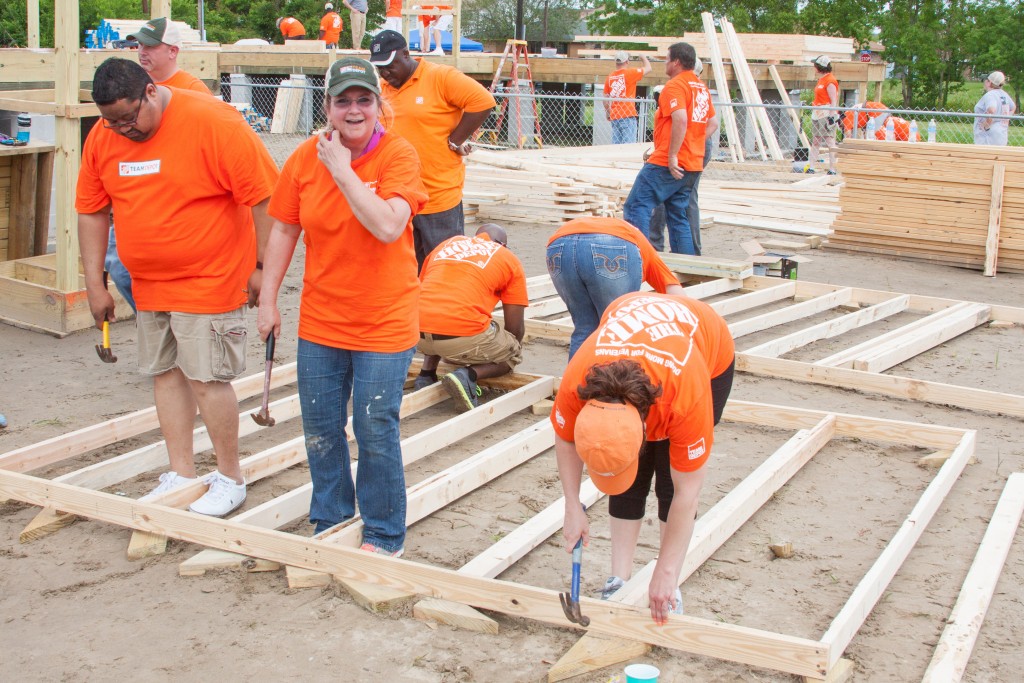 There were actually 10 homes starting to be built that day! The HD employees and I focused on Miss K's home. 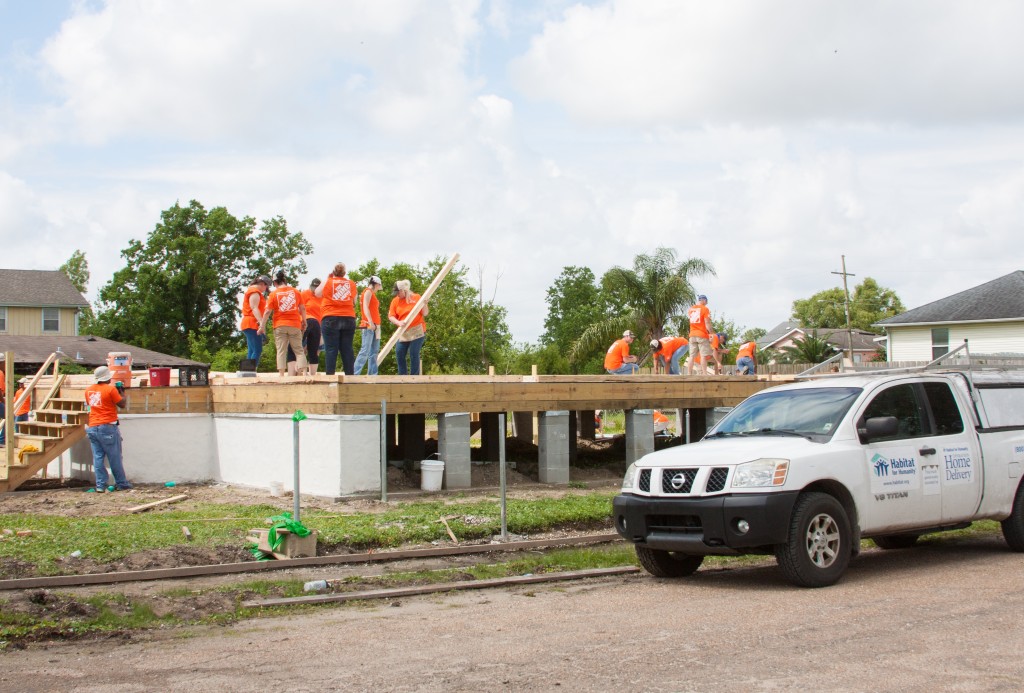 You can see how the homes are raise above the ground to help prevent future flood damage.

I loved seeing how excited people were to be there helping. I was already happy to be there, but it got me even more pumped up. One lady there was swinging a hammer awkwardly with both hands and told me she had never built anything. She could have used that as an excuse to stay home but she came anyway, willing to learn and serve the best she could. By mid-day I noticed she was now wielding the hammer with one hand like a pro. At the end of the day she saw me and made a point to tell me (while smiling broadly) that she had improved. I loved her attitude! 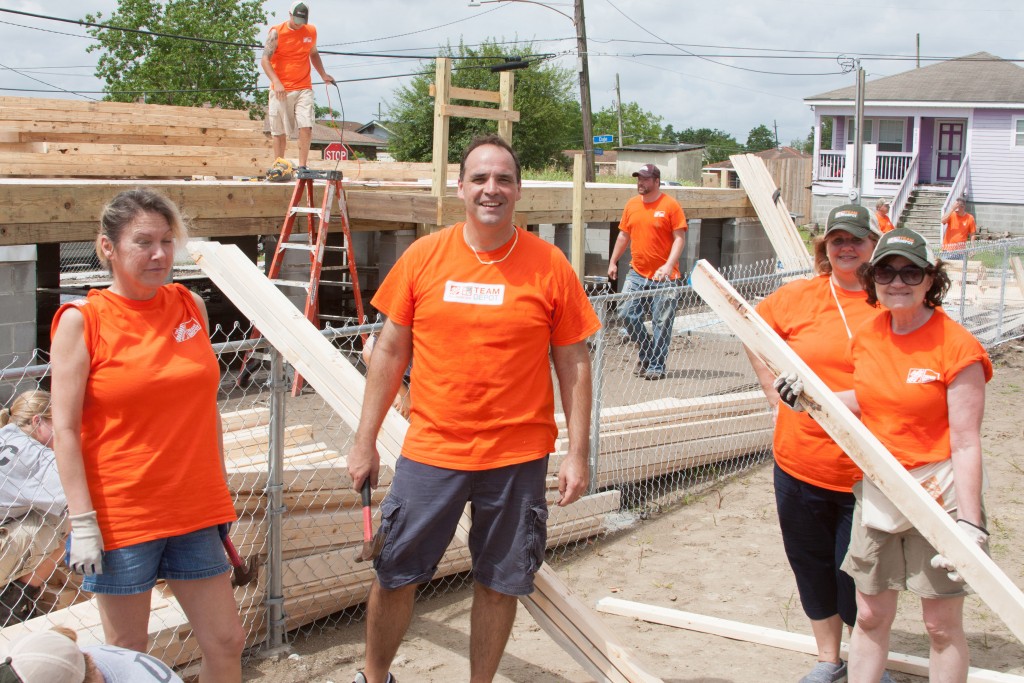 Aside from feeling the enthusiasm, my favorite thing was hearing everyone's story.

Miss K was the single mother of two who the home we were working on was being built.  Her home was devastated by Katrina, taking on more than seven feet of water. Miss K and her children have been living with different family members for the last 10 years. She lost a lot during the storm. Her daughter saw something on TV talking about Habitat for Humanity and encouraged her mom to look into it. They have worked really hard to pay for and help with their new home. 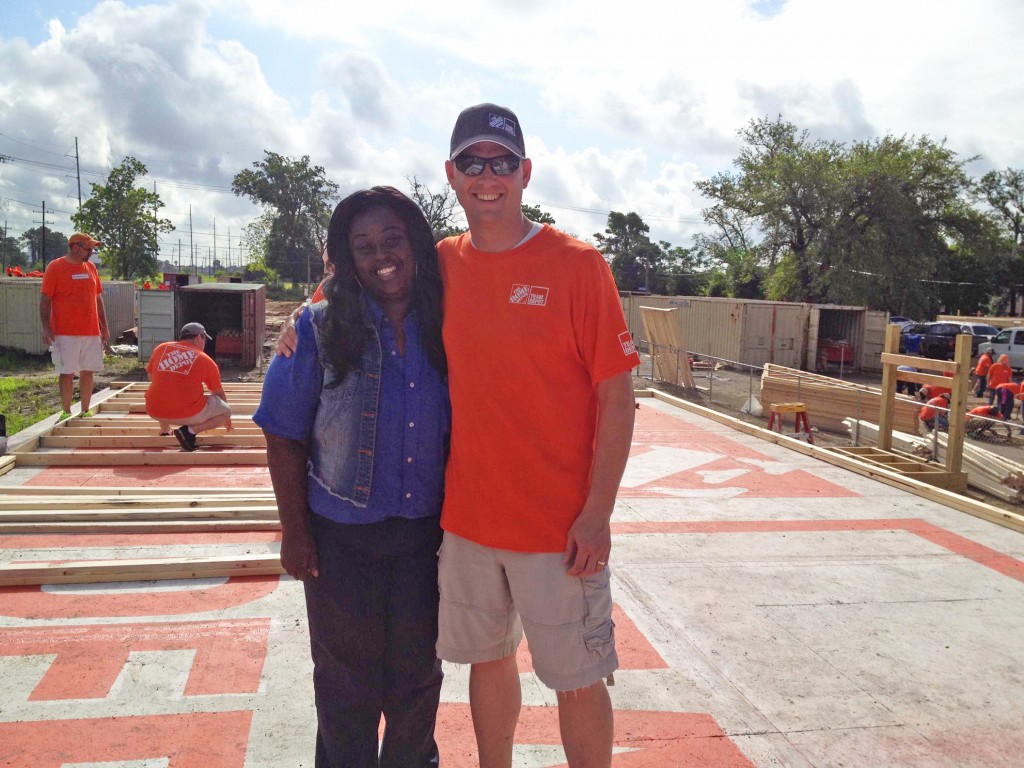 This is me with Miss K.

I also got the chance to talk to the store managers who were there.

One of the store managers, Dave, sent his family to be with his wife’s parents during the storm.  The next day he was scheduled to be at work early in the morning. People swarmed the store to buy generators and other supplies. One of his employees who lived in the worst hit area came to work in only shorts and told them that his house has been completely washed away. Dave invited him to stay at his house. For the next several weeks, HD store employees went around clearing fallen trees and other debris from the community. I found out from others that he has led countless Team Depot volunteer projects over the last decade. 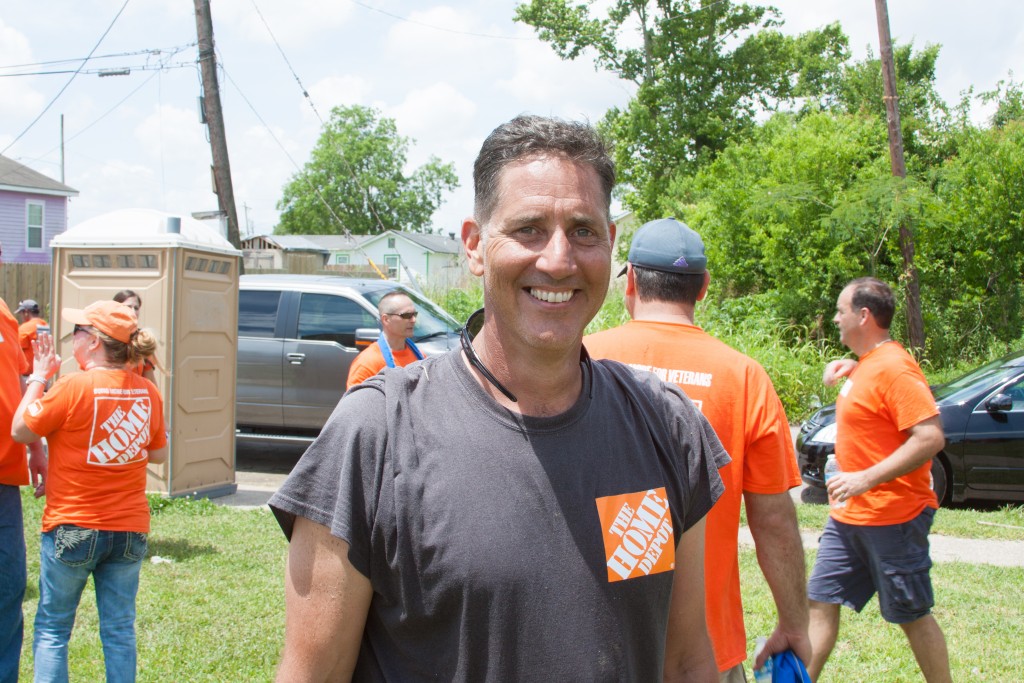 Kris, the manager of the Algiers store,  drove his wife and daughter to Texas for evacuation, but immediately turned around and came back to New Orleans. When he tried to drive back through the city he was stopped by police because they were not letting people through. He quickly explained that he needed to get to his store so he could be ready to help those who needed supplies. He got a police escort to the store. He along with other emplyees were able to help those who came the next morning. He also watched as buses of volunteers from Dallas area Home Depot stores came the next day to offer their help.

Scott, another manager, told many stories of the service his employees gave to those hit by the storm. He was also proud to point out that all the employees from 10 years ago that helped, were the same ones who were there that day building Miss K’s home. He talked about how it was dark for weeks following the storm since there wasn't any power. His store became a gathering ground for residents. He is now one of the top Team Depot captains in the country. 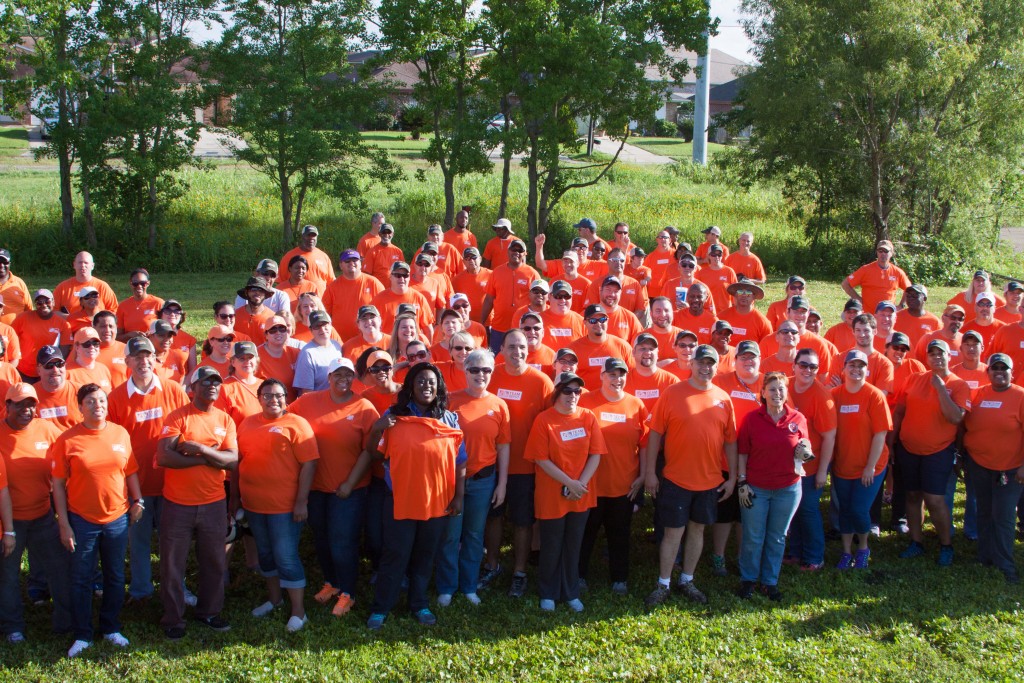 One things for sure, each person who was there serving has their own story - why they are there, why they serve, how they were affected, and even how they were being affected by being there with Miss K.  I feel very fortunate to have met so many wonderful people who selflessly serve.  It's infectious.  It's wonderful!  I can't wait to be able to get back out and help on the next project!

Hurricane Katrina really changed the city of New Orleans. There was destruction, of course, but they have really come together in the midst of it all. 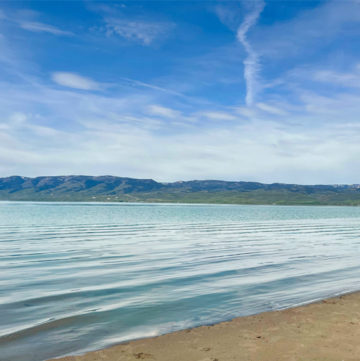