I love moss! I love plants in general but moss is such a fun way to add nature and greenery to a space. And you can't kill it. That's a plus :) When you buy moss from the store it has been dyed. The dye over time will fade. But you don't need to throw your moss projects out. You just need to freshen them up! 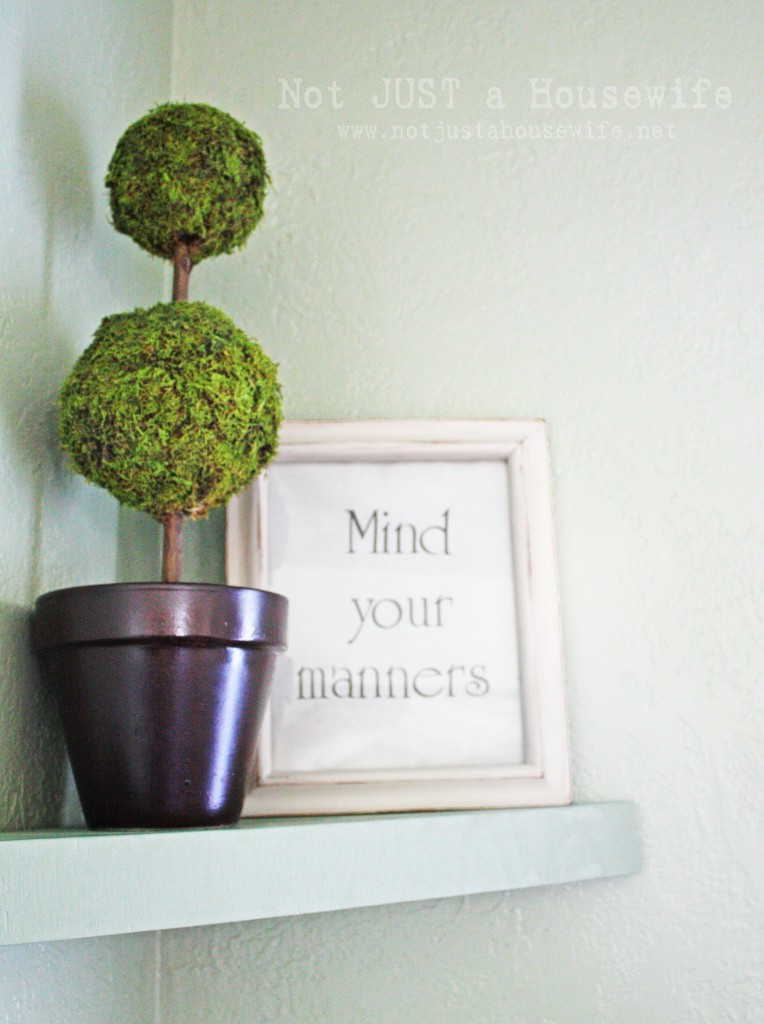 I made this topiary YEARS ago and it has slowly been fading. So I painted it. 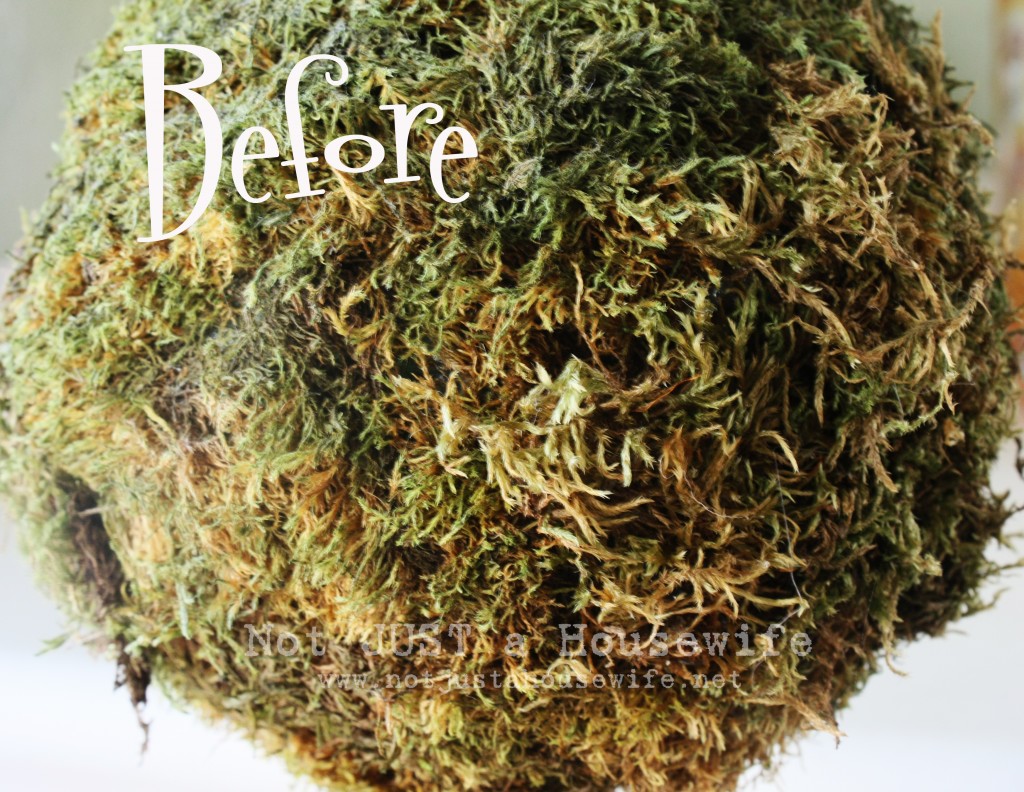 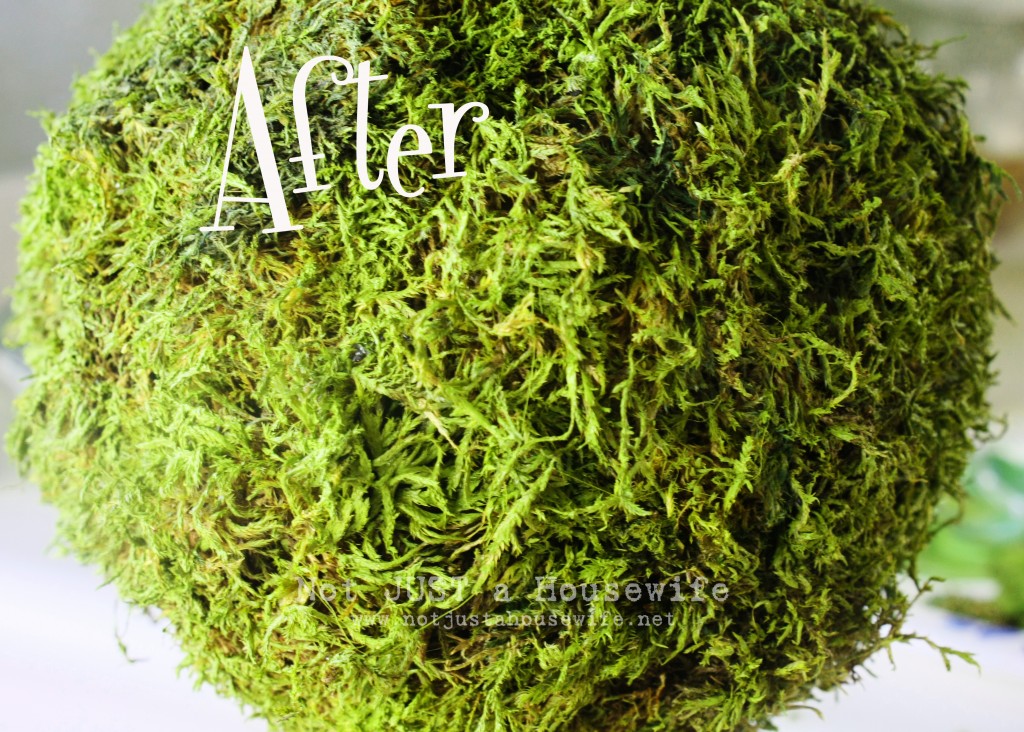 It is so simple and it took me about 5 minutes. I mixed some craft paint to get the right mossy green color and then used a foam brush to apply it. Don't get too much paint on your brush at a time. Then just dabb. Don't press too hard or your moss will flatten. If that happens get a paper towel and fluff it back up by dabbing in the opposite direction that is is laying.  This also helps with any dust that accumilated over time. It really is that easy!!! 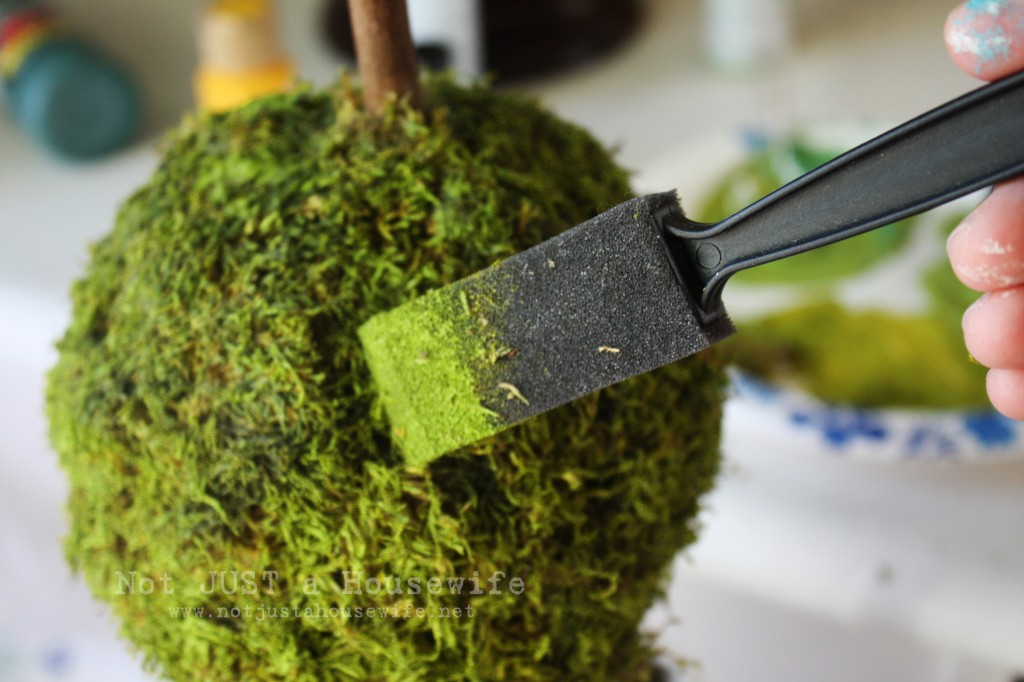 I also painted the pot dark brown. It had been cream before. 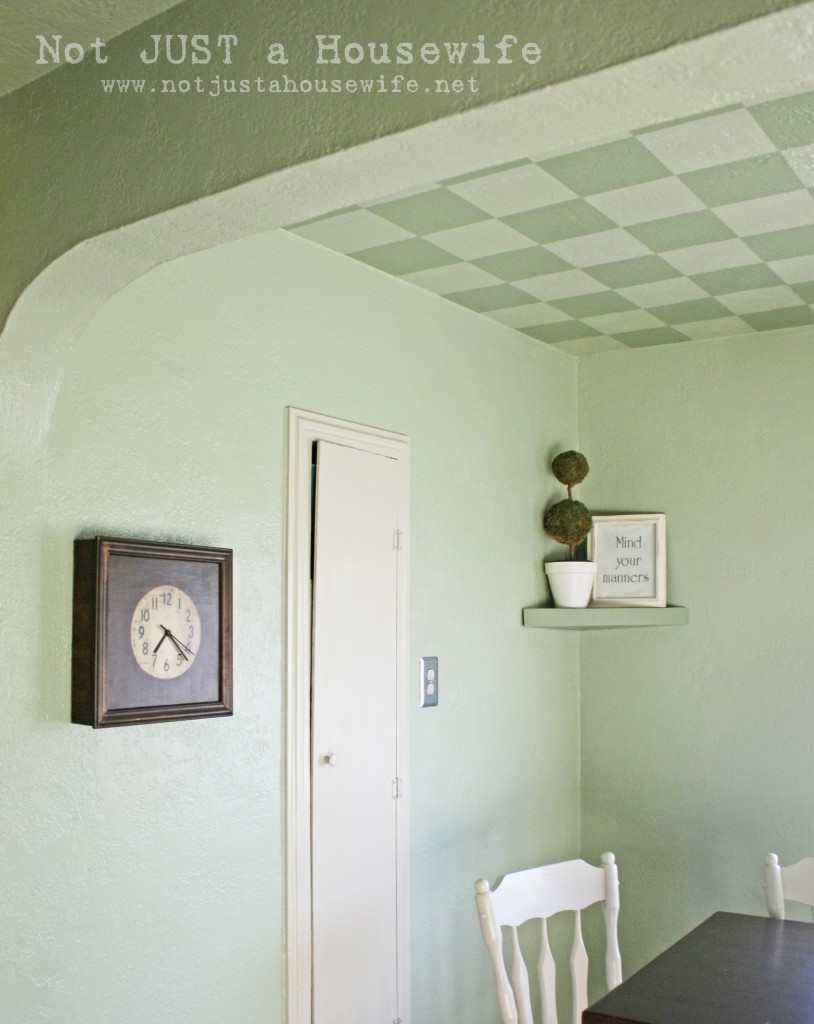 Now I have a question for you. Since I moved my clock out of here to put in my bathroom, I was thinking of putting the Mason Jar Wall Planter where the clock had been. What do you think? My main concern is that the wall planter would fill up that part of the wall and I worry the other side of the broom closet would seem empty. I don't want it to be off balance. Any thoughts???

P.S. I giggled and giggled over your confessions. That was so fun!!! And for the record I do not hate cheveron (and pennants). Like it said, they are nice. It is just everywhere :) I am glad so many of you participated. Maybe we will do something similar again in the future.