I revealed a room I had made over for my neighbor's little boy last week and now I get to dive into all the tutorials from the space. First up is the curtain I added to the closet! I know you guys probably think I just paint all the fabric and rugs I can get my hands on after all the things you have seen me paint in the past, but I really did try to find the perfect fabric before resorting to painting this curtain. I swear. I spent a solid month searching for the fabric that I had inside my head. I even decided to scrap the picture in my head and just find something in the right color scheme. But in the end, I gave up and decided to make my own. 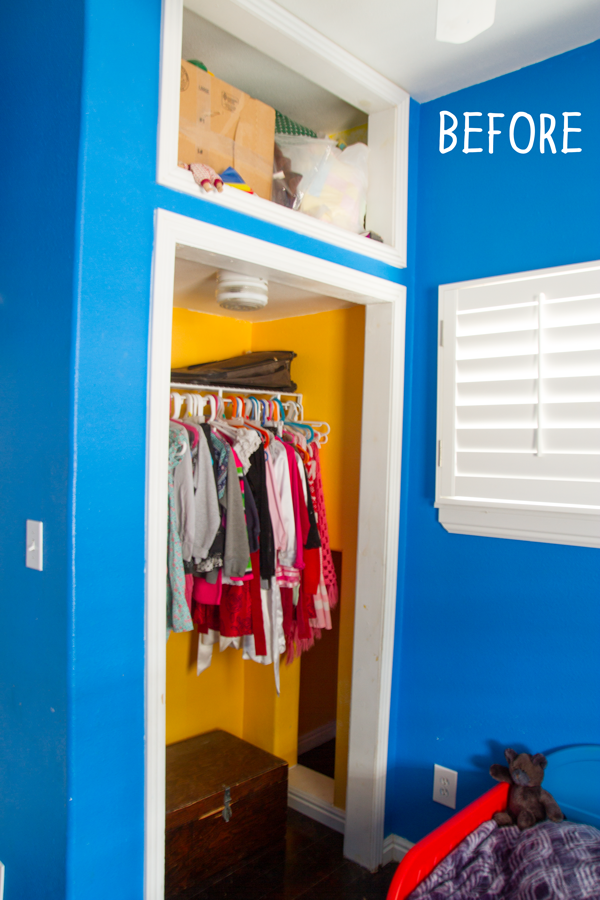 I was going to sew the curtain and add the grommets myself but when I added up how much the thick fabric would be plus the big grommet kit, I decided it would be about the same to just buy one from IKEA. I really don't enjoy sewing so it wasn't a hard sell ;) 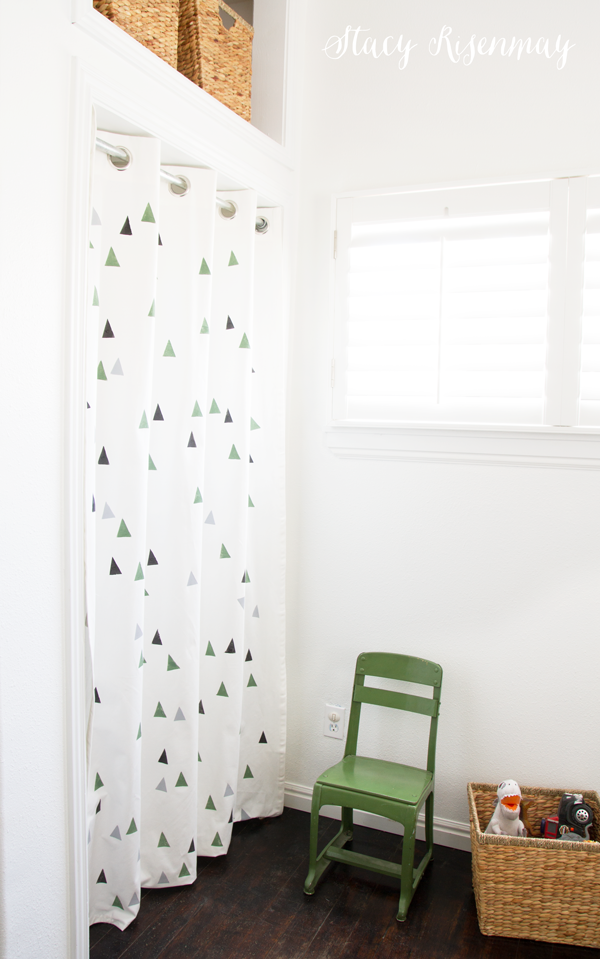 I have not potato stamped since I was a kid and I made my own wrapping paper (yes, I was weird).  When I made the gold confetti curtains for the little girl room I did last month, I cut out circles from vinyl to use as a stencil. I got nice and evenly painted circles. But for this look, I wanted some to look a bit faded or worn so I went with the stamping idea. I also didn't want it to be perfectly lined up. I made it more random and didn't worry if some of them were crooked.

It was so much fun! It went a lot faster than the stencil approach too. My best tip I could give you is to use a paint brush to apply the paint to the potato stamp instead of dipping the potato into the paint. That way, the paint won't squish out where you don't want it to go. 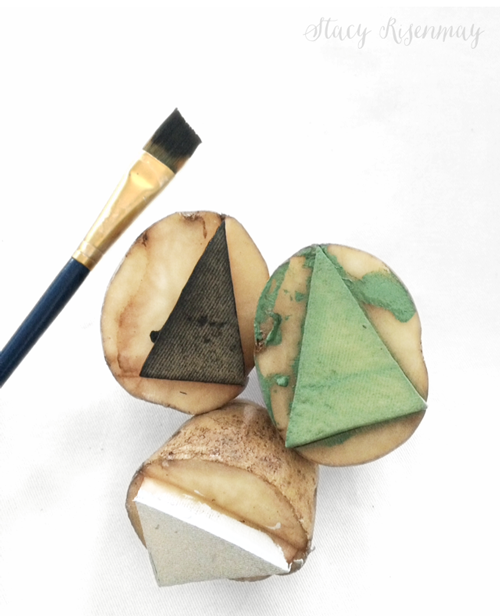 I used this same technique on some white fabric to make a matching pillow. 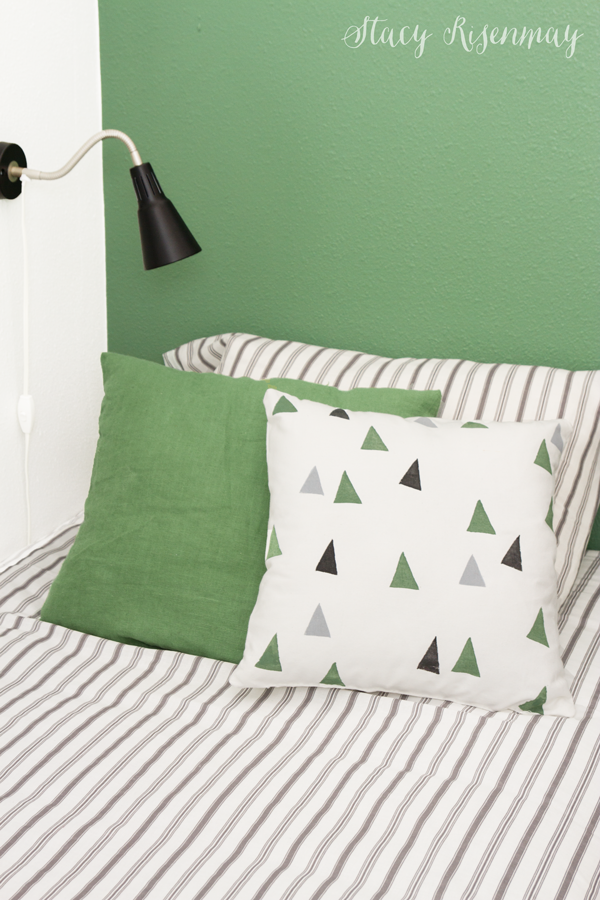 Since this room belongs to a little boy and kids tend to be rough on things, I decided a tension rod was not going to hold up very well. I ended up using a flange and some galvanized pipe to make a curtain rod. I used a ¾ inch flange and ½ inch pipe so that in case the pipe was not cut exactly, there would be some play. Because of that, it didn't screw into the flange but instead rested inside. 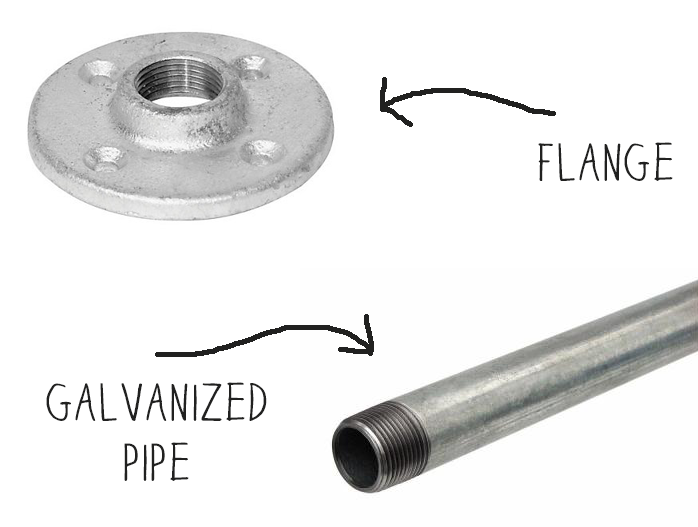 I am really happy with how it turned out! It goes so well with the rest of the room. If you missed the reveal, you need to see the whole space! 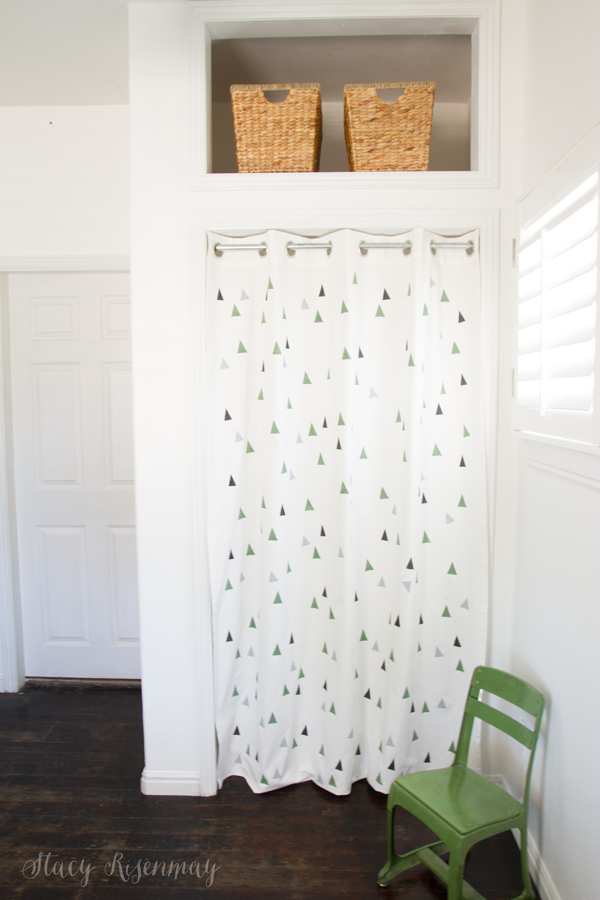 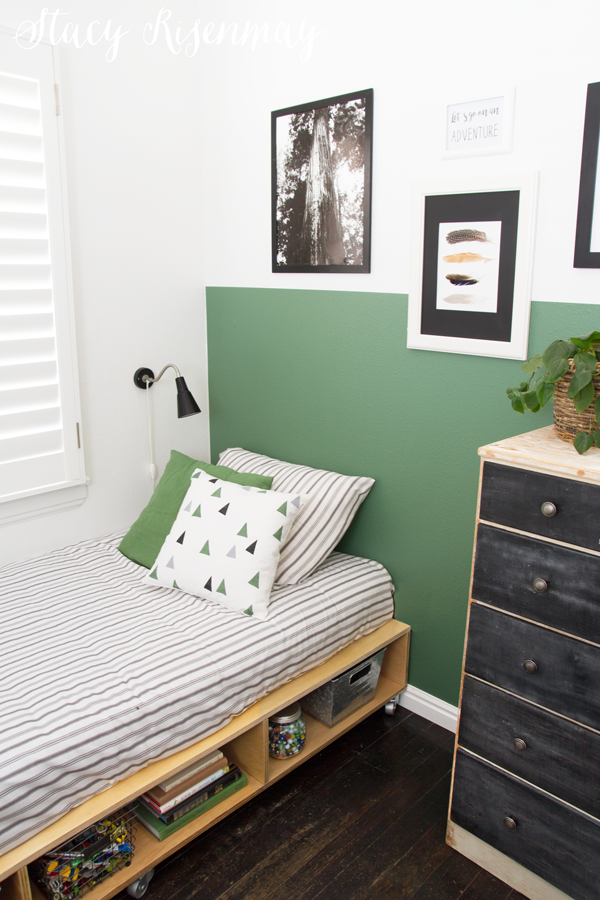 Have you ever potato stamped anything before?