I am finally getting around to posting about my book launch party. There were a lot of thoughts and emotions involved and it too a bit to sort them out enough to write a coherent post. If you read my post about getting ready for the party, then you know that I was a giant ball of nerves leading up to this. I like PLANNING parties. I do not, however, enjoy HOSTING them. And the fact that I was hosting a party for myself seemed weird and awkward.

I want to thank all of you who came. I was so worried no one would show up and Shane and I would be eating all 600 cookies ourselves, but we had a really, really good turn out! I know Saturdays are hard and Saturdays during the summer, forget about it. Weddings, baby showers, family vacations, etc. The list could go on and on. But those of you who chose to spend your Saturday with me, I will be forever grateful to you.

The party was held at the beautiful conservation gardens in West Jordan. They have a stunning education center which is where I spoke. Isn't it gorgeous?! 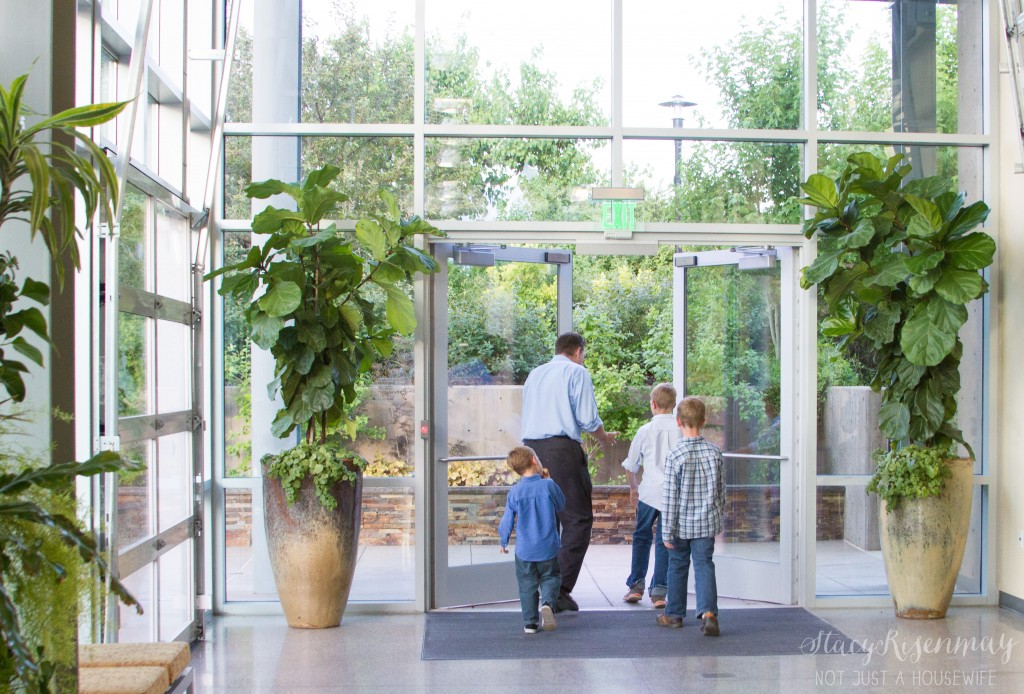 The boys sneaking out to walk the gardens after helping me get things ready. My oldest was glued to the band and loved watching them set up.

I had a hard time sleeping leading up to the party. I would lay awake at night and think of everything that could go wrong and then think of a plan B to fix it. There were two things that went wrong at the launch party and they were both things I have never even considered. Of course, right?

One was that the terrarium necklace parts had not come in the mail so we didn't have a make and take.

The other was that the IT system wasn't working to allow us to give our presentations. Cynthia (who also spoke) stalled and talked about the gardens while I hyperventilated in the bathroom. I was grateful I was wearing black and any sweat stains were likely not to show.

Once we got the system working things went well. Cynthia and her daughter went and bought supplies for a new make and take too. So I took a deep breath and tried to enjoy myself. 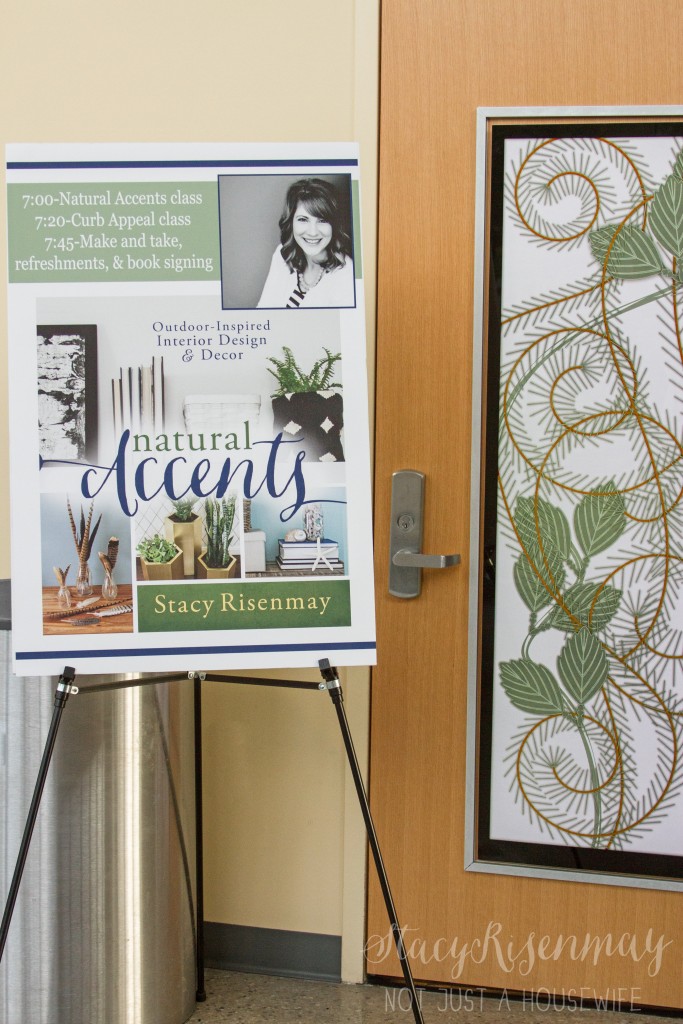 I already shared the details of the cookie bar earlier. I learned a lot and have a lot of tips to share with you if you want to have one at your next party. Eating cookies definitely helped calm me down too :) 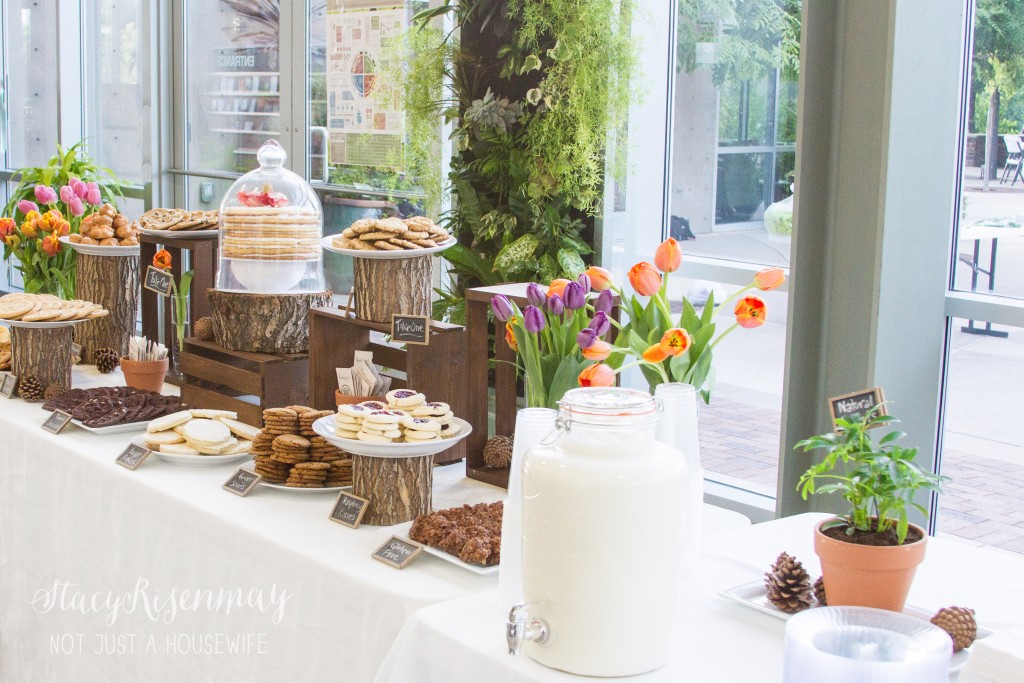 I already had the make and take a dessert for the guests but I wanted to do something else to let them know I was thankful that they came. I made up these custom seed packets full of herb and flower seeds. 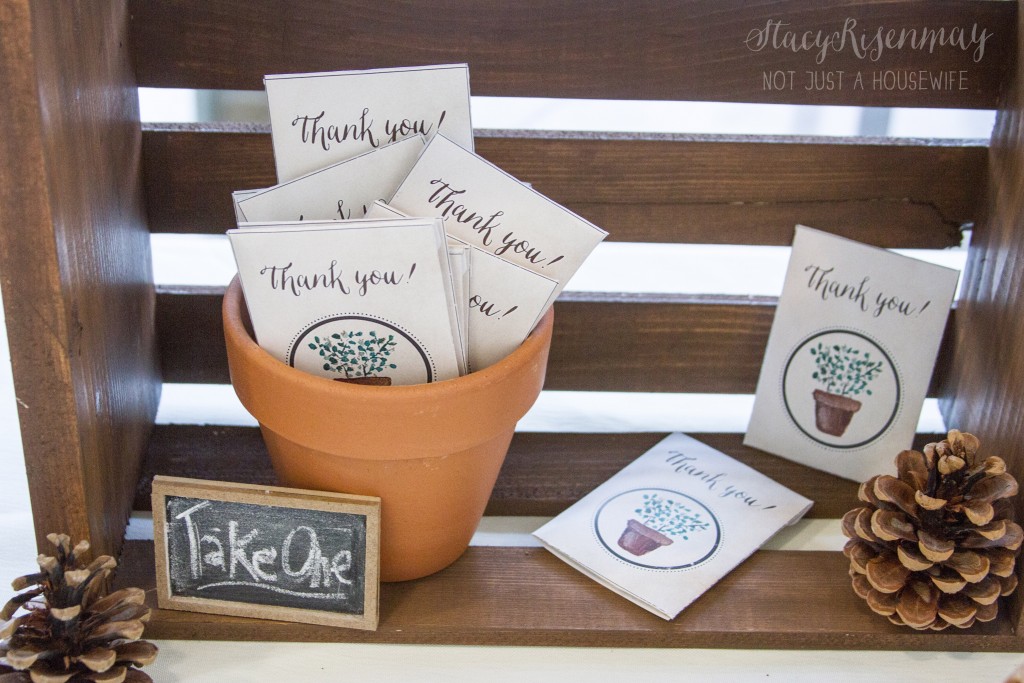 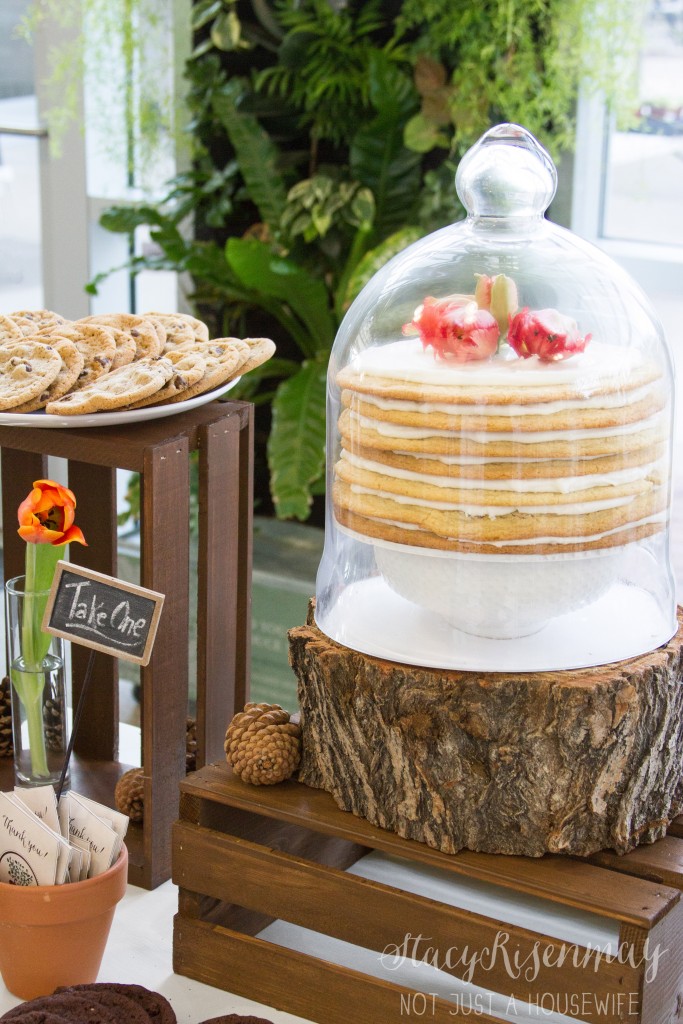 The highlight for me was the live music! It was amazing! 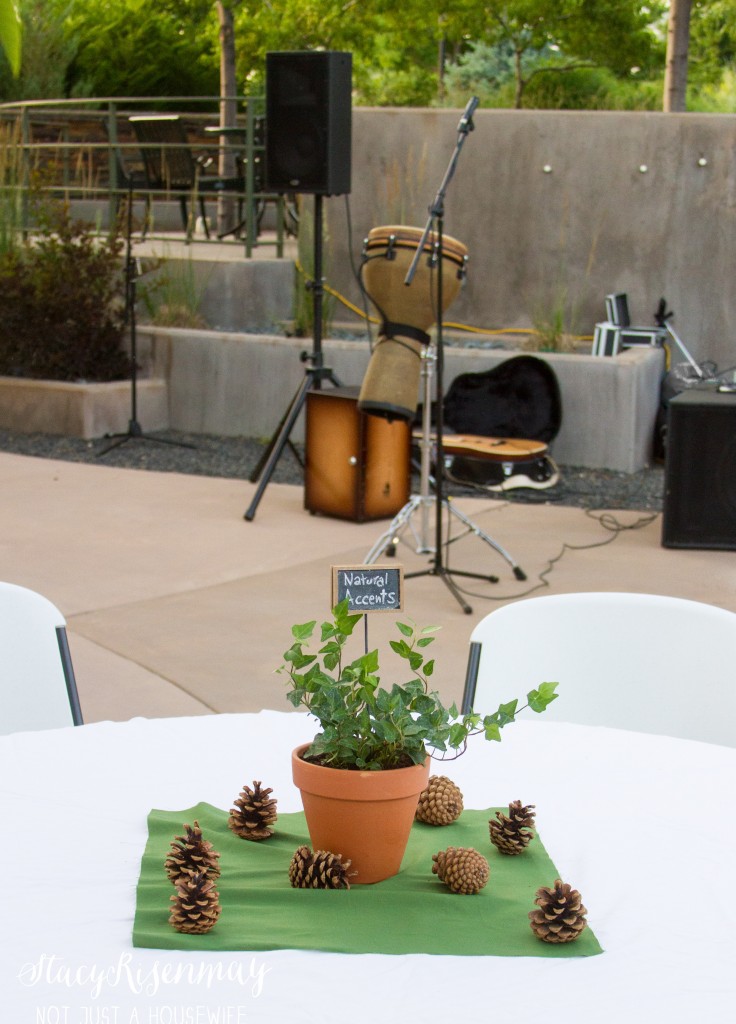 I had really wanted to have live music at the party. I lucked out because a girl Shane works with has a very talented husband who has a band. One of the members was out of town but they rocked it! And Cynthia's husband ended up joining in too :)  They had a very indie, folksy vibe which I love. 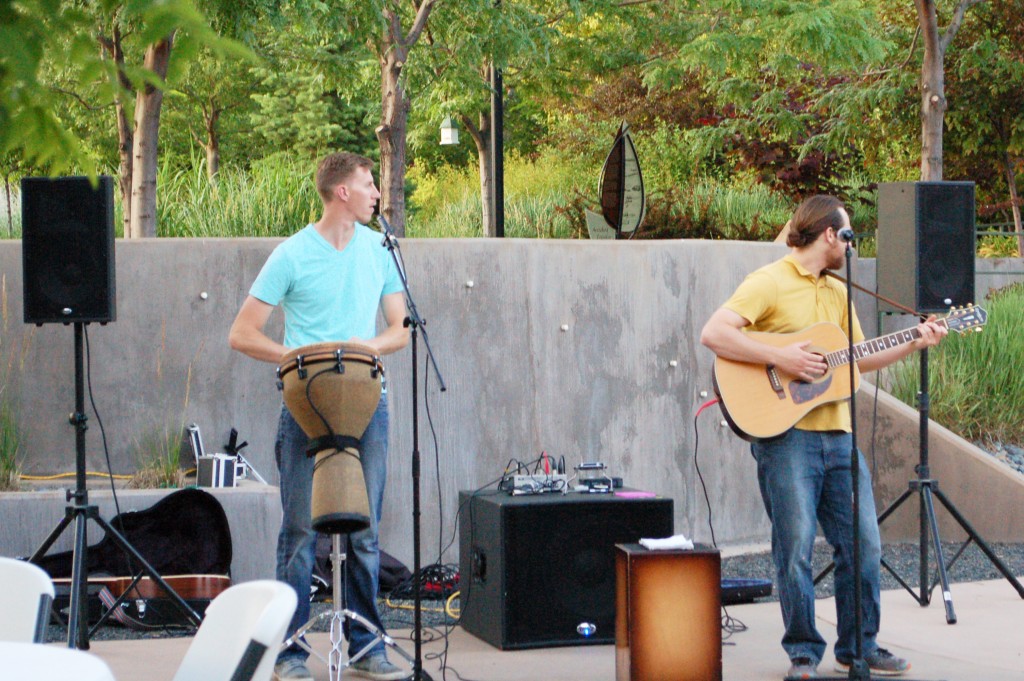 We still made succulent necklaces but we used bottle caps instead of the terrarium pieces since they were stuck somewhere in the mail system. They turned out beautiful! The two we took home are still alive one month later! I just water them every once in awhile. 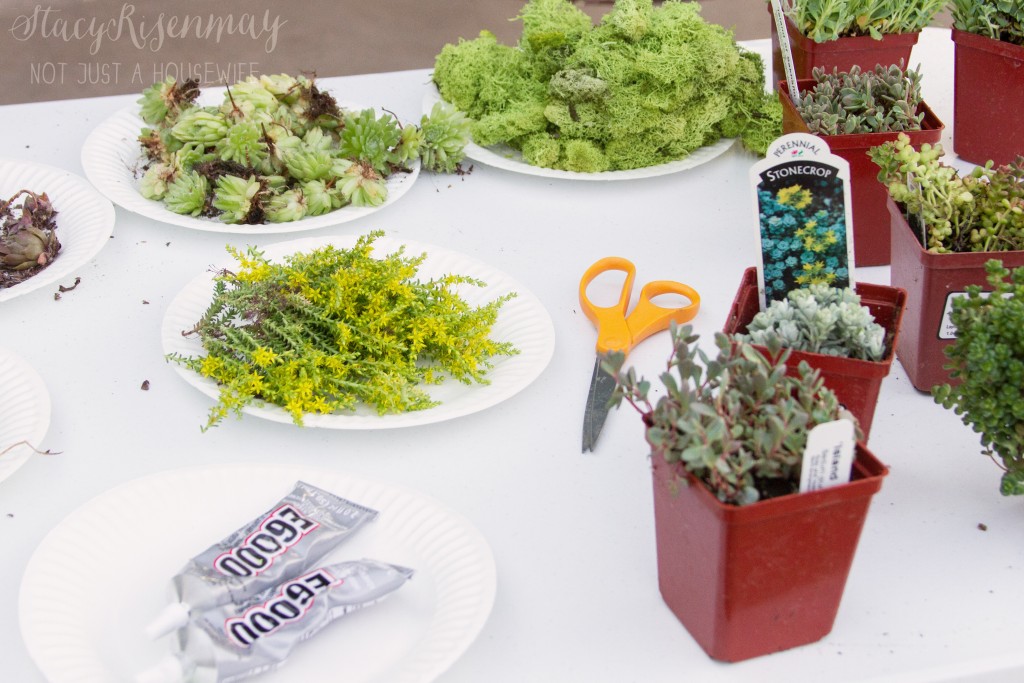 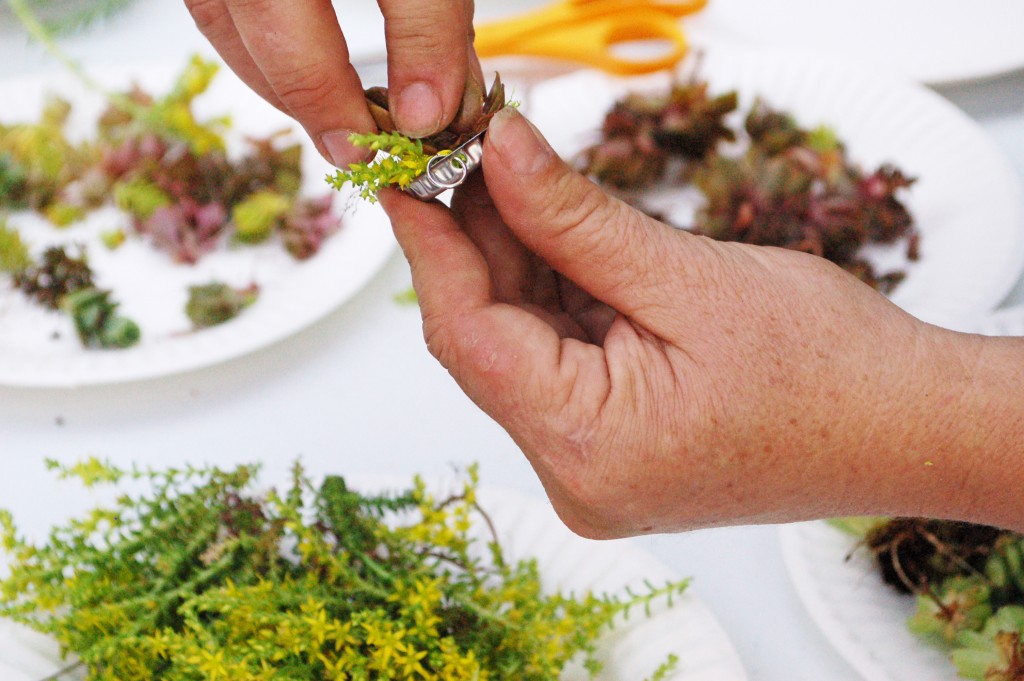 I have always wanted a jumpsuit. Alright, not always. But for the last year I have. I have searched and search for one that work for my figure type, that had sleeves, and didn't cost $500 (for reals!). Why are they so pricey? I finally found one and bought it. I wasn't sure if I could pull off a jumpsuit but I figured worst case scenario I could always be a cat for Halloween. I ended up loving it! I am not sure how flattering it was but it was SO comfy, it had pockets, and I felt like I was in my PJs. I also picked up a necklace from Maurices that had a gold feather and an agate. It was perfect considering the topic of my book. 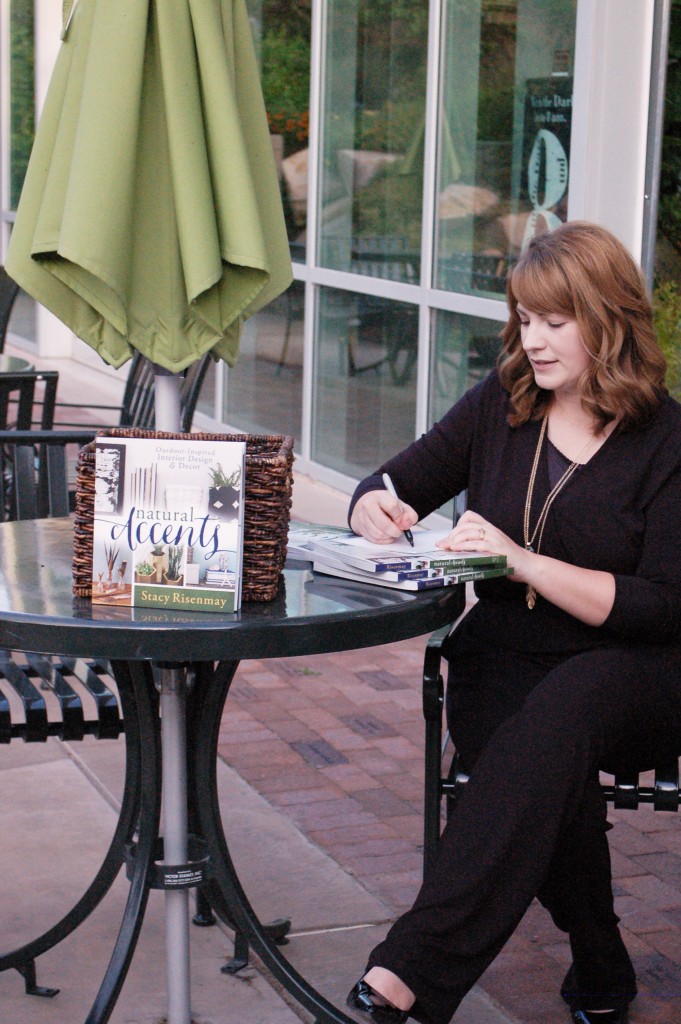 Overall it was a wonderful night. Shane and the boys were such a great help with setting up and taking down. The boys loved snitching cookies and watching the band and they got to explore the gardens while I signed books. Even though we had some bumps in the beginning, and I had stressed for weeks leading up to it, I liked it.... I just don't want to do another one for a long time :P