I can't believe it is already December! Is anyone else panicking? I swear it was just October yesterday... But the good news is that since it is the beginning of a new month means that it's time for another Styled X3 challenge!

Every month I choose two other bloggers to do this challenge with me. I buy three of the same item and we all have to style them in our own homes. Altering the item is optional.

This month I sent Jenna from Rain on Tin Roof and Allison from Two Thirty-Five Designs a bunch of sliced agates. They both have such fun personal styles and I knew they would rock this. 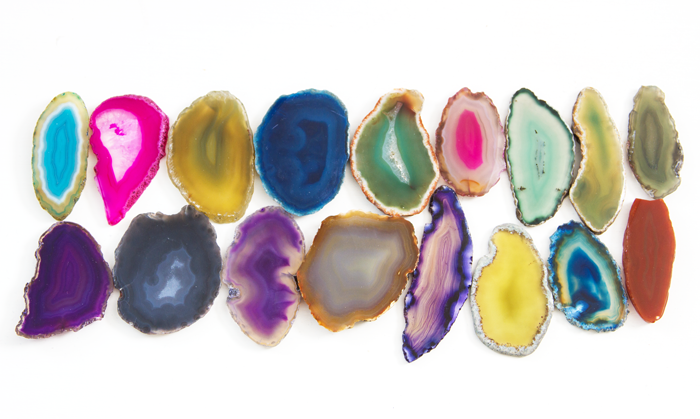 I had a hard time deciding what to do with mine because there are so many things you can do with them. I have used them to make drawer pulls and magnets before. I considered making tree ornaments too. But in the end I went with a candle holder. 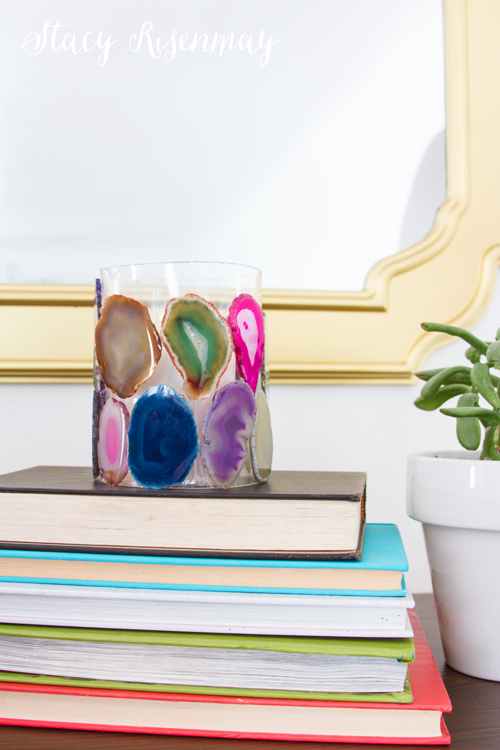 I almost made something to hang in my window so the light would pass through the agates. That is actually how I got the idea to do a candle holder. I was hoping that when the candle was lit it would have a similar effect. *Disclaimer* I apparently stink at photographing candles in the dark. It was much prettier in person. 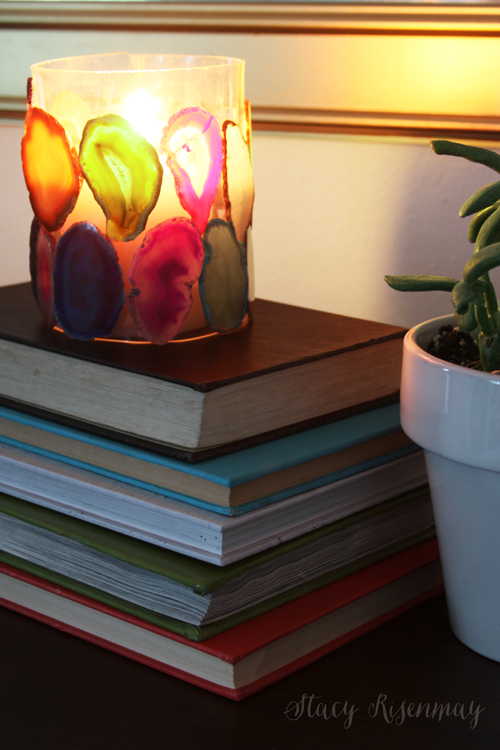 It was pretty simple to make this. I had some acrylic (Plexiglas)  left over from another project. First I measured and marked where it needed to be cut. 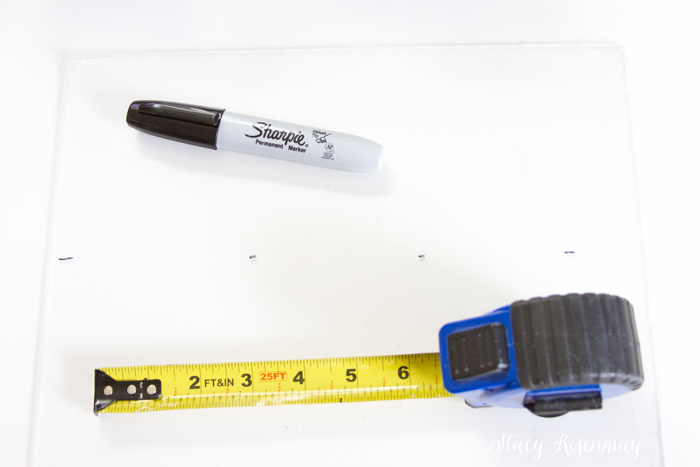 It is quite easy to cut acrylic. They have knives specifically for cutting acrylic over by where it is sold in Home Depot and other home improvement stores and they are really inexpensive. You hold a straight edge against the line you have drawn and score along the line with the knife. After you have scored it through about halfway, it should snap off. 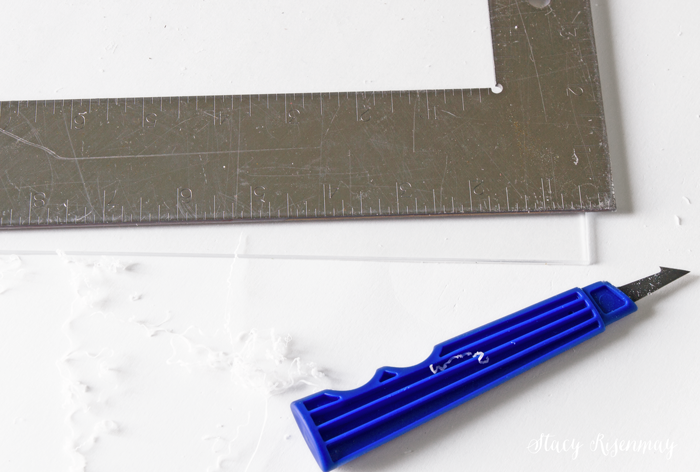 If you have read my blog for awhile then you know I have become quite obsessed with using my heat gun to melt and bend acrylic. I have made icicle ornaments and a funky bowl among other things. I pulled it out again to bend this piece. I had a glass vase that I used to shape the acrylic. Once I heated it up, I would wrap it around the vase and let it cool. I was able to do it in three sections. I had mine gun set at 700 degrees.

*Use a work surface that will not be damaged by heat. 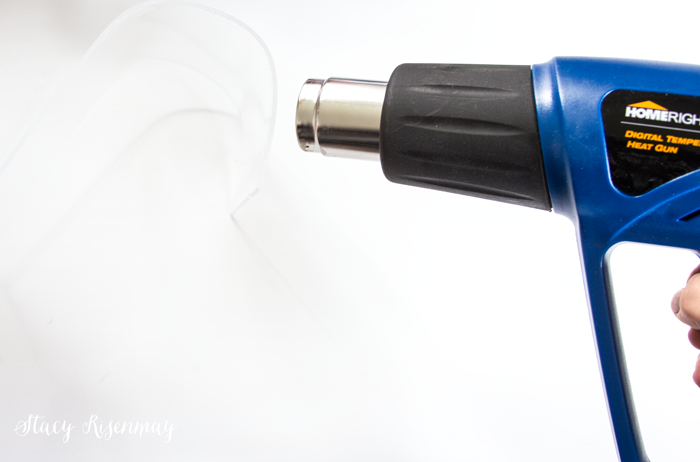 Once the acrylic had cooled, I started gluing on the agate slices. I used super glue. You can use any glue that dries fast and dries clear. 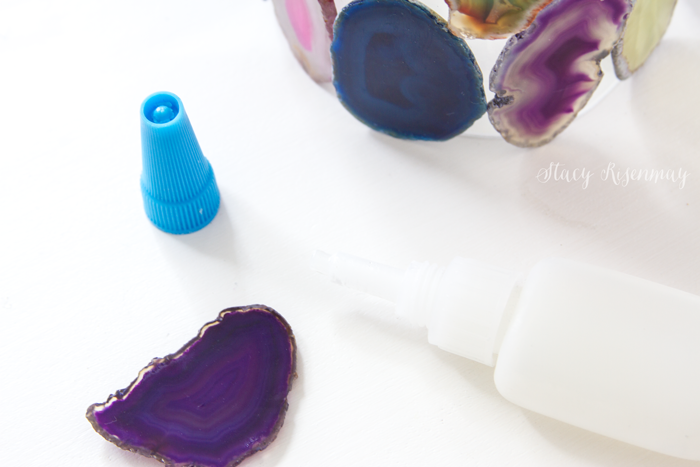 Even without the candle lit it is quite pretty! 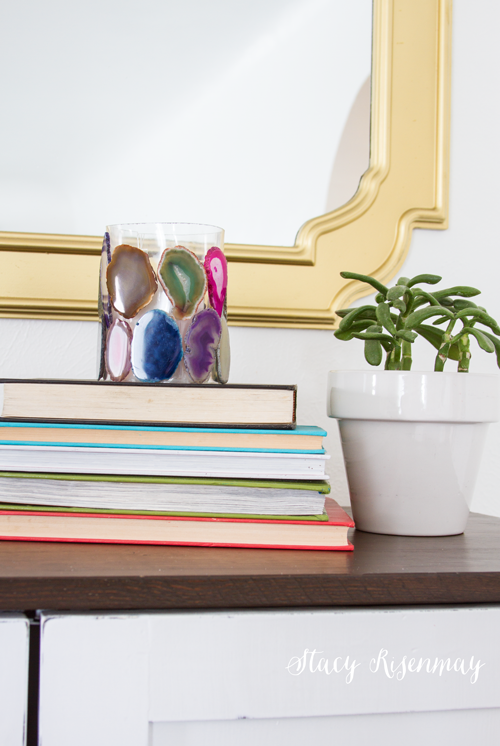 Be sure to hop over and see what Jenna and Allison did with their agates!!!

As a brand ambassador for HomeRight, I get to try out their products and share projects with you each month. This post was sponsored by HomeRight but the ideas and opinions are all mine :)