My little boy turned 4!!! He wanted a Robot party. This is a crazy time at our house and I was worried about having enough time to pull it off. But I simplified from what I normally do and it went well. He loved it!

I asked him if he wanted a Robot cake and he said no. He wanted "muffins" instead. At first I was sad but then I realized it would be so much easier so we went with it :) 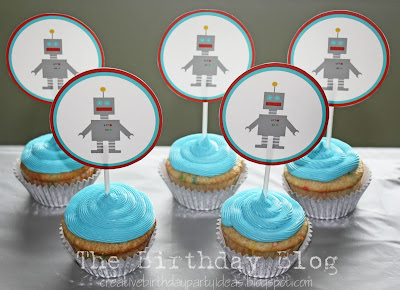 If I had made a cake I would have made something like this guy. I made this robot cake for a friends little boy last year. For the complete tutorial click HERE. 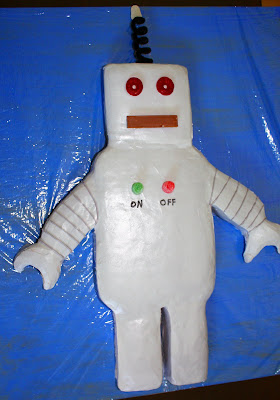 I got all the party supplies from Oriental Trading. I normally get some things from them and then make most everything else, but I just didn't have the time. Oriental Trading saved me! 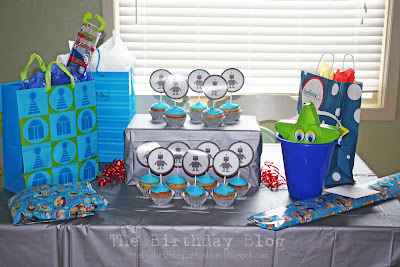 One of the favorites were these robots that hang down. 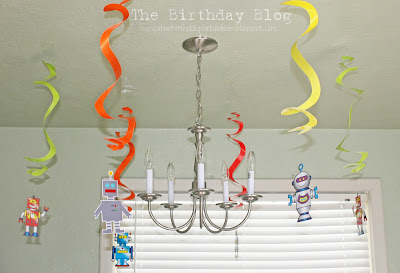 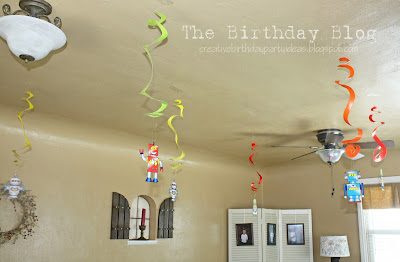 My oldest boy made these Lego robots for decoration. I thought they were a cute addition :) 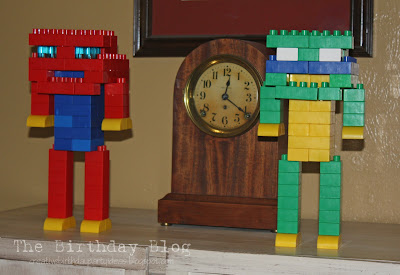 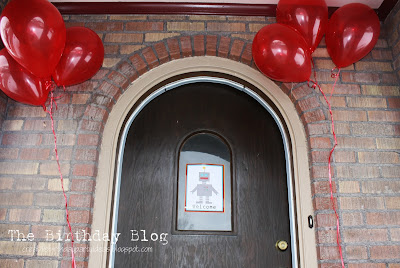 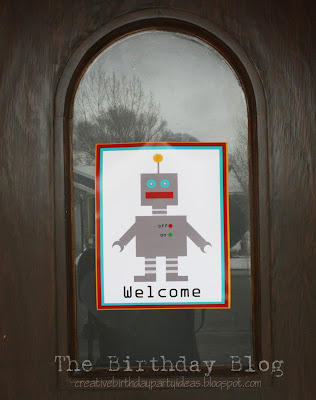 As the kids were coming we had them color robot pictures. It helped them have something to do while we waited for everyone to arrive and we would be using them later as part of a game. That's what I call a "two-fer"! 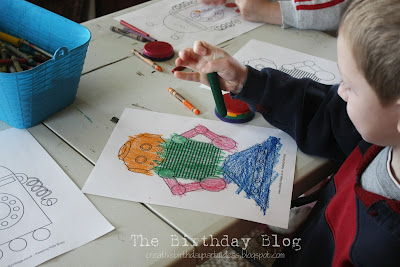 For the games, we kept it pretty simple. We had 3 and 4 year old kids after all :)
The first game we played was the robot version of red light/green light. One kid had the remote and the rest of the kids were robots. They had to walk like robots too. It was priceless!!! 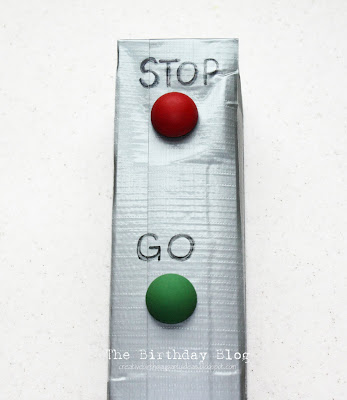 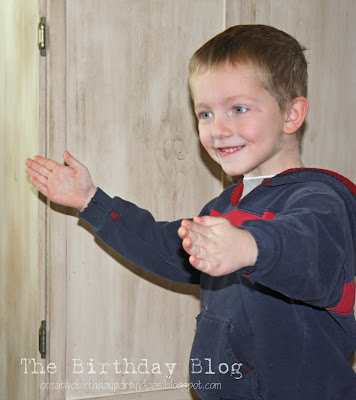 For the next game, we had a robot arm that they had to move a pile of toys from one end of the room to the other. If I would have had more kids I would have turned it into a race, but we just took turns instead. 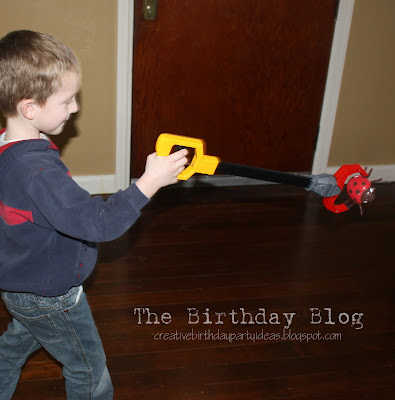 I forgot to take pictures of the third game. This is where the coloring sheets came into play. I spread the pictures on the ground in a circle. I turned on some fun music and the kids walked around like in musical chairs. When the music stopped whoever was not on a picture got their treat bag. We didn't call it "out" because we didn't want to hurt any little people's feelings. We did this until all the kids had their goodie bag. 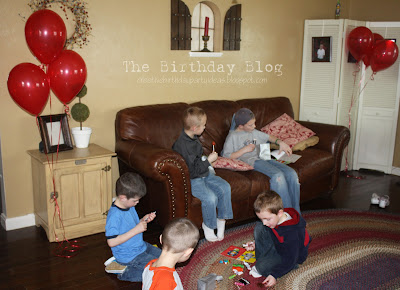 I got some robot ornaments from Oriental Trading and turned them into necklaces since we had some girls there. They also got a few bottles of robot bubbles, a couple robot activity books, and of course some candy. After they got to check out their stash we came in and had cupcakes. 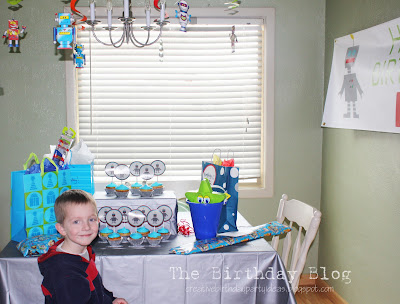 I had Build A Sign contact me and offer to send me a sign. Perfect timing! I made a robot in photoshop and was able to create a custom sigh for my sweet birthday boy. I could have used one of their designs as well. He is kind of obsessed lately with seeing his name so he got a big kick out of having it huge on the wall. Thank you Build A Sign! You were fast and easy to work with :) 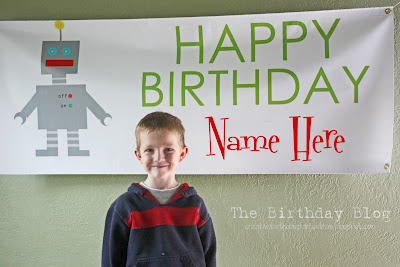 So I wanted to share the things I made in photoshop with you. There are the cupcake toppers, the welcome sign, and the robot himself. I used the robot to make the invites and I printed him out as a 5x7. I cut the 5x7 robot out and hung him from the ceiling too with the other kinds of robots. So here you go! For FREE :)
Just double click on it, then right click, then "save as" to your computer! Easy peasy. 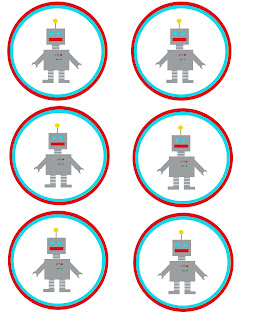 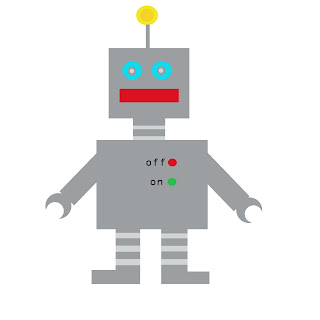 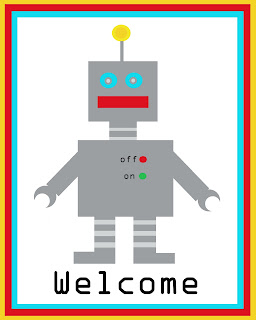 My little guy had a blast and it was hands down the easiest party I have ever done. If I would have had more time I would have had things like toilet paper rolls and cracker boxes spray painted silver so they could have made their own robots. But it probably would have been hard given the age group. So it all worked out for the best :)