×
For someone who possesses very little sewing skills, I end up making costumes an awful lot. I figure they only get worn once, and at most once a year, so they don't need to be quality. Right? I can wing it pretty well with out a pattern. Here are some of the homemade costumes I have done ( the ones I could easily find pictures for at least).
My oldest wanted to be a crocodile a couple years ago. I tried to talk him out of it. But when I saw the picture he drew at school, I melted and gave in. I tried to match it as best I could. 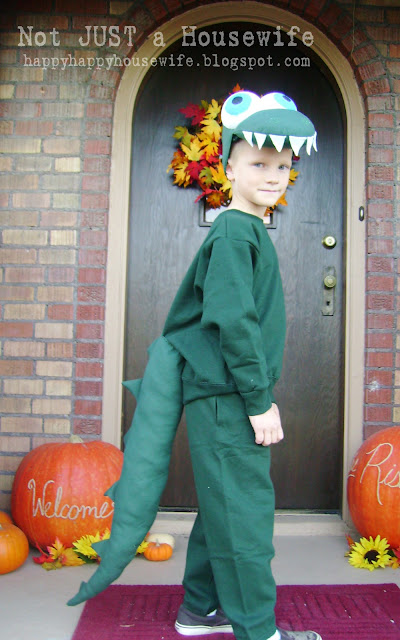 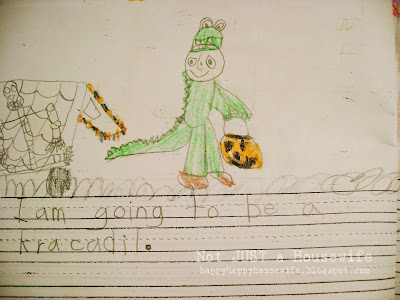 Don't you just love how little kids spell??? Although, without spell check I am not much better. Not so cute when you're 30 (ish). 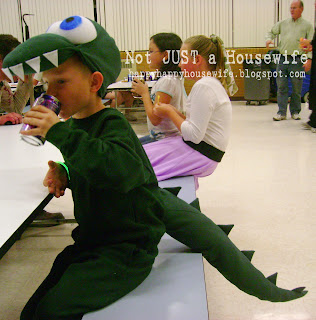 This isn't the best picture, but it shows it more up close. I cut a Styrofoam ball in half and glue gunned it to the head piece. I made the teeth out of felt and they got glue gunned too. I bought a green sweat suit at Walmart for less than $10.00. I found matching green material there too for $1.00 a yard. I only sewed the tail and head thing. 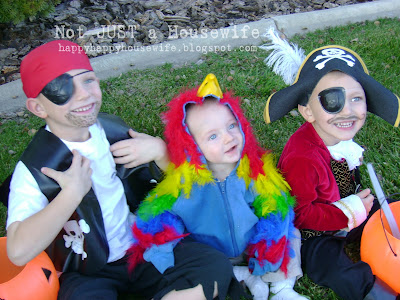 I made a parrot costume one year. I bought a cheap blue jacket and a big bag of feathers from the craft store. I glue gunned them on. The craft Store also had plastic beaks and pig snouts that you could wear on your face held on by elastic. I cut off the elastic. Where the elastic had been were holes. I sewed the beak on through those holes. I also added two big googly eyes. I wish you could see the head better. This kept him nice and warm.
Yes. This is a fly costume. Only my little guys would come up with this! I made this without a pattern and it turned out pretty well. He loved it so much he was a fly 2 years in a row.  The wings are wire shaped to what I thought was a good fly wing shape, and then covered in netting fabric (glue gunned, of course!). I had black elastic for the arms to go through. Again, the eyes are a styrofoam ball cut in half. I used fishing line to hold all the arms ( or legs)together. 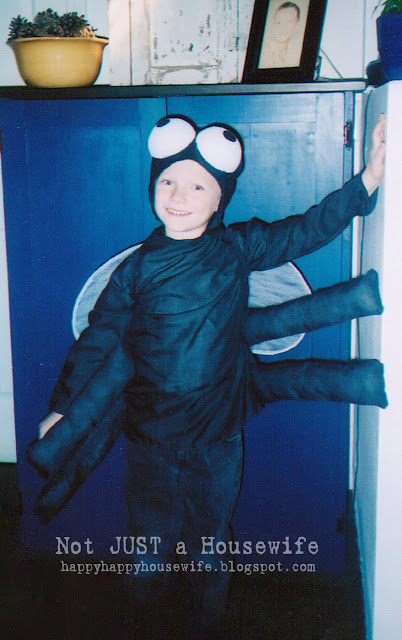 Come see why I posted about Halloween past costumes! See HERE!