Hey guys! I did not intend to take a week off but we had some unexpected things happen that kind of put everything else off for a bit. Water damage. The joys of home ownership, right? After replacing appliances, the water heater, the furnace and AC unit, and our roof, I was kind of hoping for a reprieve for a bit.

I started noticing the flooring was buckling by the sink and realized we had a slow leak. I'm not sure if we didn't tighten it enough or add enough plumbers putty, but the drain that screws on underneath the sink was leaking. We fixed it quickly but the damage was done and I had to rip up the flooring. 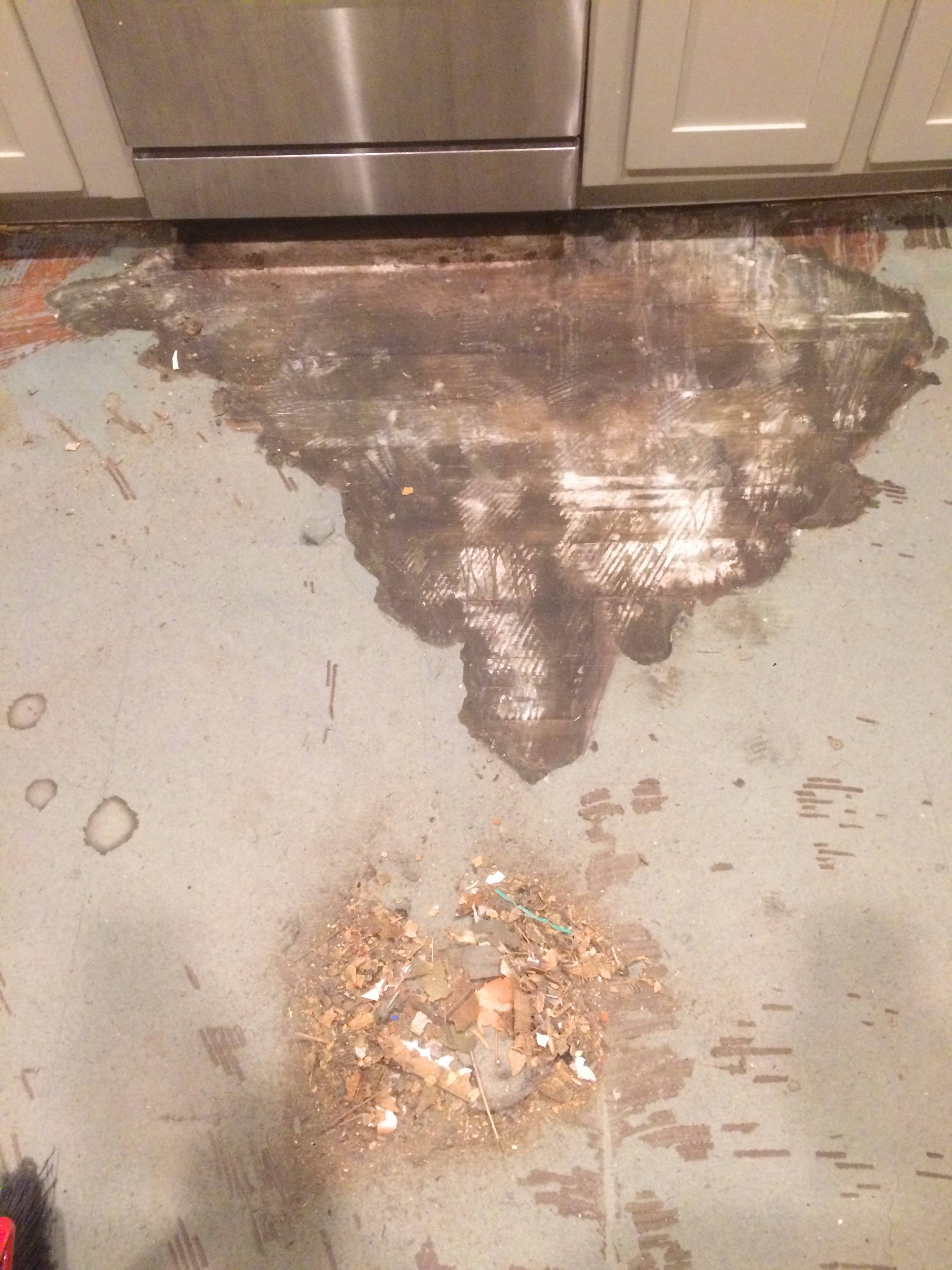 Under the laminate flooring was the original vinyl from the 1930's. It had a paper like backing that was glued directly to the wood subfloor. This vinyl is the same that was also in the hallway. When we bought the house forever ago, we ripped out the old vinyl and had to scrape the backing and glue off. Before I go any further I should mention that we had our house tested for lead and asbestos at that time and both tests were negative. We still wore masks and protective gear to be safe.

Scraping the glue and backing off the wood subfloor in our tiny hallway took Shane and I two days working together all day. I was not looking forward to doing it again in a much larger area. I had to do it myself since I discovered it while Shane was at work. I worked from about noon until 7am the next morning without leaving the room... or sleeping.

The green stain is from the dye in the paper backing seeping into the raw wood below, not from mold. 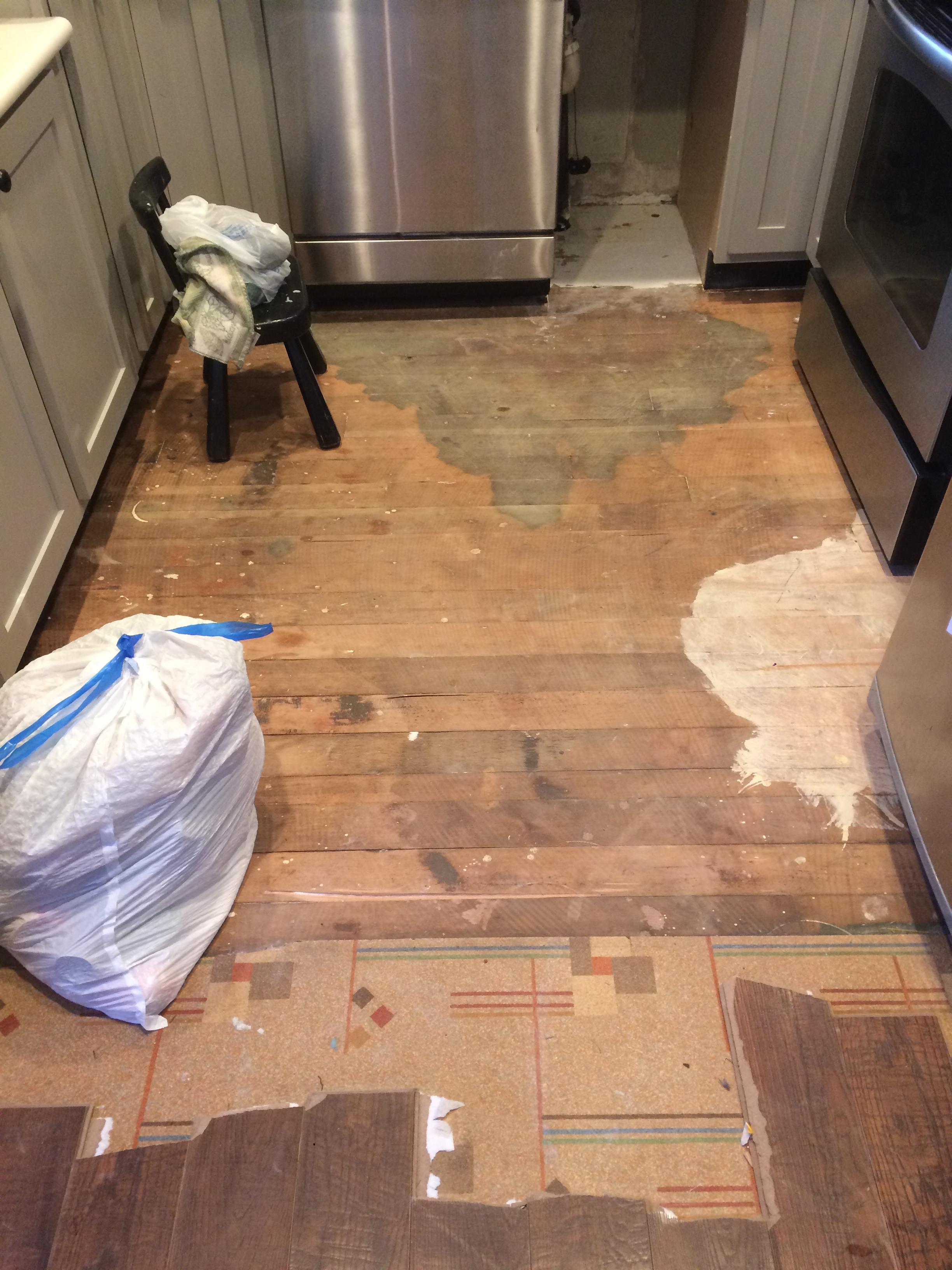 Isn't it funny how different angles can make things seem distorted? This angle makes my kitchen look way more narrow than it really is!

Originally we had planned on putting in laminate again. After years of having different flooring in each room I crave having the whole upstairs match. But after this experience, I think we are going with a wood like tile in the kitchen and dining area. I do not want tile in the living room, office, and hall so the plan is to find a laminate and tile that match as closely as possible so we still get the feeling that everything is congruent.

I have ordered several samples of both laminate and tile so we can see and compare them in person. After years of having dark floors, I am thinking of going a bit lighter. These are a couple of the wood tiles I'm considering. 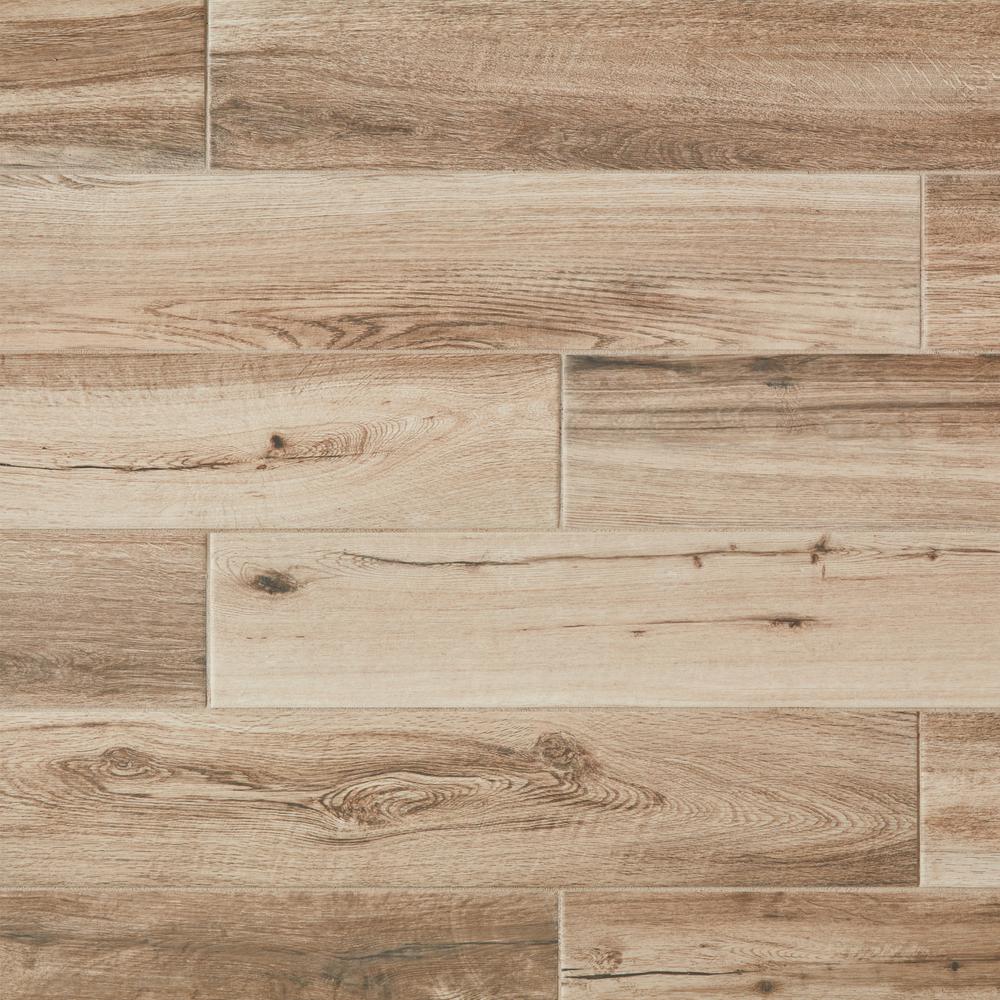 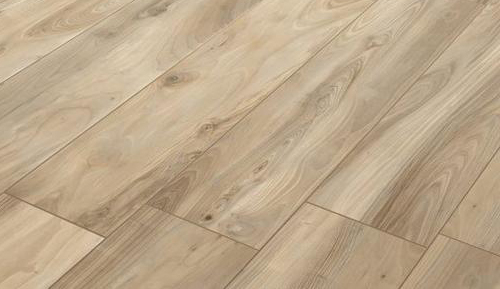 So while replacing the upstairs flooring was on our to-d0 list, it was at the bottom. We will have to switch our budget and project schedule around and make it work.

Have you had any unexpected projects lately? I'd love to hear about when you had to switch things up :)