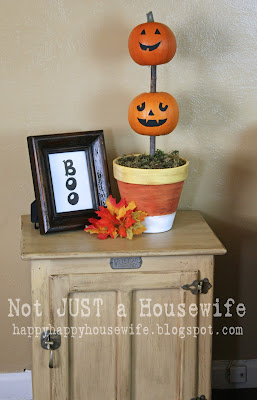 I made this pumpkin topiary the other day.I am a big believer in "use what ya got". I already had this pot in my garage that I had painted and used for a houseplant. Since the house plant has long since kicked the bucket (or pot in this case) I decided to re-paint it. I made it look like a candy corn. The pot is the perfect shape for this. Another idea would be to fill this with candy to hand out to trick-or-treaters. I just might have to make another! 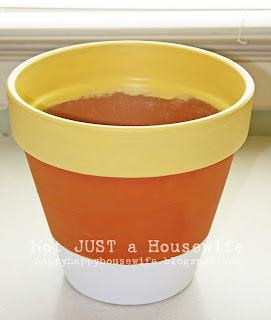 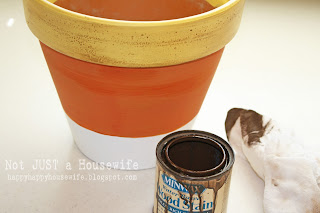 I chose to antique mine. . . because I antique everything. It is a sickness. And I love it.
If you don't want to do this to yours you can skip this step.
I use water based stain. I have one rag to dip in the stain and another that is slightly damp so I can rub off the stain. Wipe some stain on, wipe some off. Play around with it. It is hard to mess up because you are pretty much just trying to make it look dirty. 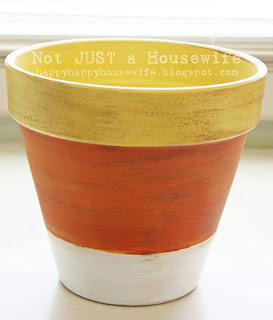 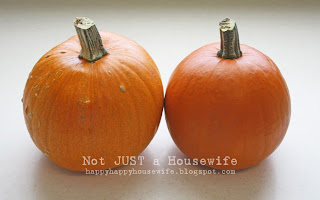 Going along with the "use what ya got" idea, I used real pumpkins because. . . well, it was what I had! You could use those fake foam pumpkins as well. That way you wouldn't have to replace them every year. I think I will do that next year :) 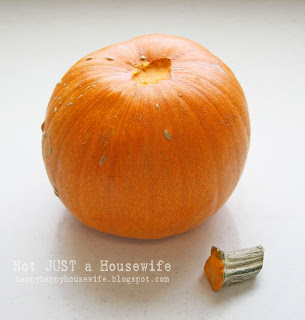 I tipped the pumpkin on its side and used a hammer to gently knock off the stem of the pumpkin that I wanted for the bottom of the tier. 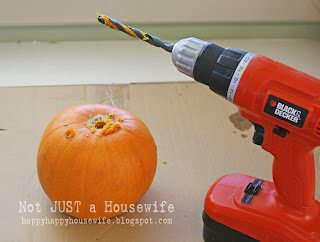 I used my handy dandy drill with a drill bit that was slightly smaller than the stick that I was using for the topiary. The bottom one will need a hole drilled in the top and on the bottom. The top pumpkin will only need a hole on the bottom. 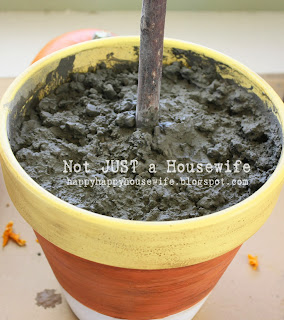 Because I was using real pumpkins I was worried they wouldn't be heavy enough to cause the whole thing to be top heavy. So I used quick set cement instead of plaster of paris. I had some left over in my garage from installing a fence this year. I put duct tape in the bottom of the pot to cover the hole first. I really didn't need to have this much. Seeing as it weighs as much as my first born, it was probably over kill. But it won't be tipping over! 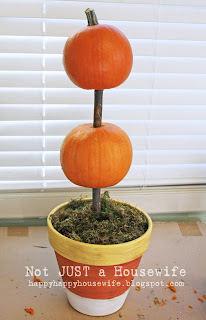 I put some moss in it to cover the cement. You can buy it at crafts stores. I always have some on hand. I stick it everywhere! Plus you can use it to make a regular topiary (see HERE). 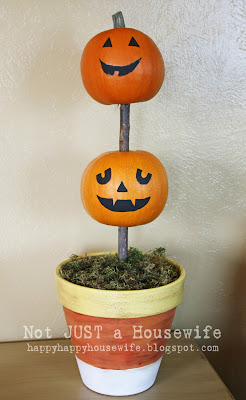