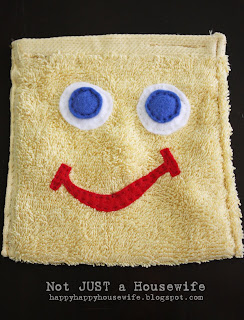 I have no problem getting my boys into the tub. They love to splash and play with bath toys. But getting them to use soap is a whole other matter. In the past we have used liquid soap. The problem is that they squirt it in their hands and then put their hand under the water to "wash" their bodies. Obviously the soap gets washed away before it touches them. So now we have bar soap. But my boys don't like to use it and it is pretty slippery for my 3 year old. So I came up with the SOAP BUDDY. It is a pouch that Velcros shut that you put the bar of soap in. When I got done with him I realized he looks like Sponge Bob and Dora's backpack's love child. Maybe those two should get together because he's awfully darn cute.

I should mention before I go any further, that I DO NOT sew well. At all. Oh when things are going great with the machine I can manage a fairly straight line. But when something goes wrong, like the upper thread snapping, I am at a complete loss. Things went wrong with this project. So I will show some pictures and tell you what you should do. 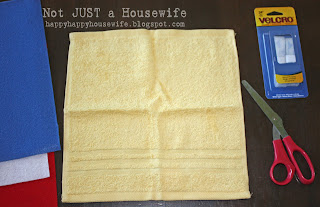 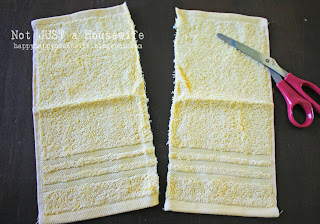 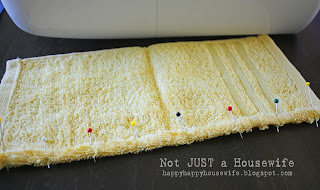 Hem the edge where you cut. I didn't double fold it because I was worried about the thickness and because it will be on the inside and you won't see it. 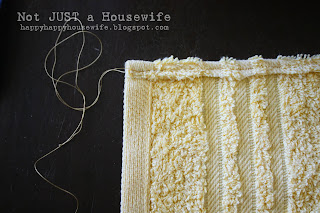 Things were going well at this point. I was even brave enough to show a close up! 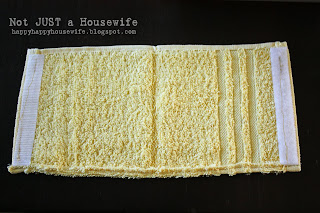 This is where things got a little hairy. I blame it on the fact that I was sewing Velcro onto terry cloth. And my lack of sewing know how. Sew the Velcro on either end of the side that will become the inside of the pouch. The "ugly" side. Then sew up the sides. I, having called my machine horrible names by this point, gave up on it and hand stitched the sides. 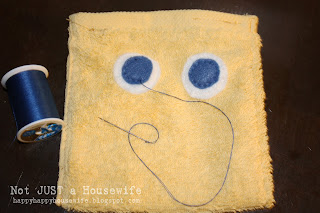 I cut out felt eyes and and a felt mouth. I hand stitched these as well. I would have anyway, even if my "machine" ( AKA me) hadn't been having issues. 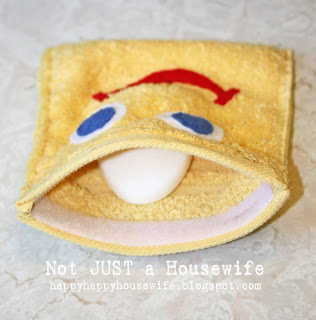 Put the soap in and you are ready to go! 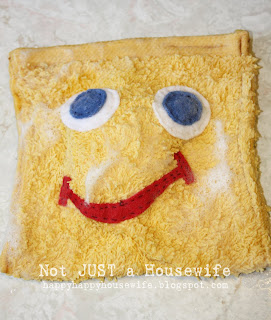 They have been a big hit at our house. And my boys smell great :) My machine will now go into hiding for at least another six months.

« Frankenstein lights
Adding some color to a very white wall »