Hold on. Don't go anywhere. Did the phrase duct tape scare you a little when paired with holiday decor? Cause I am not going to lie, when I was asked by Scotch Duct Tape to create something for the holidays with Scotch Colors and Patterns Duct Tape I was a little baffled as to what I could do. BUT after a little brainstorming, one idea lead to another and then another. And I am THRILLED with how my two projects turned out!!! 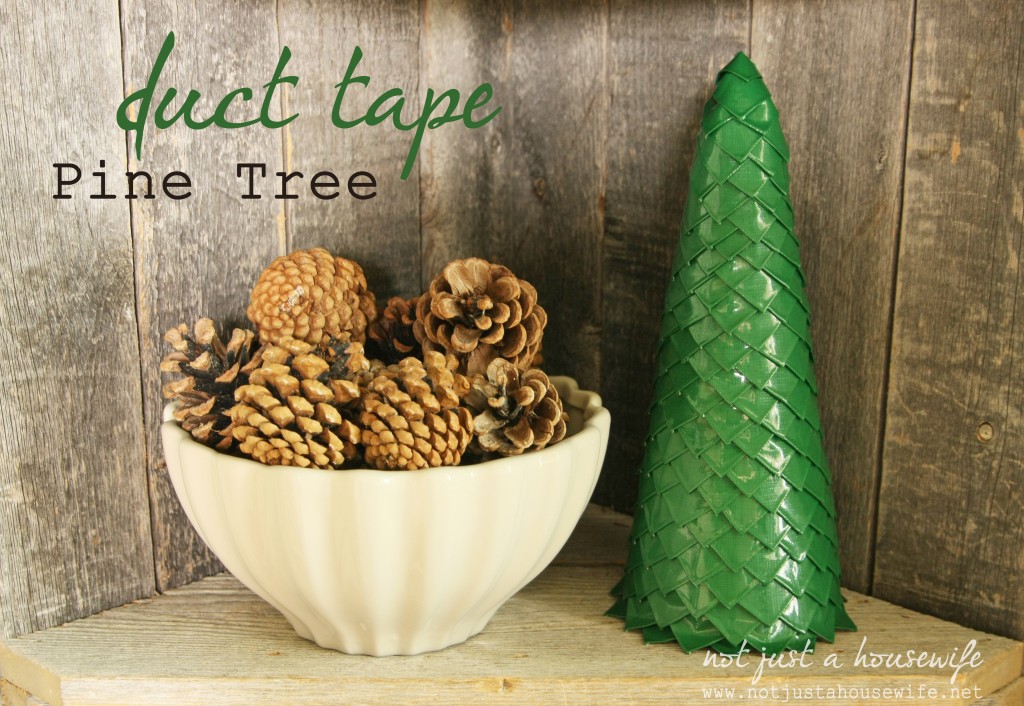 I have seen so many versions of Christmas trees made out of the styrofoam cones that I thought I would make my own version using duct tape!

Actually I made two different versions. The first one was two toned. And I unintentionally made a harlequin pattern. I thought it was fun! And I bet you could figure out how to make it a chevron pattern too. 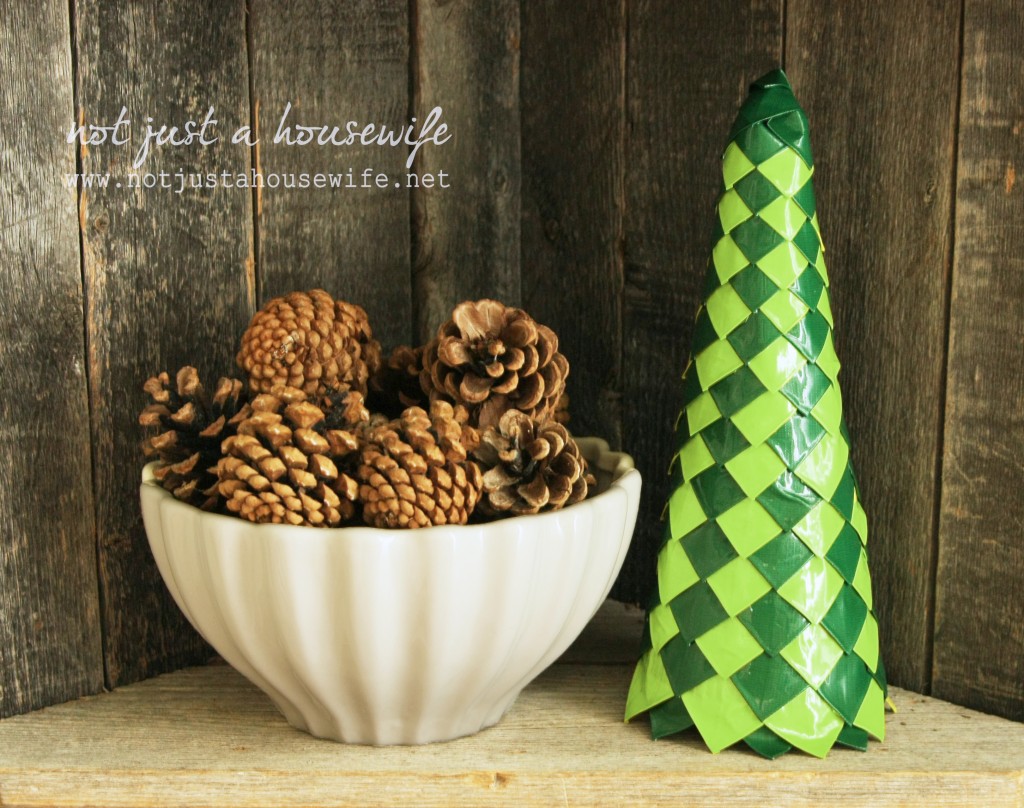 Here is how I did it: 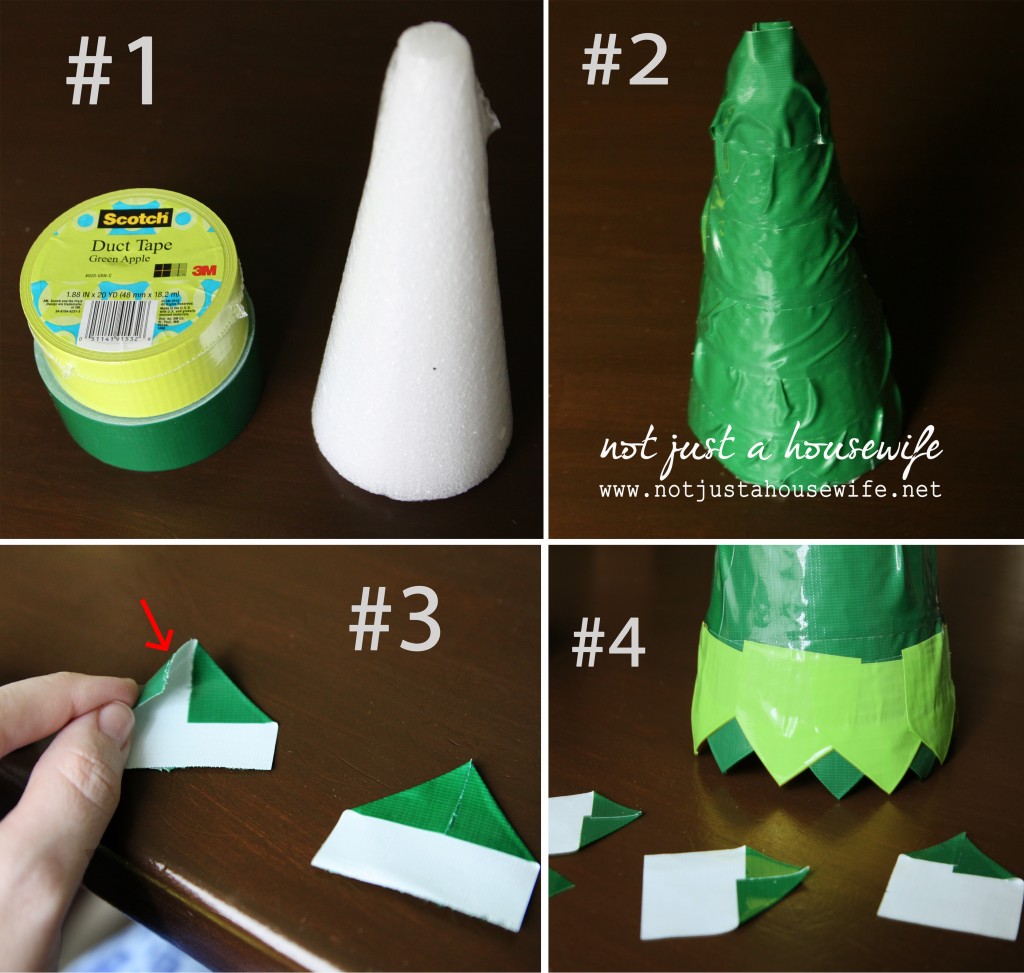 #1 Gather your supplies. I used a styrofoam cone from the craft store and duct tape. I also used scissors. I prefer to cut the tape instead of tearing it.

#2 I don't work with styrofoam a lot and MAN! It is messy! So I covered the whole thing in a layer of duct tape mainly so it wouldn't shed everywhere while I was working. But also it helped the other duct tape to stick better.

#3 Cut small pieces of duct tape (about 1 ½ to 2 inches) Fold thetop edges in to create a point. ***If you always fold down the ripped or cut edge, then you piece will all be the same width. If you fold down the smooth, original edge they will not*** I learned that the hard way and if you look at my two toned tree you can tell they are different sizes.

#4 Start adding the pointed pieces to the bottom and work your way up. stack them off set like a brick pattern. 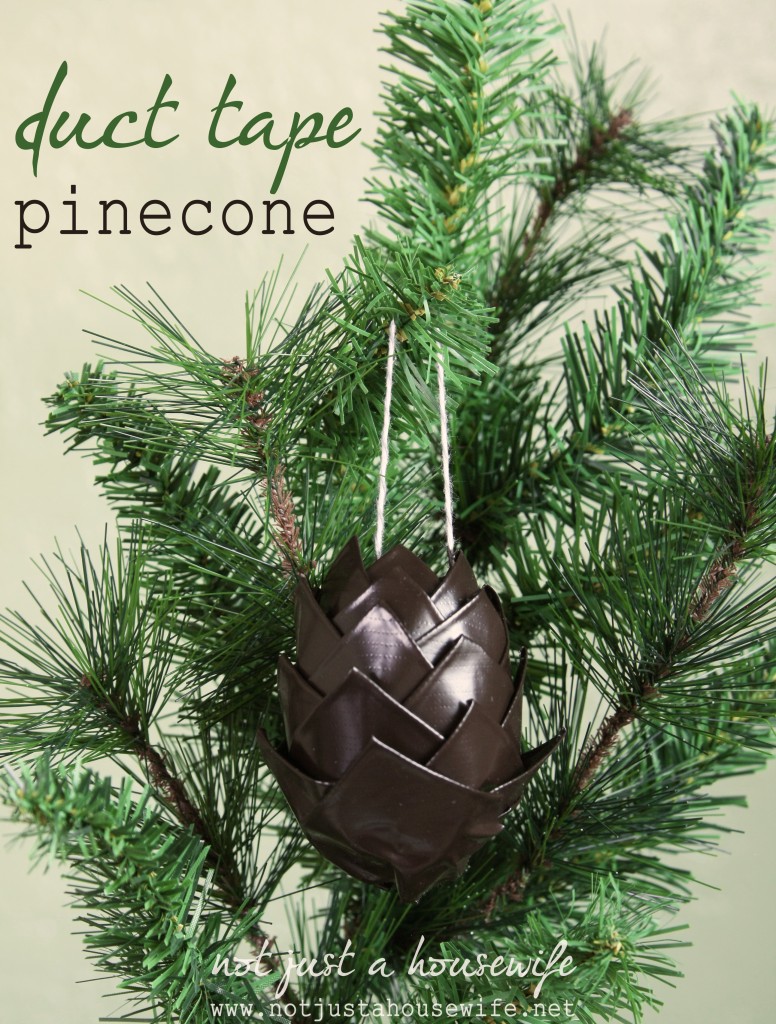 My kids wanted a project they could do. But the tree projects took a long time (at least in kid time!) So this next project was born :) I took the same idea of folding the pieces of duct tape but added them to a styrofoam egg instead. It was much faster to make and it wasn't as big of a deal if the points all lined up. Perfect for the kids to do! 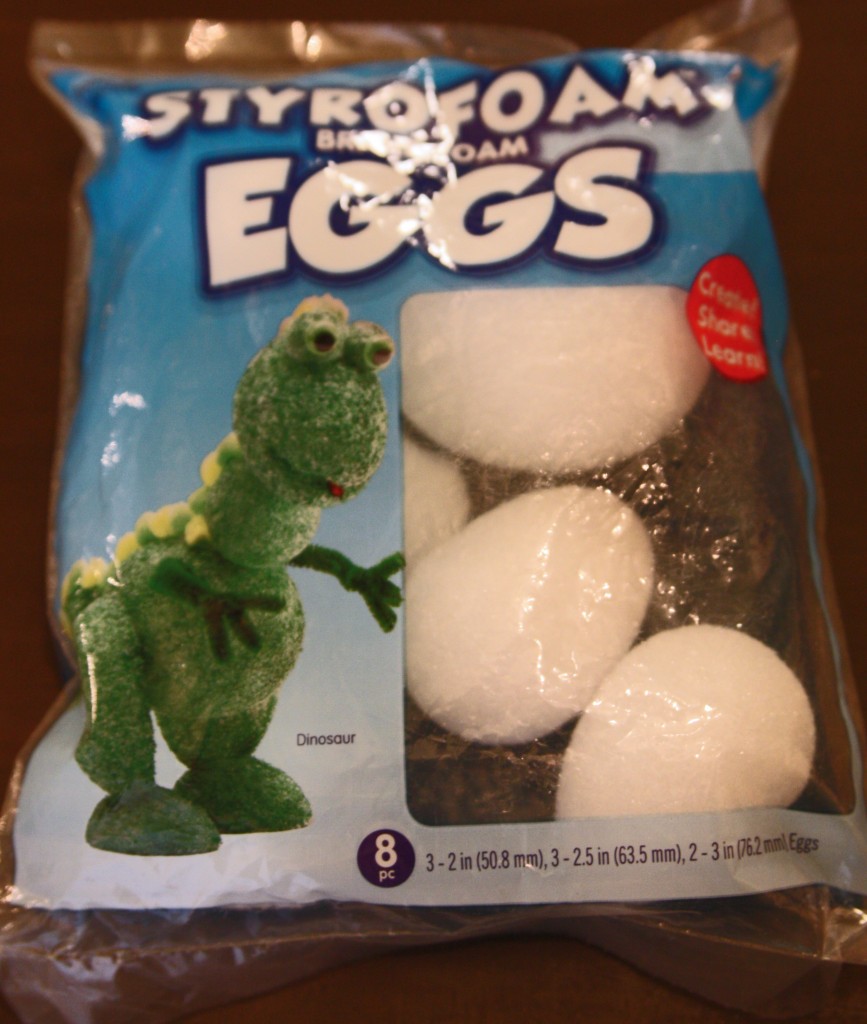 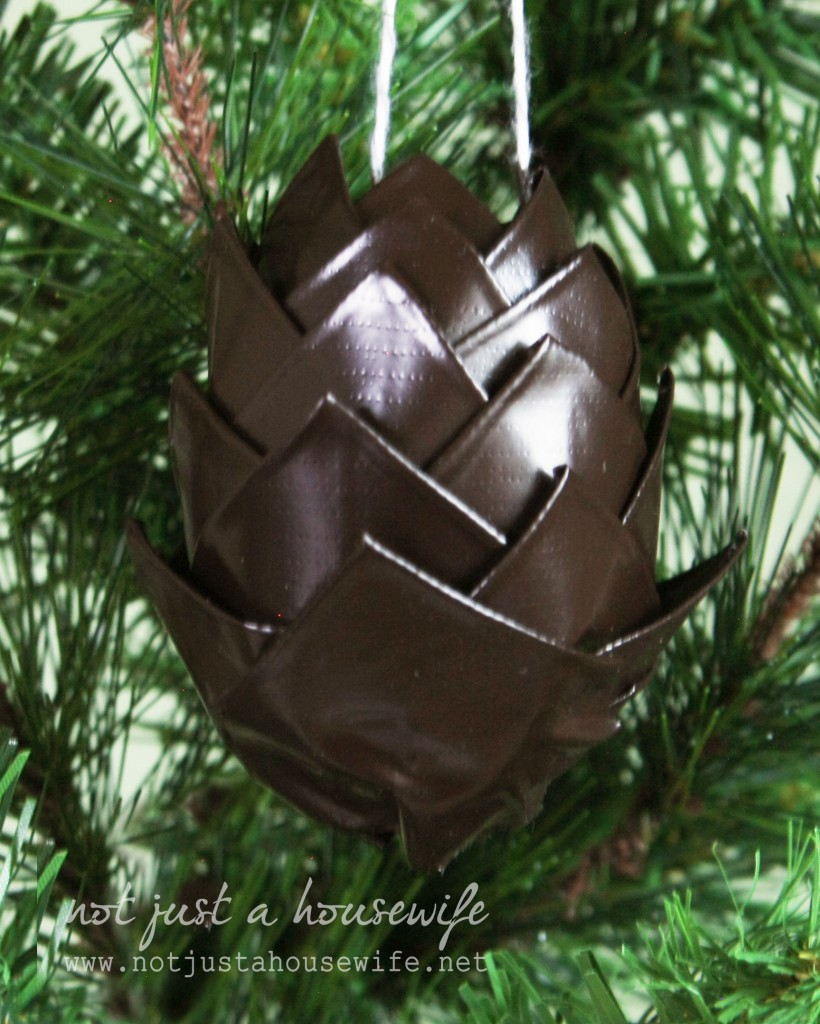 This post is a collaboration with Scotch Colors and Patterns Duct Tape. To see more creative projects, visit www.ScotchDuctTape.com.