I am not overly fond of Halloween. I may have even referred to myself as the Scrooge of Halloween. But I am the mother of 4 little boys, so I have to buck up and (partly) embrace it. I do love coming up with creative costumes. Nothing gory of course. I like to go the clever route. And I love seeing my boys get so excited about trick or treating.

I was asked by 3M to create something for Halloween using their Scotch® Color & Pattern Duct Tape . When I looked their color choices and saw that glow-in-the-dark was an option I knew immediately what I was going to make! And I was excited because by kids are suckers for anything that glows in the dark :) 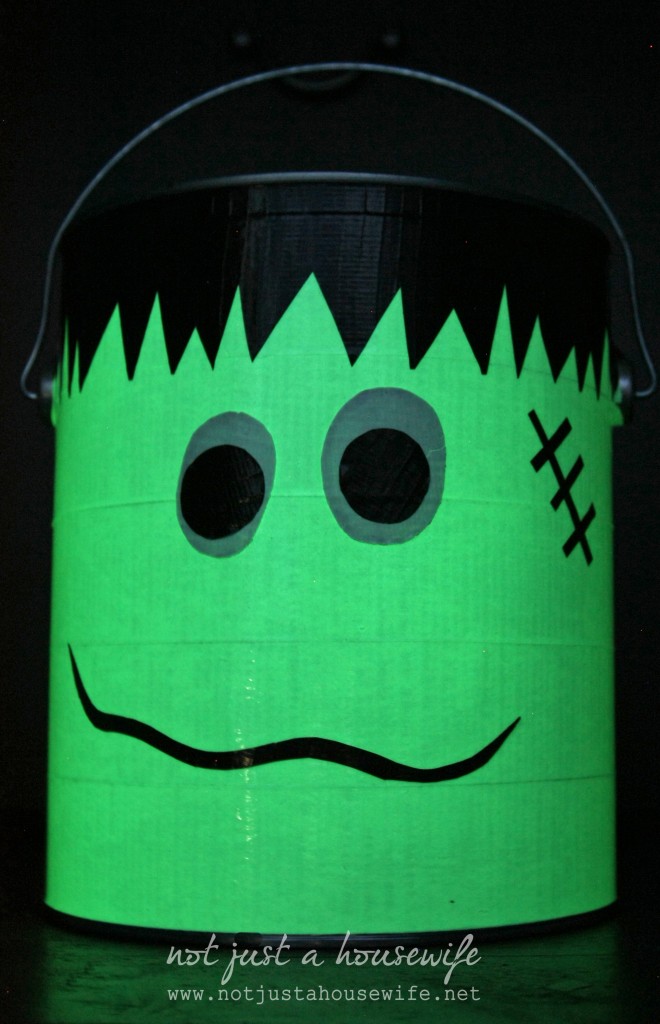 I made this glow-in-the-dark Frankenstein trick or treat bucket in less than 20 minutes. And it is probably something a smaller child could help with and a child that was a little bit older could make themselves.

Here is what it looks like when it is not all aglow. 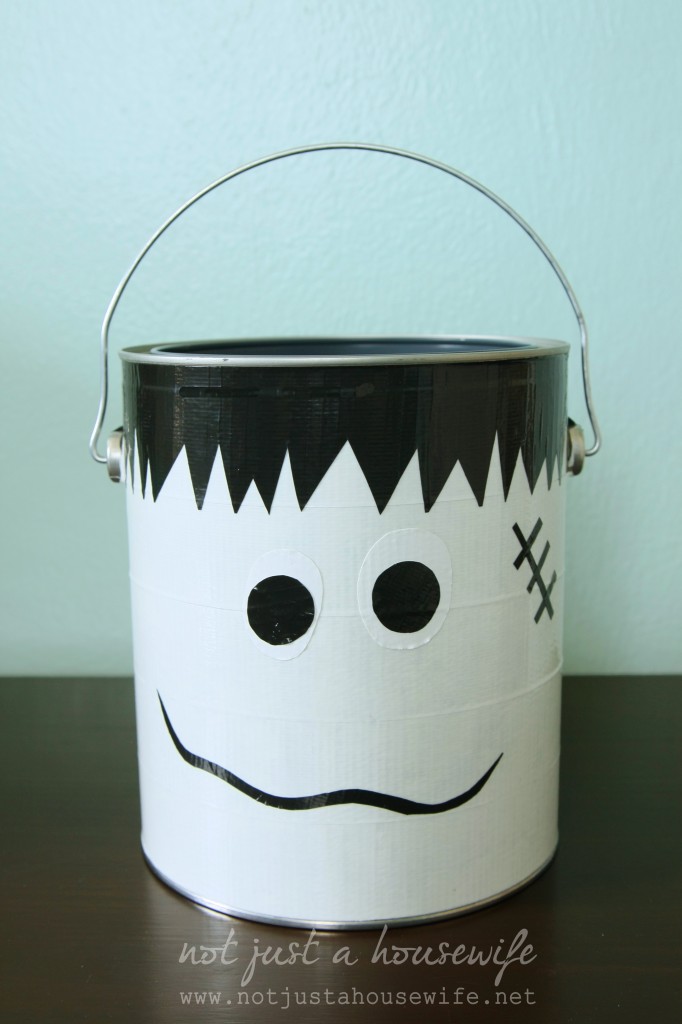 And here is what you will need to make one: 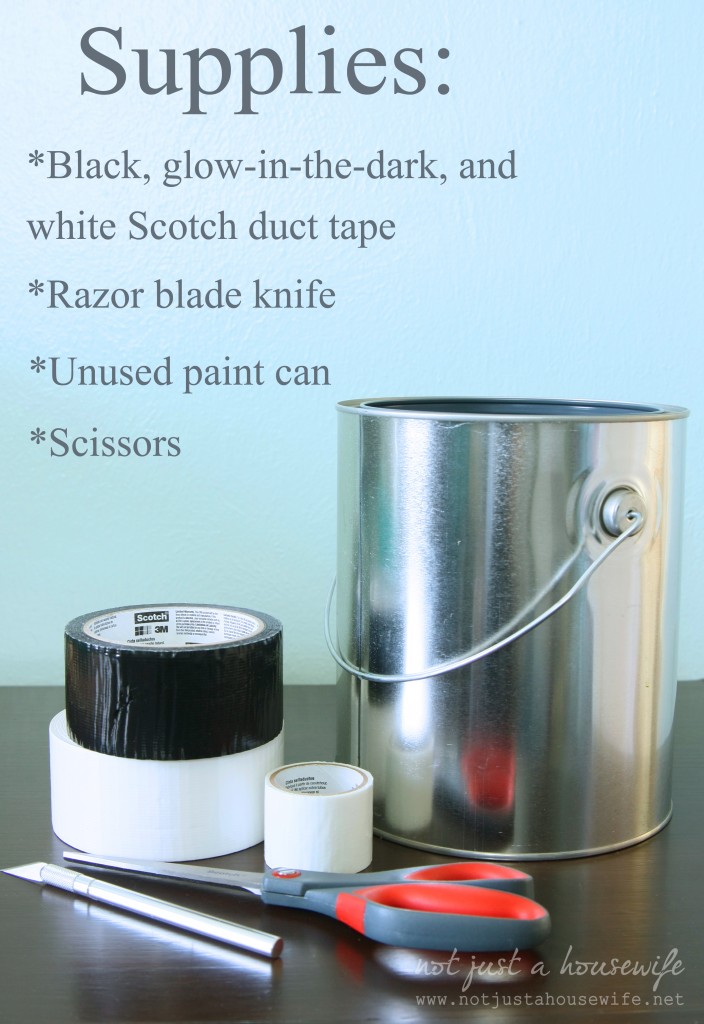 You can use any kind of container that you would like. I just happened to have extra paint cans left over from when I organized my office closet so I used them. You can buy them at home improvement stores and they are inexpensive. 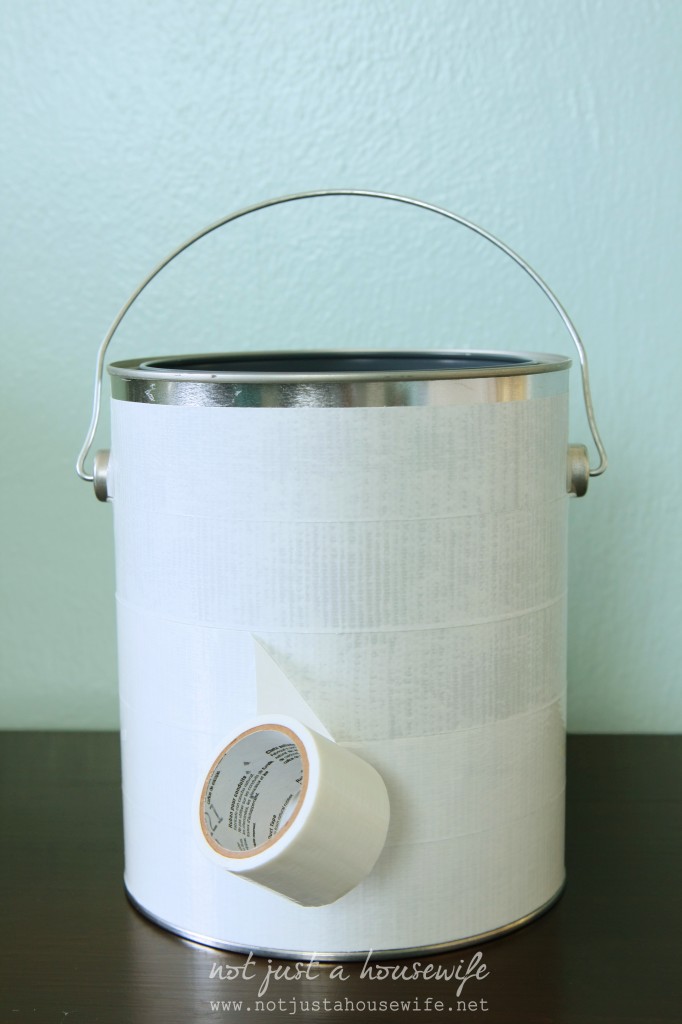 I wrapped two layers of glow-in-the-dark Scotch® Color & Pattern Duct Tape  around the paint can. I figured if it was a little thicker, it would glow better. 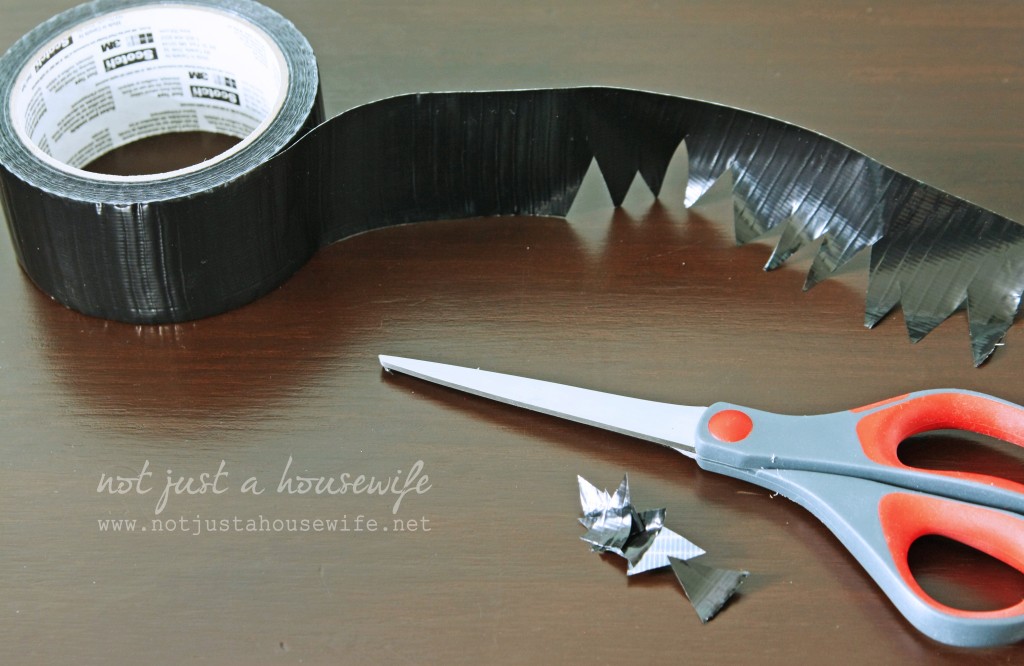 Then I cut out the hair. I just cut out triangles of different sizes along the edge of the black tape. I tried to make them irregular. 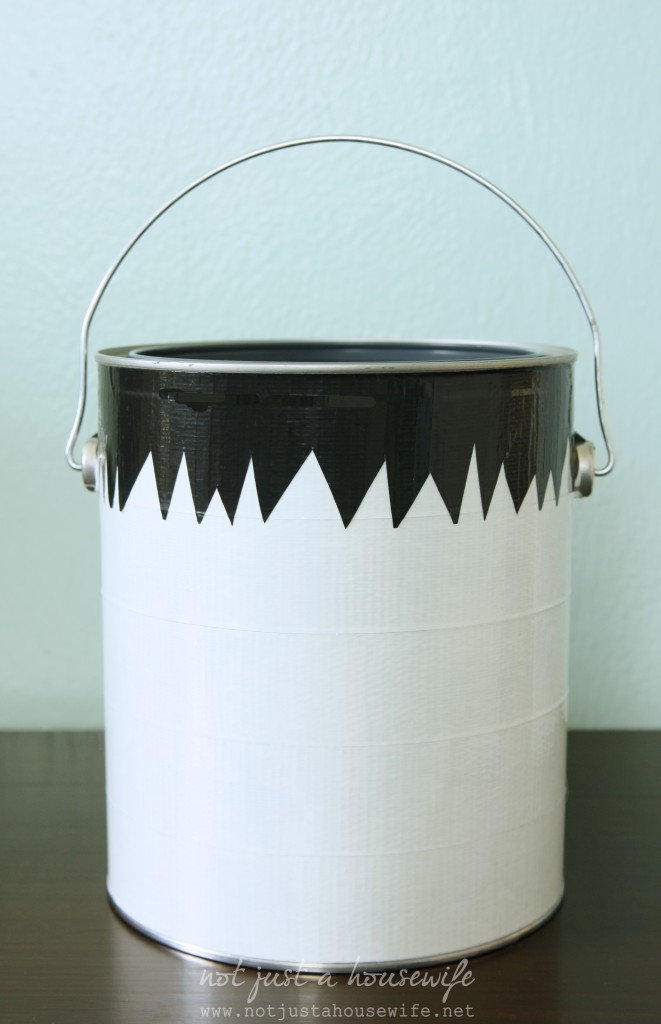 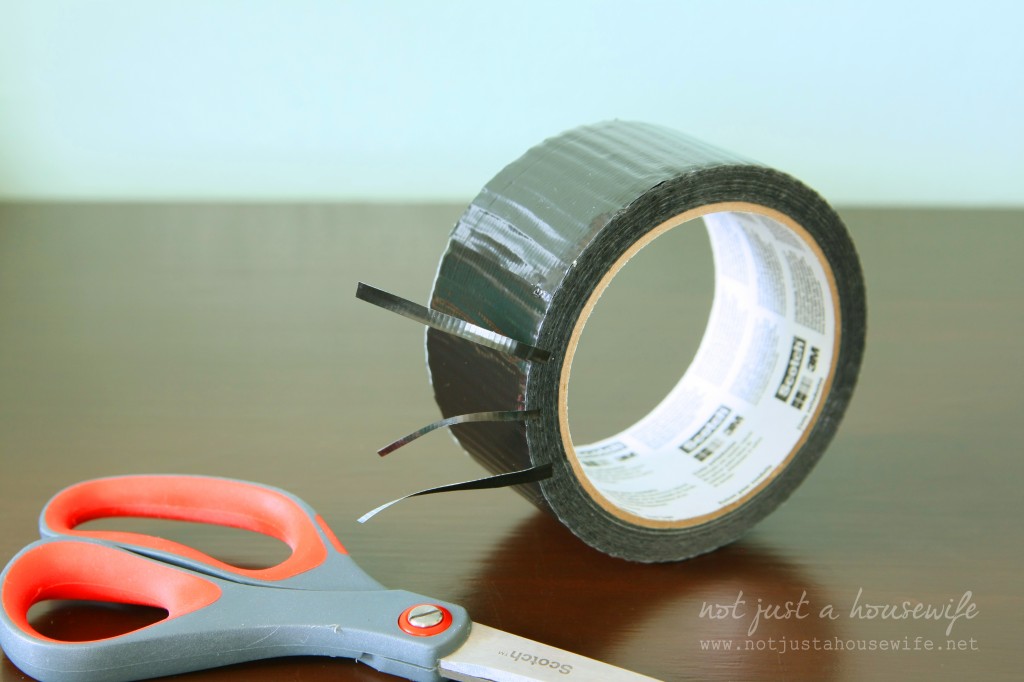 I cut some thin strips to make Frankenstein's  stitches. 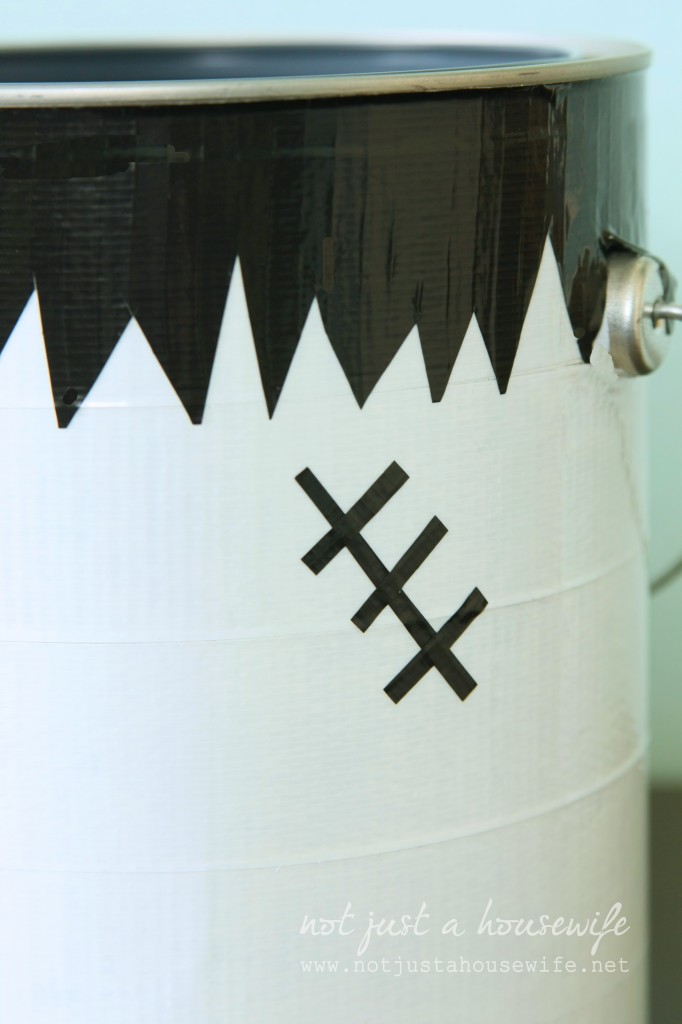 I used the razor blade knife (X-acto knife) to cut a wiggly line in the tape for the mouth. 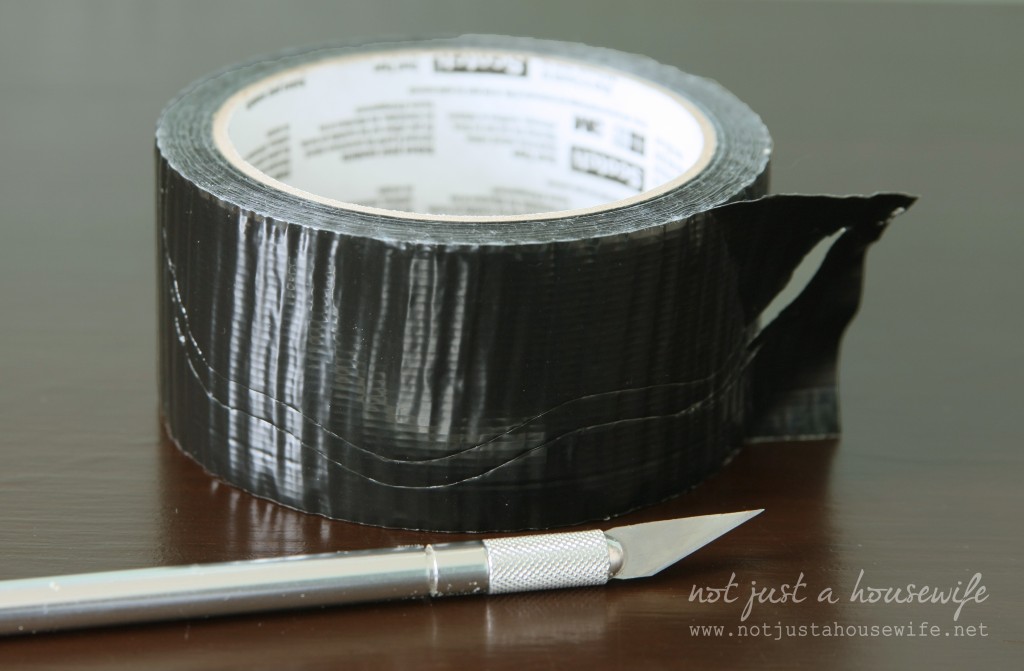 I then cut ovals out of the white tape for eyes. I used the razor blade knife again. I found it a little easier than with scissors. I didn't want to use the glow-in-the-dark tape, even though it kind of looks white, because I didn't want the eyes to glow. If they did, they wouldn't show up against the face. I used the black again for the center of the eyes. 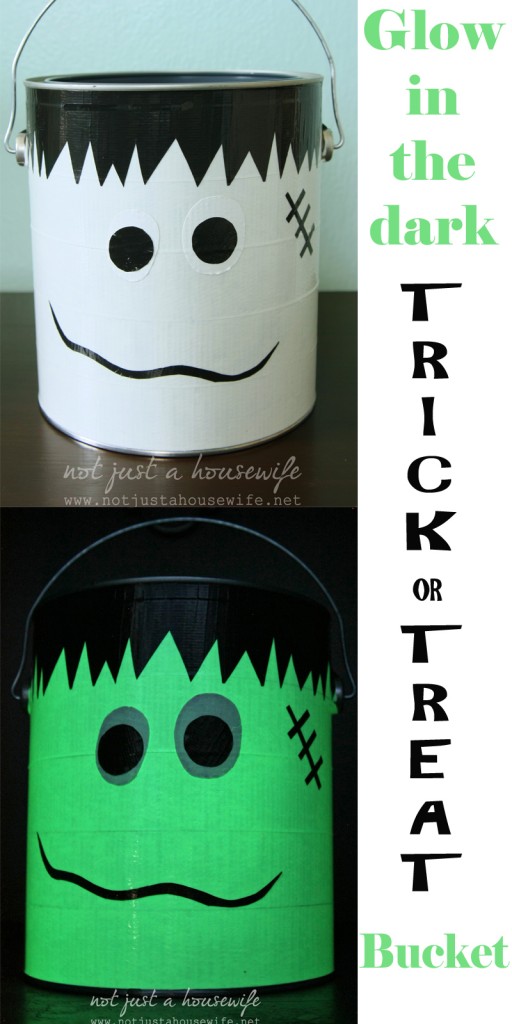 Just like anything that is glow in the dark, it needs to be exposed to a light source in order to then glow in the dark. The glow stayed strong for about 5-10 minutes (depending on how long it was exposed to light and how long it was exposed) and then slowly started to dim. Luckily we always have a flashlight when trick or treating. We can use the flashlight to re-charge the bucket. I actually made this project back in April, so we have had a long time to test it. My boys have had fun playing with it.

I don't have little girls, but I think this would make a cute witch bucket as well.

Do you like Halloween? What are your kids (or you) going to be for Halloween this year?

*This post is a collaboration with Scotch® Color & Pattern Duct Tape, but words and opinions are my own.