I wanted to do something a little different today. As part of my one year celebration I wanted to have a little fun. I have said it before, and I will say it again, I HAVE THE BEST READERS EVER!!!!! I feel like I know some of you better than others though. I though a good way to fix that was to have a  Linky party where you link up a post (or your "about me" page) all about YOU!  Then I can click on the links and read more about you guys. I am a pretty open book. If you have been around a while you probably know almost all there is to know about me. But I will dig a little deeper and try to write some new stuff :) I'll go first, and then I would love it if you would link something up. It doesn't have to be long and it can be something you posted in the past.

I grew up outside of a small town in the country. I was a major tom boy. I loved bugs, animals, gardening, well...basically anything that was outside :) I even had short hair like a boy!

(Warning: these pictures are scans and terrible quality) 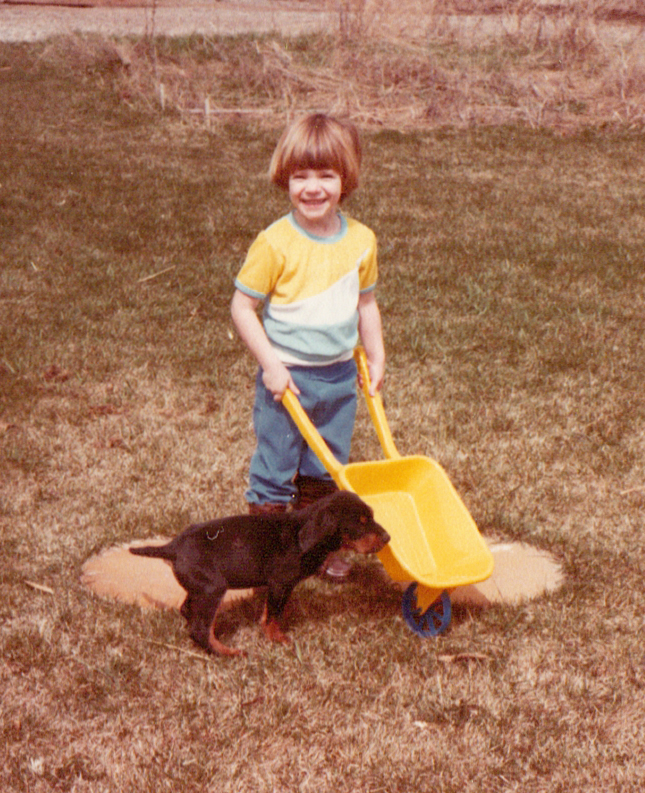 I loved going into my dad's shed and getting the hand saw and hammer. I would sit in the wood pile and build away. My dad was not  a builder. I didn't grow up seeing anyone doing that. I think that we all came to this earth with talents and interests. I was blessed to grow up in a home where I was allowed to experiment with them.

My mom was a teacher who chose to stay home with us. She is very creative and has a love of antiques. I think a lot of my design aesthetic comes from growing up surrounded by her creations and collections. 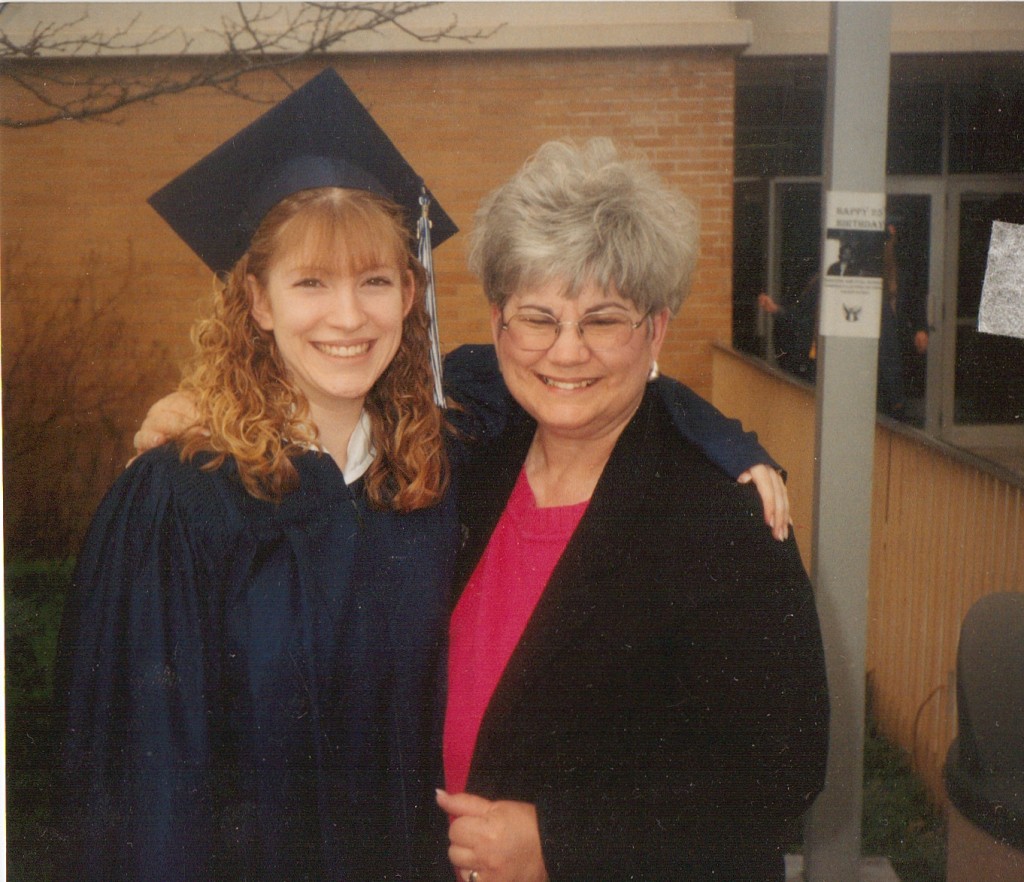 My dad was a milk man. He had gone to school to be a counselor for troubled youth but realized that he would have to live in a big city to really do that well.He didn't want that so he stayed doing the job that he had worked through college. My dad loved it and through that job was actually able to help many young men that worked for him turn their lives around. No matter what you are doing in life, you can find a way to use your talents and skills to help others. My dad passed away from cancer when I was 15. 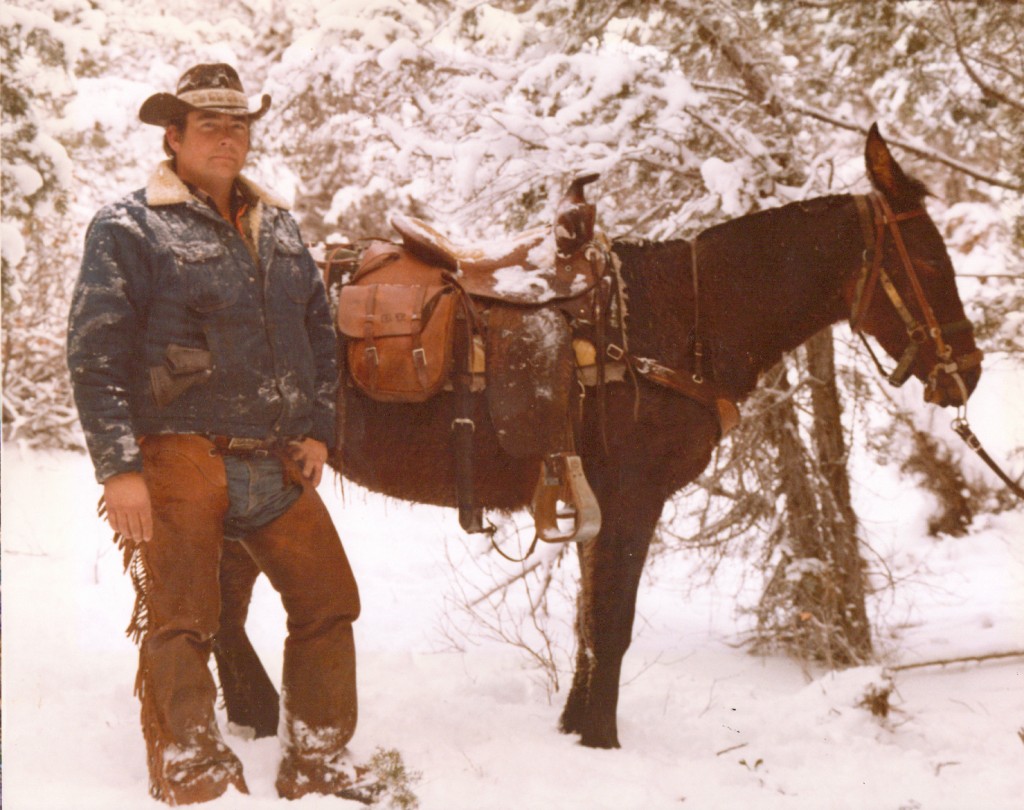 I went to college in Idaho. I had not planned on going there. I had a college picked out in Utah. I had a job, a place to live, and a scholarship. But I felt prompted to change my plans and go to another school. I met my husband there :) It was love at first sight. There were many challenges getting from "meeting him" to  "dating him"  but it was worth it in the end.  He is a small town country boy. He went to school for architecture. He is happy in a small town and understands my need to be creative. He is not perfect. I am not perfect. But we are a perfect match. ( I don't care one whit that it sounds cheesy!) 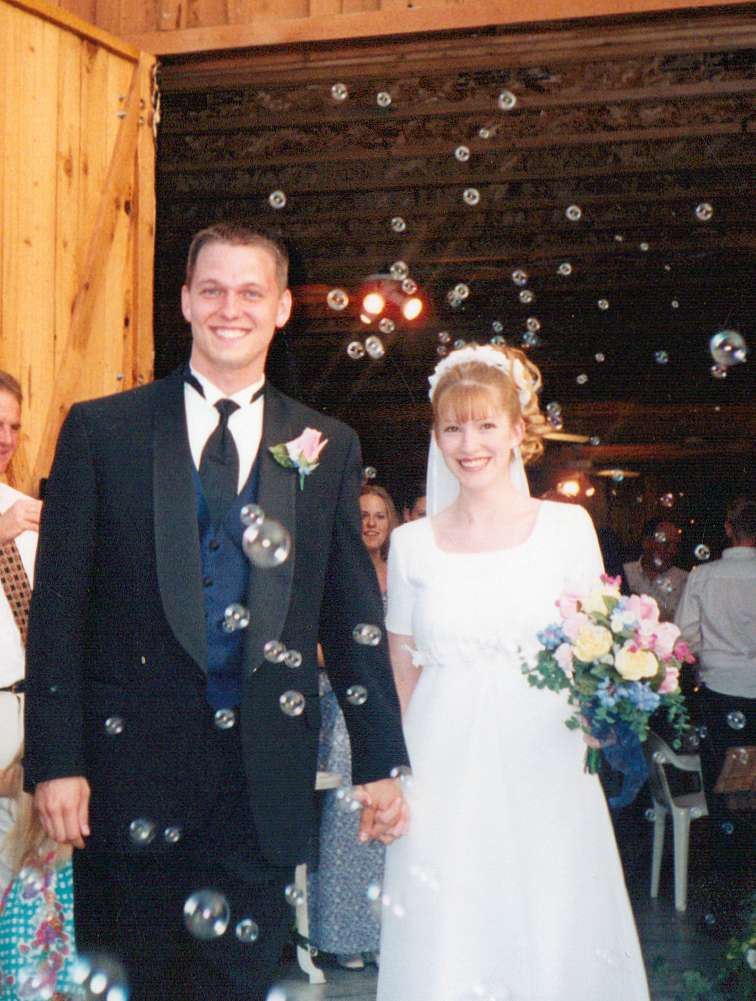 We chose to marry young. He was 24 and I was almost 21. We also had our first son pretty soon. We had been married only a year and a half when he was born. We were very poor while my husband went to school and I stayed at home with our little boy. We moved to Las Vegas, Nevada so that my husband could go complete the architecture program. It took him twice as long because he was working full time so I could stay at home with our little guy. I had 2 more kids while we were there. Everyone in the program was single and younger than my husband. Everyone thought it was a little weird. But it worked for us :)

We bought our darling 1938 home while we were dirt poor and living in Vegas. Everyone thought we were crazy (including us).  My sister was looking for a new house and asked me to go online to look at the houses she was considering. One time I felt like I should look at homes that were for sale in my home town. I did. I was scrolling through them all when I saw our house. I started to cry. I felt so strongly that it was suppose to be our home. It took me off guard that I would have such a strong reaction to a house. Especially since we were not even in the market for one. I decided to do an experiment. I had my husband scroll through them when he got home. I  said nothing to him about my earlier reaction. And he did the same thing!!! He started to get emotional and he said "I think we are suppose to buy that house." Keep in mind that we had NO money. We were living off of mac and cheese for crying out loud! How the crap were we suppose to buy a house??? Oh, and there was the little fact about us being in Vegas and the house being in Utah. Minor detail, right?

Well to make a long AMAZING story short (maybe I will share the full story another day) we bought the house and rented it out to some good friends until we were done with school and could move in. I had 2 years to plan. I had 2 years to pick out paint colors. You should have seen my folder! Crammed full. The day we moved in was one of the best days ever! I had a blank canvas for all of my ideas :) It has been 4 years and we are no where near done. 2 lay offs, and a host of other bumps in the road later,  have made the renovation process a little slower than I would like. But it will get there. One project at a time:)

Okay, some things you may not know about me....hmmm. I love candy. Sugar is a major weakness for me. I love chocolate and black licorice the best.

I think I have the longest arm hair in the world. Which is why I shave it.

I really, really want a milk cow. I don't know if I would drink the milk, but I want one anyway. Actually, I want to live on a full fledge farm. That is why we have chickens and ducks and a huge garden. It is the closest I will probably ever get :)

I want to be the voice of a cartoon character one day.

I write children's stories and illustrate them. One day I will be brave and send one to a publisher. . .

I am really brave when it comes to approaching people in emails but in person I am more shy. At least at first. I don't think my friends and family would say I am shy! But until I get to know people I can be quiet.

OKAY!!!  I spilled the beans about me and now I want to know a little something about you. So link up baby!!!