My little guy (one of my little guys...) had a birthday last week and so we had a party for him. He loves all things army. I should probably preface this post by saying that I normally go ALL out for parties and make EVERYTHING. I have this sick obsession with seeing how cheap I can make a party. I once had a party with 25+ kids and spend about 40 bucks.

This was not the case this time. This Spring has been super busy and I just didn't have the time to devote to it. Luckily for me my sweet boy didn't notice and he LOVED every second of it :) I did make the invites though. I cut out 6"x6" square of army paper and then used my Silhouette to cut out some dog tags out of grey paper. I glued the dog tags to the paper . I wrote PRIVATE_______ on each dog tag and on the back of the square wrote the info using Army lingo. (yeah, no pic. LAME)

I probably should have waited until all the  presents were on the table be fore I snapped a picture. It would have looked a little better. But oh well. I would also like to point out my epic failure of a cake. It looks like a soccer ball! It looked a lot better in my head.  AND I am lazy so I didn't put my "housewife" watermark on the pics. The Birthday Blog is my other blog.... 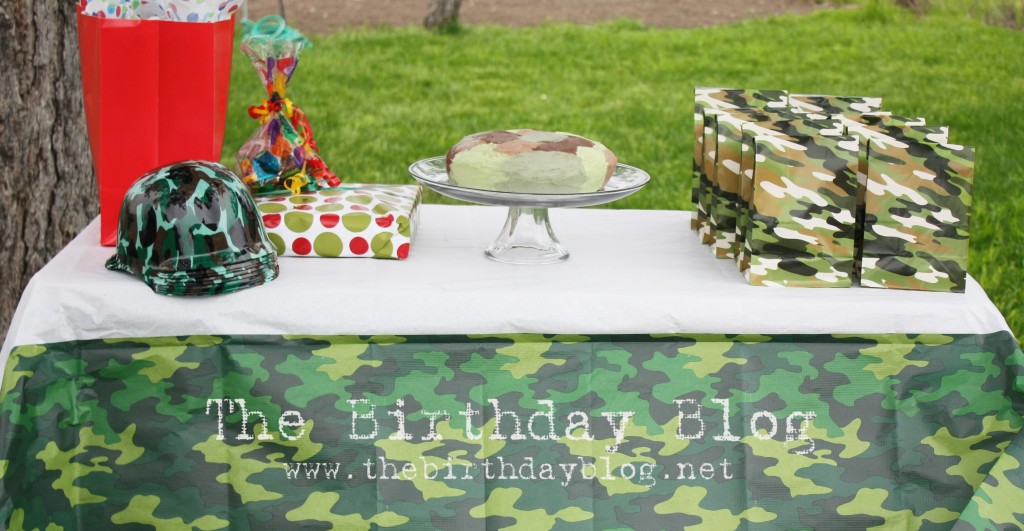 We started with a game of Sargent Says (Simon says) with my hubby being the Sargent. Bless his heart, he got really into it. He dressed up in army colors, had a whistle, and even taught them army songs.

Then once all the kids arrived we did an obstacle course.  They had to go through the hula hoop, walk across the plank, climb over the first rope and then under the next, hop across the stones, run around the barrel, weave through the crates and crawl under the tunnel. 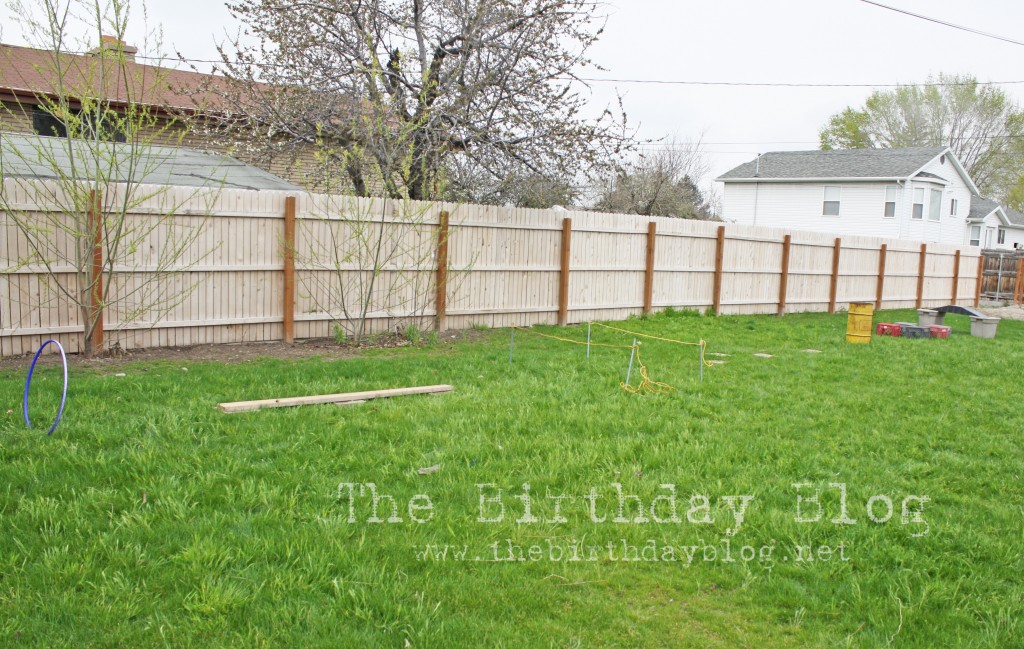 And before anyone points it out, I know my grass is ridiculously long. IF it would stop snowing and raining here for 2 seconds I would gladly mow it.  It was even raining on us during the party. I just told the boys to buck up. We were at Boot Camp, right? 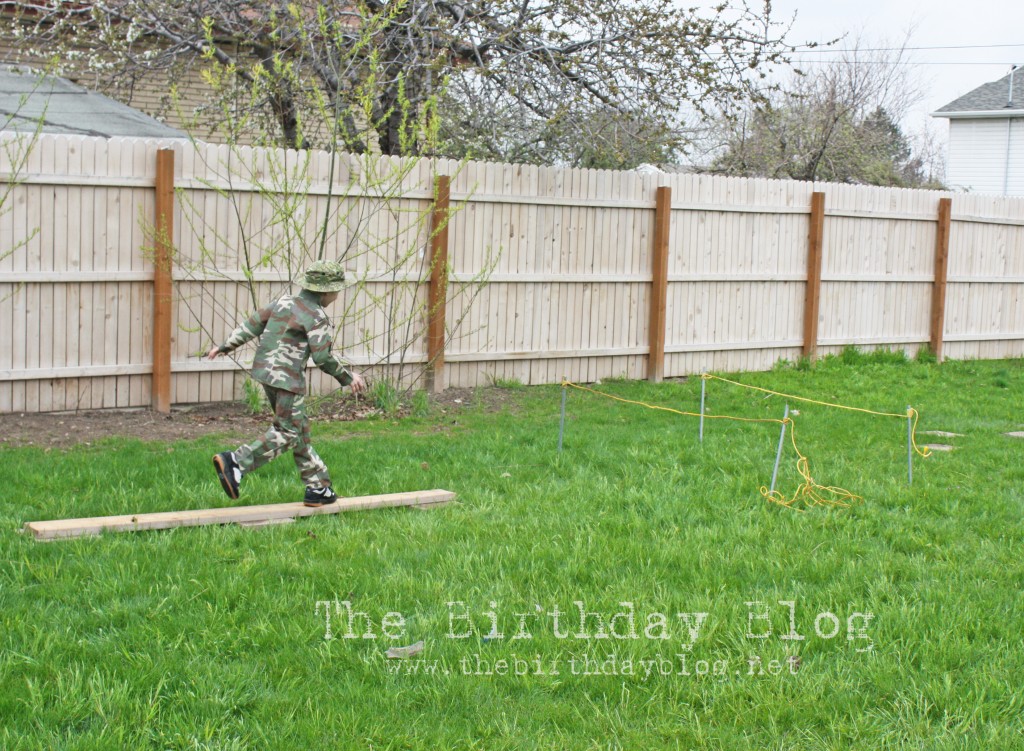 Then we pretended the birthday boy was a wounded soldier. The kids had to bandage him up using strips of cheap fabric. The they had to use team work to carry him to the "hospital" on the blanket. All the kids got turns to be the injured one. They loved it! 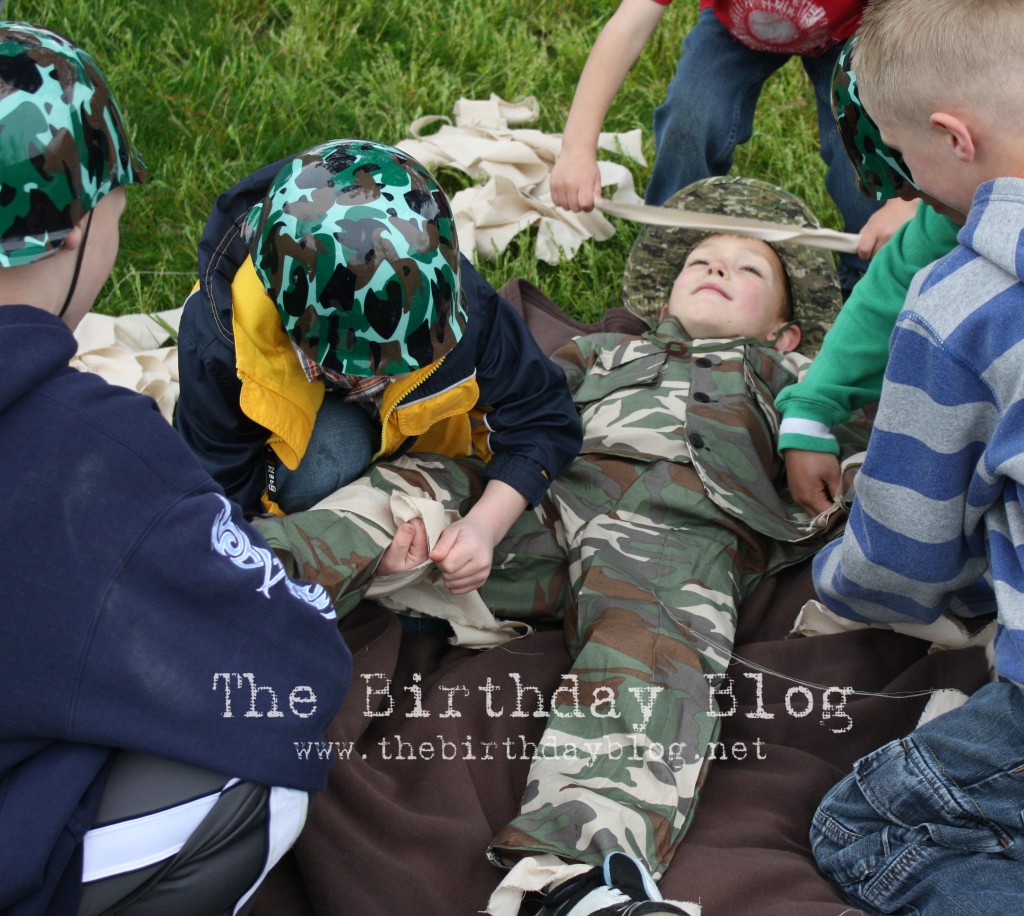 I was able to find the water balloons that look like grenades. I only had time to fill up half (50 or so). We used the barrel from the obstacle course as a target. 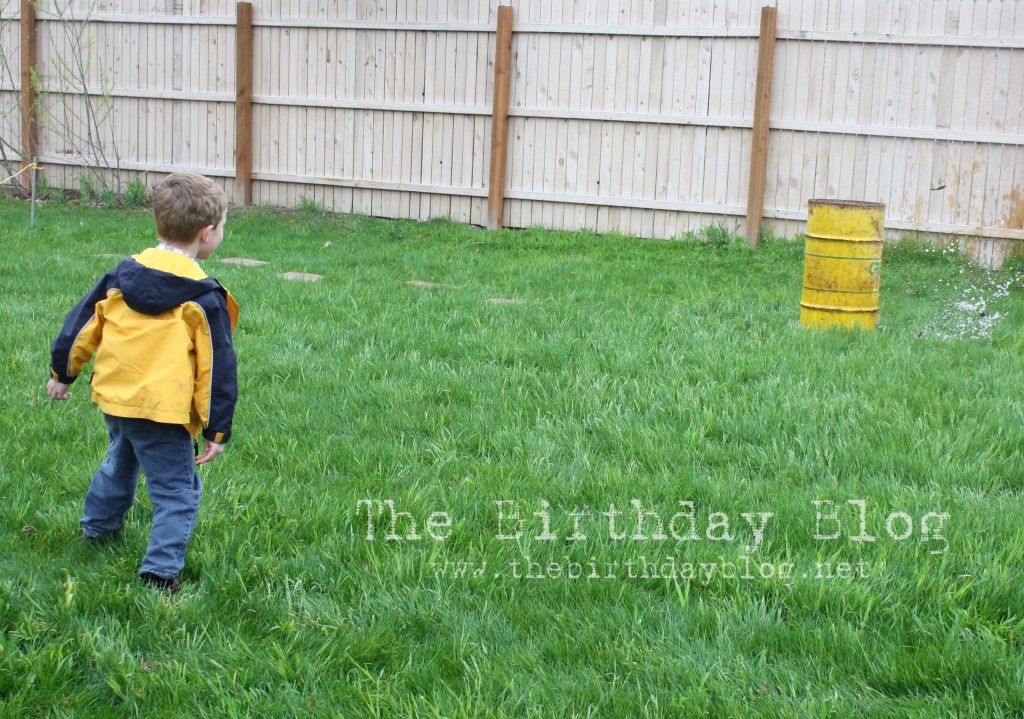 Here are the gift bags. I realized when I was just about done with making them that I needed a picture. I gave them more candy than that (I am not stingy) but you get the idea. 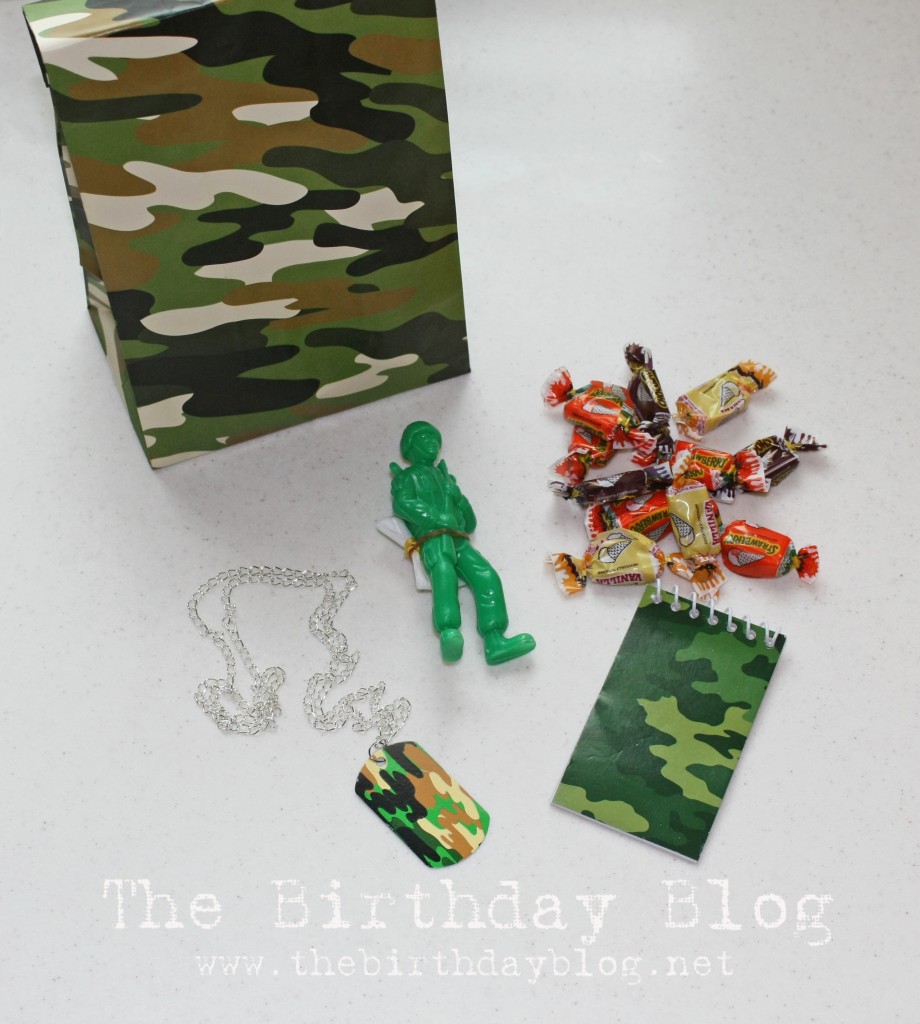 I got about a dozen random hugs from the birthday boy through the day and heard him say "This is the best day ever!" about 100 times. Birthdays are so fun! 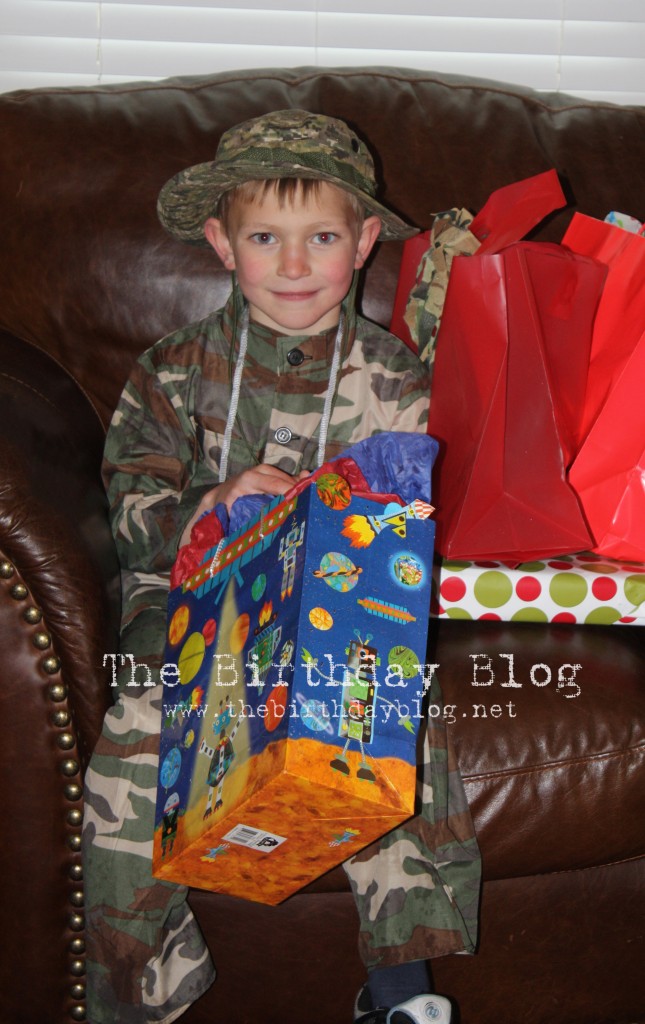