***UPDATE: The winner of the giveaway is Erika Wycoff***

Aaaaahhh!! You guys! Do you ever start a big project that takes forever and you get ¾ of the way done and are convinced it will never actually get finished?  That has been me with this bathroom project. There were many days I wanted to just sit on the floor and rock while I stared at my "never going to be finished" bathroom.

I felt like every time I went to do one little thing, I had to do a billion other things before I could get the one thing done. And then we kept having mysterious leaks so I was afraid to put the ceiling up. I felt like I kept opening up one can of worms after another.

But, I am proud to say that after many days, two all nighters, half an apple pie and lots of  KitKats that I am several projects closer to being done. The urge to curl up in the fetal position in the corner has vanished and I have hope we will have one functioning bathroom this week :)

So today I wanted to share what I have done so far and then I have a fun giveaway for you from HomeWerks. 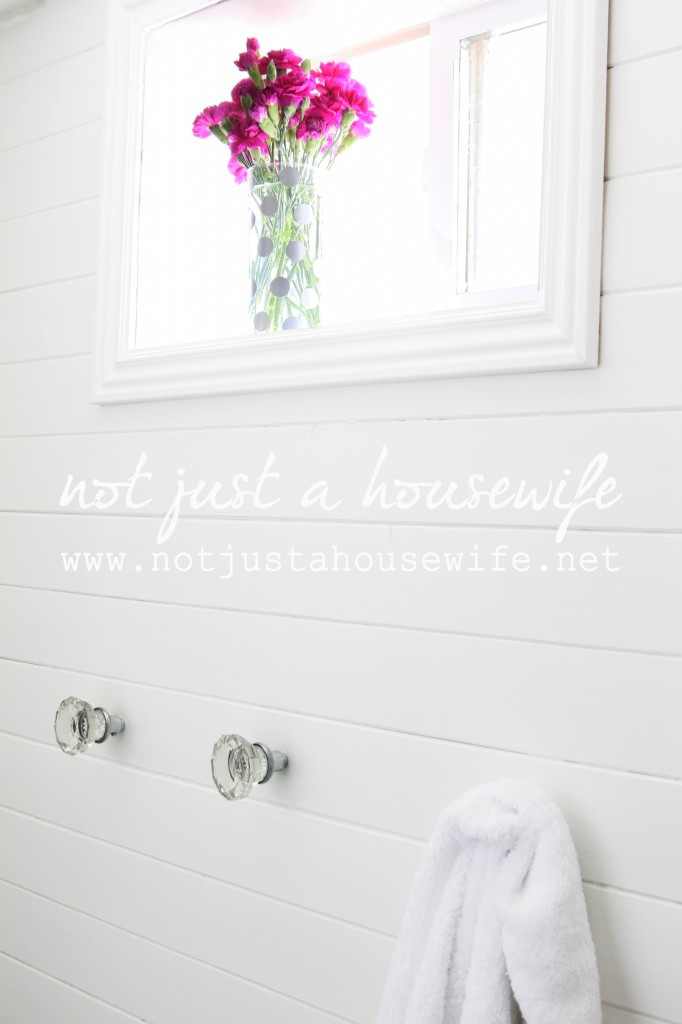 I had a plethora of design challenges in this space so the planning  process took longer than usual. The ceilings are low, there are pipes sticking out everywhere in places there shouldn't be pipes, and it is TINY. It is a basement bathroom in an old house that was added as an after thought. The previous owners added the plumbing and had the shower installed. That was as far as it got. So I have basically had to create a bathroom from scratch, only I didn't get to pick the floor plan. 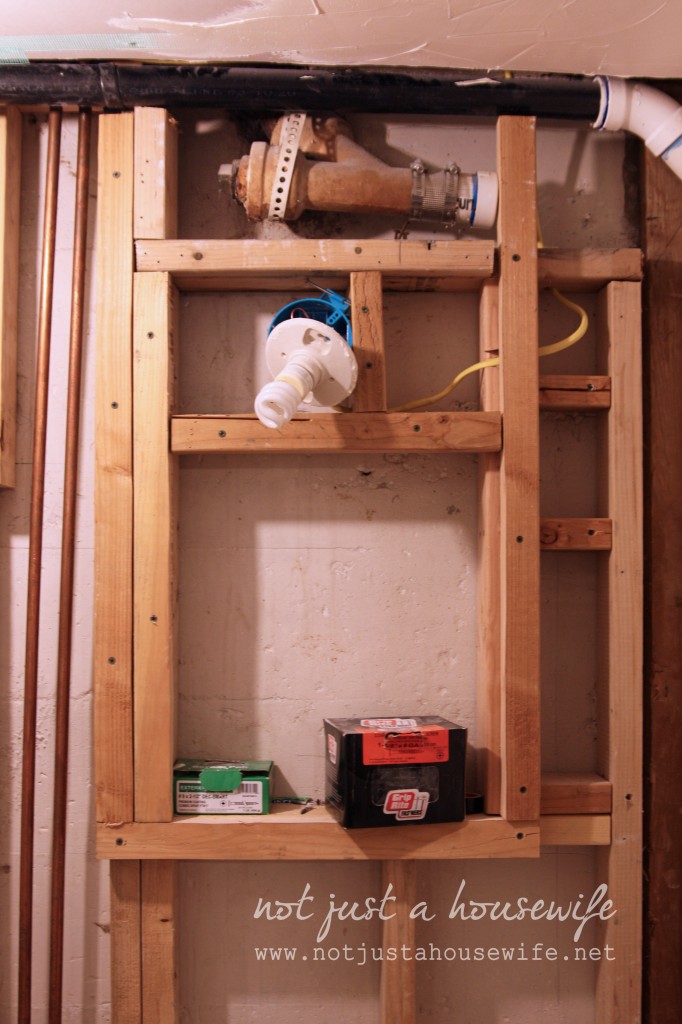 (pipes sticking out farther than the furred out walls)

I will talk about the design challenges more when I reveal the entire space. But one of the challenges I had was how to make such a tiny bathroom luxurious.  Normally when you think of a luxury bathroom you think of a large grand space with a huge  jetted tub, big windows with amazing views, and a room built and decorated with the most expensive materials. Well, I wanted this bathroom that I would only be sharing with my husband to FEEL luxurious even though it is doesn't fit any of those criteria.

I did choose marble tile which was, to me, a step up from ceramic. It was the cheapest marble tile I could find mind you, but it looks more rich to me. I bought new FLUFFY towels. Thick ones that will me all mine. The kids can have the cheap ones :) 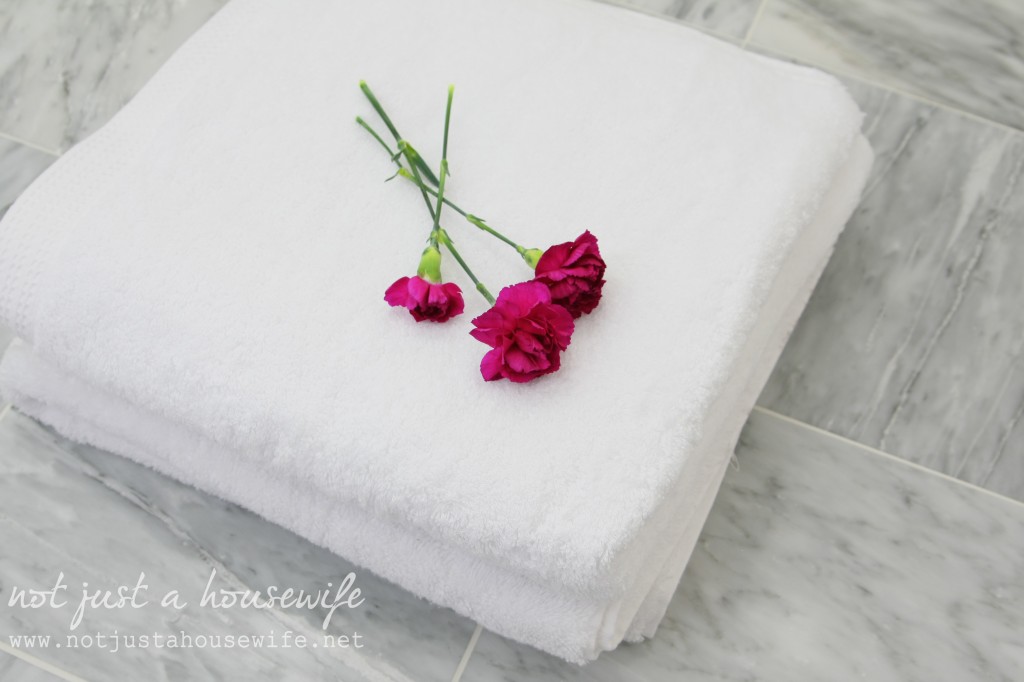 The shower stall that was already there was glass and chrome. I have NEVER been a fan of chrome in the past. But I decided that since I couldn't afford to replace the shower stall, I would roll with it. I picked out a chrome light fixture, a chrome faucet, and other chrome accents. And guess what? I LOVE it! Yep, I am totally crushing on polished chrome. It is like the jewelry of the room. 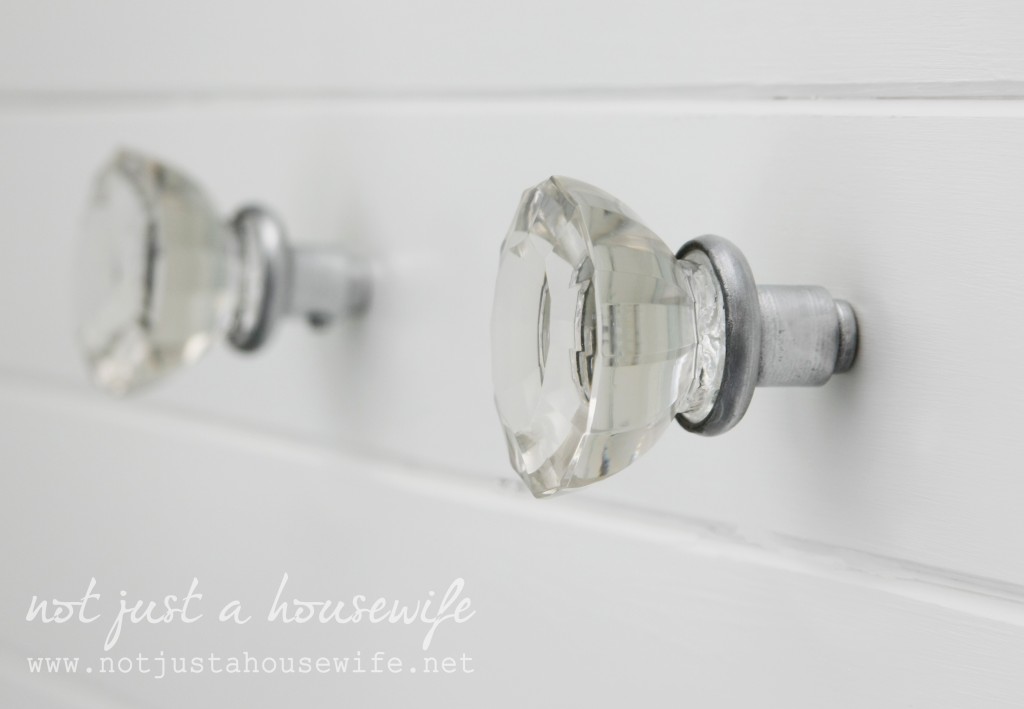 Another way I am going to try to glam up the bathroom is to add fresh flowers when I can. I add them all the time to the rest of my house so why not in the bathroom as well? It makes me feel like I am in a nice hotel. 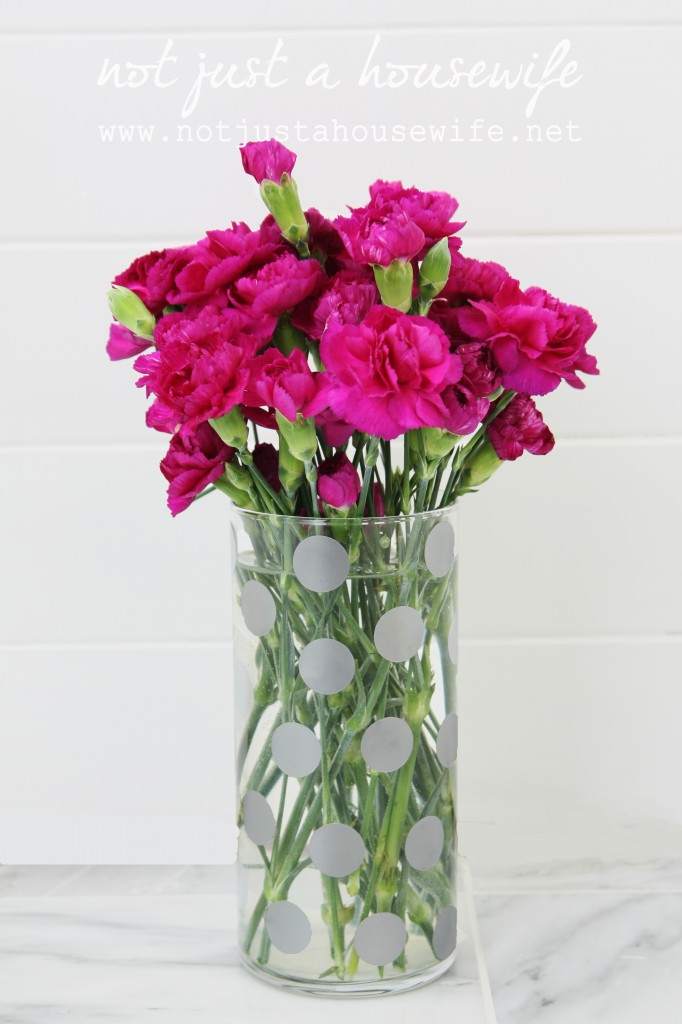 The last thing I will mention today is something I never would have thought of on my own. I was contacted by HomeWerks about reviewing their Bluetooth Bath Fan. I am going to be VERY honest and say that my first thought was "Why in the world would you need a bluetooth bathroom fan?" I am not a gadget person. I could care less about having the latest "thing". So it did not appeal to me at first. I casually mentioned it to my husband and he got very excited. "I hope you said yes!" he said.

So I said yes, for my husband.

Because I was starting with a corner in my basement that had a shower stall, I framed the walls and then had my friend who is an electrician come help by adding electrical for the future fan. 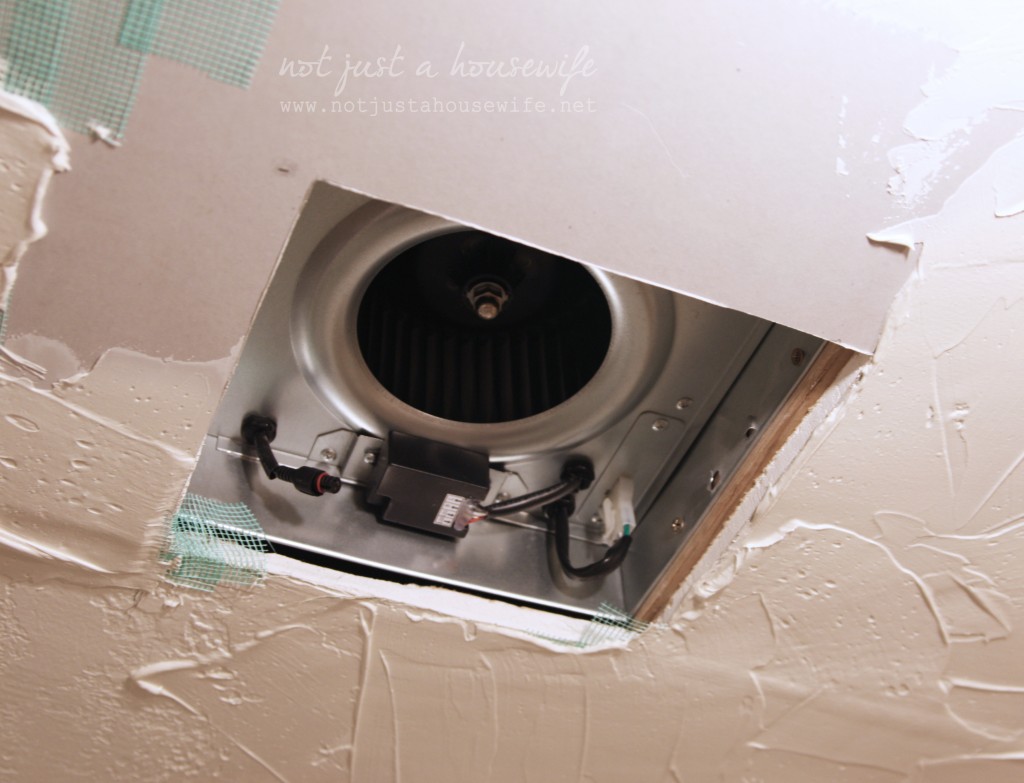 He even mimicked my original sentiments about "Why?"

I love it. And my friend now wants one for his house too!

I listened to music while I was painting, adding molding, folding laundry in the next room, and showering. I think it takes my bathroom to a new "luxurious" level.

The onyl possible downside is that I may have a hard time getting these monkeys out of the bathroom :) 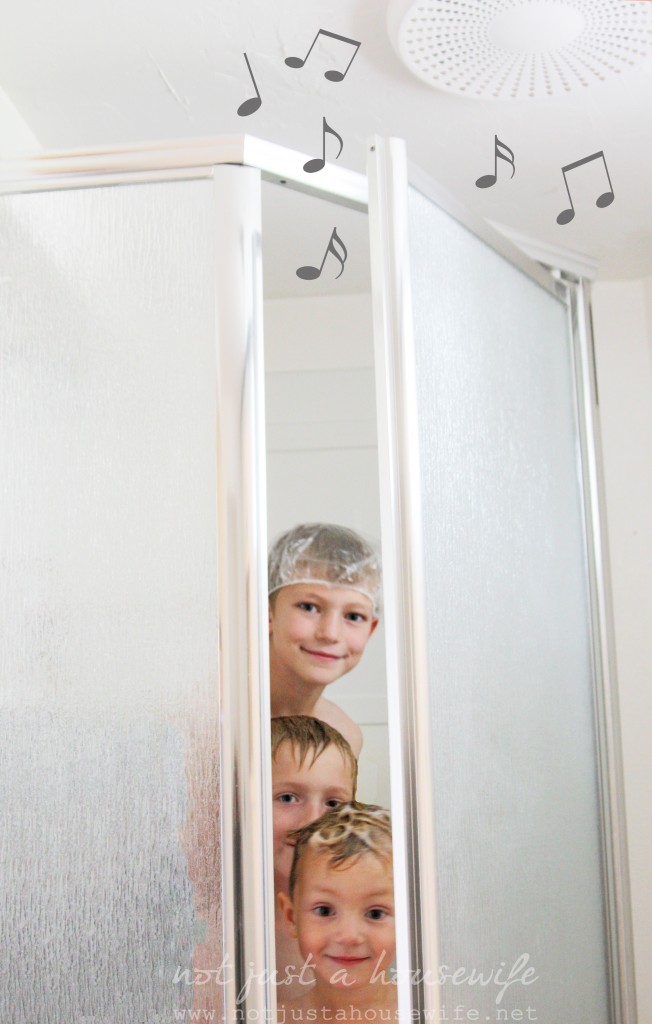 The fan itself is SUPER quiet. The fan can stream music from your device ( smartphones, tables and laptops, etc) from up to 30 feet away.

It is easy to install (especially if you already have a bathroom fan!) and is very reasonably priced. They are sold at Home Depot and other Home improvement stores.

And, on a side note.... I love the shape and design of it. I love that it is a circle and has "polka dots" on it. Sorry. I just had to throw that out there too. Fans are not usually attractive so I was pleasantly surprised. 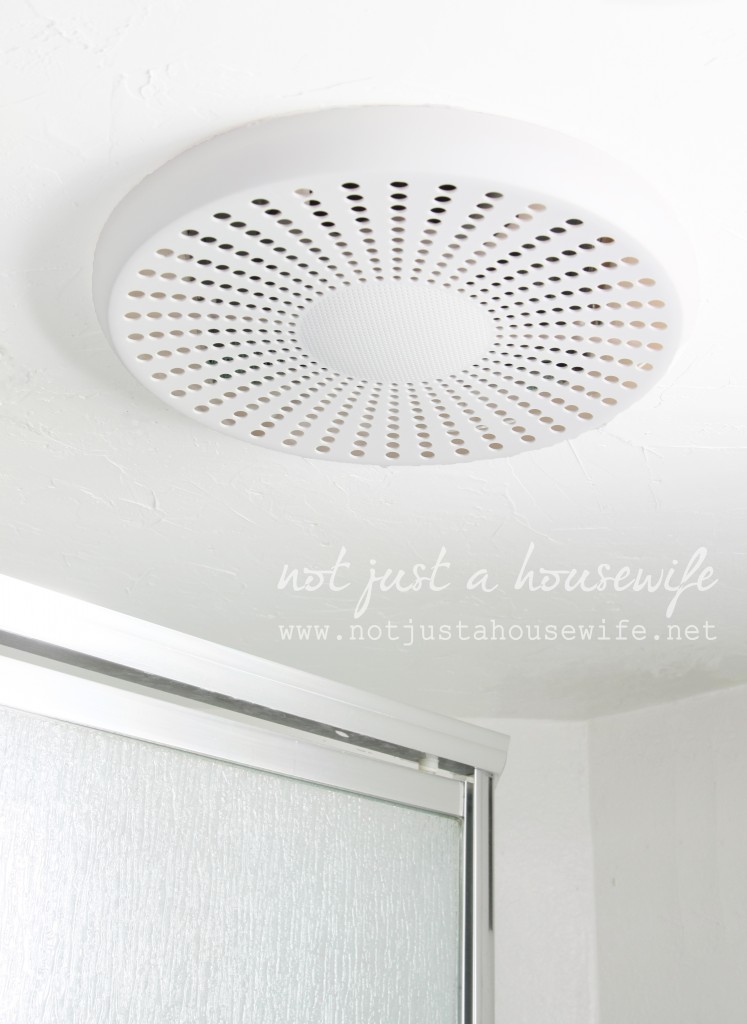 So to recap on how to make your bathroom more luxurious:

*Splurge on something (mine was the marble tile) 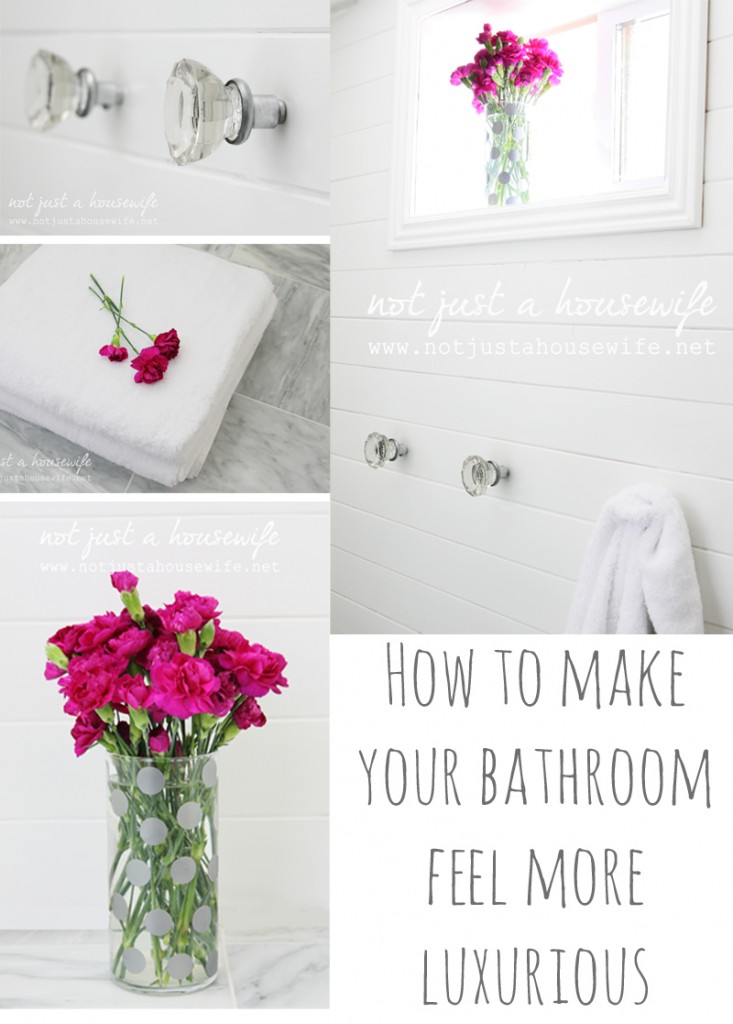 HomeWerks if offering to give one of YOU a Bluetooth Bathroom Fan AND a $100 Home Depot gift card! Wahooo!

Homewerks is also giving away fans through October 15, 2013 on their Facebook page. To enter, simply ‘like’ the page for a chance to enter.

If you have any issues using rafflecopter please let me know. Thanks!

*Must be 18 years or older to enter. Giveaway runs from October 10th until October 16th, 2013. The winner will be notified via email and will have 48 hours to respond before another winner is chosen.

*This was a sponsored post on behalf of HomeWerks but as always, the thoughts, projects, and opinions are all mine!