THIS GIVEAWAY IS CLOSED

I was very excited when Black and Decker contacted me about reviewing their new steam mop. I had been thinking about getting one. The whole "kills 99.9% of germs" thing was very appealing. I told my husband that I was going to be getting one and my 4 year old got SUPER excited. "I've seen that on TV!" and then he proceeded to tell me everything about it. Right then and there I KNEW I had to make a video of him and the steam mop.

My sweet little guy is such a clean freak. He has been that way since he was teeny tiny. He can't stand things left on the floor, cabinet doors left open, or messy counters. He always cleans up after himself too. (I know, I should shut up before you ALL hate me)

Also, he is a soft spoken kid so turn up the volume.

My OCD 4 Year Old and His Steam Mop 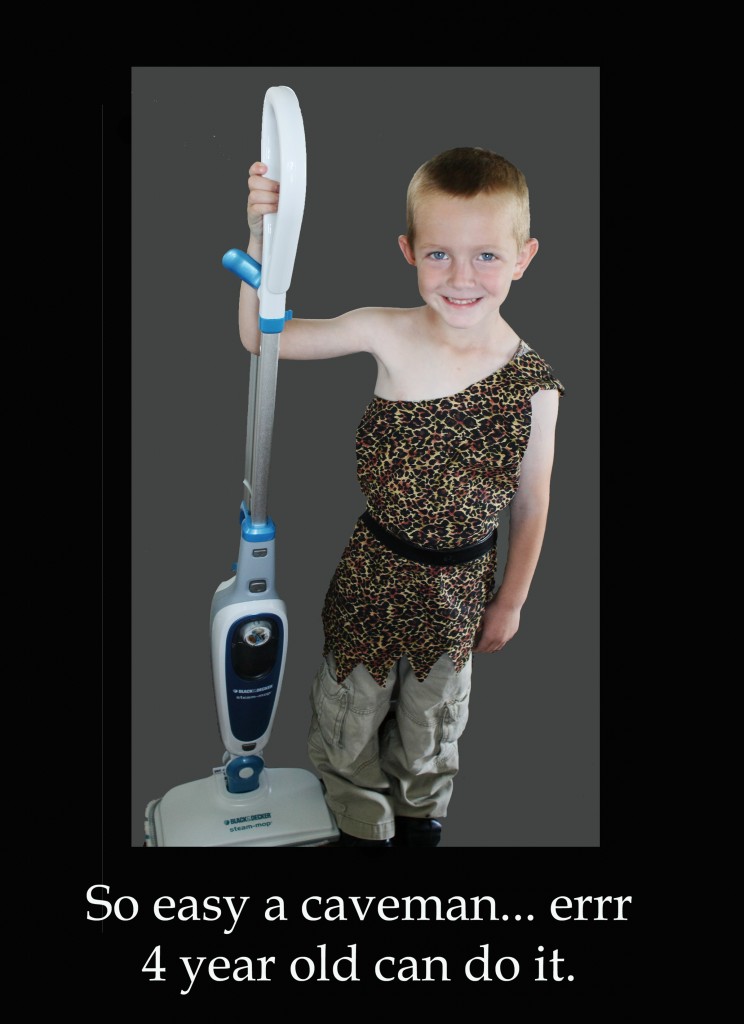 Thanks for taking the extra 2 minutes to watch that :) Now for the giveaway!!!

You could win your own Black and Decker Steam Mop with Smart Select!!!

*Leave a comment telling me about the biggest mess you have had to clean up.

And that is it! Easy peasy. I will announce the winner next Monday (August 8th). Thanks and good luck!